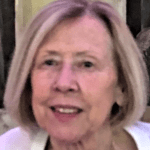 Mrs. Gail E. Braig Perachi, age 81, of Pittsfield, passed away Friday, March 12, at Baystate Medical Center after a brief illness. She was born in Hillsdale, NY, July 31, 1939, the daughter of the late Frank and Edna Glynn Braig. She was educated in the Roeliff Jansen School in Hillsdale. Gail graduated from the former St. Luke’s Hospital School of Nursing. Registered as a Nurse, she began her career at St. Luke’s prior to becoming employed at the former Providence Care Nursing Center on Pittsfield Lenox Rd. Most recently, she was employed at BCARC.
Her beloved husband, the late Louis J Perachi Jr., whom she married October 14, 1967, passed away September 7, 1998. Together they enjoyed traveling, especially their annual trips to Cape Cod. Gail loved sending and receiving flowers as well as the “sport of shopping” and was also an expert in all “games of chance”.
Gail was predeceased by her brothers Thomas J. Braig of Hillsdale, NY and Donald F. Braig of Poughkeepsie, NY.
She is survived by her two sisters, Joan M. Traganza of Copake, NY and Louise A. Gansowski and her husband Thomas, of Ancramdale, NY, her brother-in-law and sister-in-law, retired Judge Paul E. Perachi and his wife, Janet, of Pittsfield, and her 9 nieces and nephews.
SERVICES: Calling hours at the DEVANNY-CONDRON FUNERAL HOME will be FRIDAY, March 19th beginning at 12 Noon with a funeral home service to follow at 1:30 with the Rev. Msgr. Michael A. Shershanovich, pastor of St. Joseph’s Church, officiating. Burial will follow in St. Joseph’s Cemetery. Please be mindful that Covid-19 restrictions remain in place with masks required and attendance limitations.
In lieu of flowers, memorial donations may be made payable to either “St. Jude’s Children’s Hospital” or to the “Berkshire Humane Society”, both in care of the funeral home, 40 Maplewood Ave. Pittsfield, MA 01201 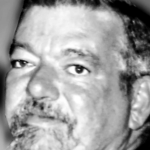 Mr. Thomas Knight Hartigan, 71, of Chatham, passed away on March 11, 2021. Born on October 10, 1949, the son of the late William and Margaret Knight Hartigan, he graduated from New Lebanon Central High School and attended Marquette University in Wisconsin.
For many years, Tom worked alongside his brother John in Hollywood, CA. There he helped with the production of special effects for John’s company Ultimate Effects.
Among other things, enjoyed living at his family’s cottage on Queechy Lake in Canaan, NY, building stone walls, history, and reading non-fiction.
Tom is survived by his sisters, Mary Ellen (Hartigan) Warkentin, sister-in-law Gail Hartigan, Margaret (Hartigan) McAvoy, brother-in-law John and Kathleen (Hartigan) Leaman, Elizabeth (Hartigan) Becker, and his brother John and Beverly Hartigan. Tom is also survived by 21 nieces and nephews (including 3 Godchildren) and 19 great nieces and nephews. He was predeceased by his parents, his oldest brother, William C. Hartigan, and his niece Joanna M. Hartigan.
Funeral Notice:
Funeral services for Mr. Thomas K. Hartigan will be Saturday, March 20, 2021, with a Liturgy of Christian Burial at 10 a.m. at the Immaculate Conception Church in New Lebanon, NY, celebrated by the Rev Gary Gelfenbein. Burial will follow at the Cemetery of the Evergreens in New Lebanon. Calling hours will be Friday, March 19, 2021, from 4 p.m. to 6 p.m. at the Dwyer Funeral Home, 776 North Street, Pittsfield MA 01201. In lieu of flowers, donations in Tom’s memory can be made to the New Lebanon Public Library, in care of the Dwyer Funeral Home. Please visit www.dwyerfuneral.com to leave condolences and remembrances.

Born July 15, 1927 in Altoona, PA, she was the daughter of the late Aston P. and Edna (Burkhart) March. Burial will be in Parkwood Cemetery Baltimore, MD. To leave online condolences visit www.saccofuneralhome.com

Born May 31, 1926 in Stockport, he was the son of Joseph and Carmela (Gramoglia) Sacco.

“Joe” was honorably discharged from the United States Navy after serving from 1944 to 1946 aboard the U.S.S. Bottineau.

His career was as a mason with the Bricklayers Union Local #6 of Albany, then with NYS Parks and Recreation for 10 years.

He worked on the many mansions within the Hudson Valley maintained by NYS Parks Taconic Region. He was also well known in the area as a skilled mason who would always put his trademark penny within the structures he built or repaired. Mr. Sacco was a New York Yankees fan and he loved to fish with his grandchildren. He loved to be outdoors, and was very meticulous with his lawn care.

Visitation hours at the Bates & Anderson Redmond & Keeler Funeral Home are Sunday, March 28 from 4 to 7 p.m. Funeral services at the funeral home are Monday, March 29, 10 a.m. Burial will be in Cedar Park Cemetery. In lieu of flowers, memorial contributions may be made to Shriner’s Hospital for Children. Visit www.batesanderson.com to leave condolences. 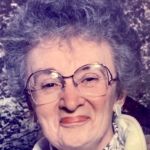 GHENT—Ann Ordway, 85, passed away March 26, 2021 at the Ghent Nursing and Rehabilitation Center of natural causes. Born October 11, 1935 in Chatham, she was the daughter of the late Wesley and Wilma (Bromhower) Howard.

She married Francis “Buck” Ordway August 10, 1957. Together they raised five children. Family was most important to Mrs. Ordway.

She was predeceased by her husband. She is survived by: her siblings, Kathy Williamson, Shirley Gensler and Wesley (Carol) Howard; her children, Forest Ordway, Bill Ordway, Brett (Cora) Ordway, Laurie (Red) Perry, and Ron Ordway; nine grandchildren; six great-grandchildren and many nieces, nephews and cousins.

In lieu of flowers contributions may be made in her memory to Community Hospice of Columbia Greene. Condolences may be conveyed at frenchblasl.com.