Born November 24, 1949 in Hudson, she was the daughter of Wells and Maybell (Joslen) Hamm.

For many years she was a sewing machine operator at the Hudson Knitting Mills in Philmont. She was a loving, devoted wife, mother, grandmother and sister who will be dearly missed.

She is survived by: her daughter, Geraldine Kresser; son, Gary Van Alphen; grandchildren, Richard and Kaitlin Jostlin and sister, Louisa Shook. In addition to her parents, she was predeceased by her husband, Gerald Van Alphen and siblings, Frieda Graham, Anna Powell, Fred Hamm, and Orion, Mary and Maggie Van Alstyne.

Graveside services at the Mellenville Union Cemetery will be held Thursday, March 25, 2021 at 1 p.m. Visit www.batesanderson.com to leave condolences. 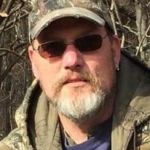 CRARYVILLE—Thomas D. Dotterer, 55, of Craryville passed away peacefully March 21, 2021 at his residence.

He was born in Cold Spring, September 30, 1965 to the late George and Brenda (Duro) Dotterer.

“Tom” worked for Honeywell as an information technologies engineer for the last 30 plus years. Thirty-five years ago, he took up taxidermy which eventually led to him own and operate Lone Wolf Taxidermy. He was an avid hunter who enjoyed hunting deer, pheasant, and his favorite turkey. He was also a member of the Philmont Rod & Gun Club. A carpenter as well, he would fix or improve anything around the house. When not working on something he would enjoy rides on his Harley, playing his guitar or training his Labs.

In addition to his parents, he was predeceased by his sister, Beth Dotterer, and his beloved lab, Jessie.

LIVINGSTON—Edward L. Czyzewski, 78, passed away March 22, 2021 at Livingston Hills Nursing and Rehabilitation Center. Born in Schenectady, he worked and retired from General Electric as a machinist building steam turbine parts. He enjoyed spending time with his children, horse racing and auto racing.

Graveside services will be held Thursday, March 25, noon at the Ghent Union Cemetery. In lieu of flowers donations may be made to National Alliance on Mental Health Columbia County at the following website address. https://namiccny.org/get-involved/donate_now. Condolences may be conveyed at frenchblasl.com.

He was born in Detroit, MI, to the late Leslie J. and Marie F. Dirksen Edge, December 20, 1935, joining elder sister, the late Joan Flohr. He attended Concordia Seminary in St. Louis and was married to Betty R. Maxwell in 1959. A year later, he was ordained as a pastor in the Lutheran Church Missouri Synod and was subsequently awarded a Master of Divinity degree. In 1960, he founded St. Ambrose Church in Pennsville, NJ. Later, he was active in the civil rights movement as pastor of All Saints’ Church in Charlotte. In 1970, he was called to Christ the King Church in Ringwood, NJ, where he served tirelessly for 32 years until his retirement in 2002. Pastor Edge was a committed servant, liturgist and teacher of the faith, all of which he continued in retirement. He loved classical music, especially the works of J.S. Bach. He was particularly pleased when his eldest grandson gave him the nickname “Bacha,” which he happily bore until his death. He was also an avid boater who enjoyed many adventures on the Hudson River, the New England Coast, and the Chesapeake Bay with friends and family.

Rev. Edge is survived by: his three children, Elizabeth (Andrew) Howard, Christopher (Alison) Edge, and Angela (Scott) Sadlo; five grandchildren, Christopher and Paul Howard, Geoffrey Edge and Emmanuelle and Mark Sadlo; and two dear nieces and three nephews. He was predeceased by his loving wife of 60 years, Betty Ruth. His family thanks Michaela, Kelly, Adriana,and Marie for their attentive care. They are also forever indebted to Dean Leander Harding and Woodrow Bynum of the cathedral as well as Pastor Rick Serina of Christ the King for their spiritual support. A Funeral Mass will be celebrated Saturday, March 27, 11 a.m. at The Cathedral of all Saints, 62 South Swan Street, Albany followed by a service of Christian Burial at Kinderhook Cemetery. Visitation will be Friday, March 26 from 7 to 8:30 p.m. at the cathedral. In lieu of flowers, memorials may be made to Christ the King Lutheran Church Memorial Fund, 50 Erskine Road, Ringwood, NJ 07456 or to the Cathedral of All Saints, 62 South Swan Street, Albany 12210. To send condolences visit raymondbondfh.com. 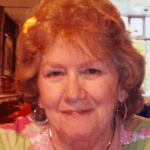 The couple owned and operated a small mom and pop grocery store in Bigfork, MT, and she was an Avon representative for many years. Above all, she was a homemaker for her family, and took pride in raising her four girls. She enjoyed traveling, having traveled to all 50 states, and especially enjoyed her many cruises and trips to NYC. She also attended many rock concerts up until only a few years ago. She loved camping and was an avid baseball fan, especially of the NY Mets. She also loved gardening and her collection of orchids.

In addition to her husband, she was predeceased by her brother, Daniel Kipp.

Friends may call at the Burnett & White Funeral Homes Wednesday, March 24, 2021 from 1 to 3 p.m. Immediately following, there will be a procession to St. John’s Lutheran Cemetery, Manorton, where graveside services and burial will take place.

Memorial donations may be made memory to a cause she held close to her heart, her love for animals. Consider making a memorial donation to Dutchess County SPCA, 636 Violet Avenue, Hyde Park 12538. 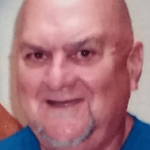 He was born in Albany and resided in Stuyvesant. He was a truck driver with the Teamsters Local 294 and was a U.S. Marine veteran serving his country from 1956 to 1959. He enjoyed gardening and Sunday drives with his wife, visiting antique and primitive décor stores. He loved the spirit of the Christmas season, including everything from decorating to baking cookies.

He was the husband of the late Julia Williams; father of Robert (Annette) Bissell, Kevin Bissell, Kimberly Splain and Heather Pearsall; grandfather of Robert Bissell, Kyle Bissell, Meghan Splain, Alexis Pearsall, Emma Pearsall; great-grandfather of Kahlen Bissell. He was predeceased by his siblings, Glenn and Lois Bissell. He is also survived by several nieces and nephews. The funeral from the W.J. Lyons, Jr. Funeral Home, Inc., 1700 Washington Avenue, Rensselaer takes place Thursday, March 25 at noon. Relatives and friends are invited and may call prior to the service Thursday from 10 a.m. to noon. Interment will be in Blooming Grove Cemetery, Defreestville.