STOCKPORT—Walter M. Zincio passed away at his home in Stockport, February 28, 2021. He was surrounded by his loved ones as he transitioned into the afterlife.

He was born in Brooklyn, the son of John and Helen Zincio. who later relocated to Columbia County.

He attended Germantown Central School, and joined the Army in 1965 at the age of 20. A year later, he married the love of his life, Carol. He served his country in Vietnam as a crew chief in the Aviation Division. After his Army service, he went on to become a welder by trade, and retired as a dock builder for Local 1556.

Mr. Zincio had a great passion for the outdoors and was an avid hunter, who enjoyed the bounty of the land for many years. His other passion was the Buffalo Bills. He was a diehard fan who enjoyed many games at the stadium. He volunteered at the VA Hospital in Albany and drove many veterans to their appointments. He was famous for his macaroni and cheese, and his recipe will remain a secret.

Funeral services at the Bates & Anderson-Redmond & Keeler Funeral Home are Thursday, March 4 at 10 a.m. Visitation hours at the funeral home are Wednesday, March 3 from 3 to 7 p.m. Interment will be in Gerald B.H. Solomon National Cemetery. In lieu of flowers, memorial contributions may be made to VA Stratton Voluntary Service, 113 Holland Avenue, Albany 12208.

HUDSON—Tullia Villanova, 93, of Hudson passed away peacefully at Columbia Memorial Health February 28, 2021. Tullia (Battaglin) Villanova was the wife of Anthony (Tony) Villanova of Hudson. He passed away in 2015.

She was born in Marostica, (Vicenza) Italy and was the sixth of 10 children of Francesco and Agnese (Bonomo) Battaglin. Her husband, who was born in the USA and raised in Italy, later settled in the USA and returned to Italy to find an Italian bride. He was introduced to his future wife by his Italian friend, Elvio, who was the fiance´of her sister, Elena. They became engaged after four days and Mr. Villanova returned to the USA. They were married in Marostica in March 1951. The couple honeymooned in Italy and Mr. Villanova returned to prepare a home for his bride. She arrived in NYC aboard the RMS Queen Mary in September. They settled down in Hudson, which she called home for almost 70 years. Mrs. Villanova attended night school and became a U.S. citizen in 1956.

Her daughter, Roberta, recounts her mother’s impression of her newly-adopted country: “My mother appreciated the conveniences but missed the necessary ingredients for cooking her specialties.” Most of all she missed her family. The ability to make transatlantic phone calls was important. She returned for the first time to visit her family in 1958 with her two young children aboard the SS Leonardo DaVinci. Her second visit was in 1966 by plane with her three children.

World War II cut short her aspirations to be a lawyer but her father made sure his daughters acquired a skill in spite of the war. She was trained in office work and also sent to tailoring school. With her skills she worked as a dressmaker in her home where she could care for her family. She sewed all of her own clothes, as well as her daughter’s, including suits and coats. She made draperies and more for her home. She made Halloween costumes for her children which earned prizes every year. She made cheerleading skirts for the Hudson High School Cheerleading Squad and costumes for the staff at the National Martin Van Buren Home.

Another of her great accomplishments was her cooking skills which she acquired from her mother who for a short while ran a bistro and later fed her family of 12. Every meal was made from scratch. The family favorites were her four kinds of homemade ravioli and lasagna Bolognese.

She was in her element when hosting elaborate meals for family and friends. She wholeheartedly became involved in school and church events. Later she joined the Hudson Hobby Club. When she gave up sewing, she turned to knitting. She knitted over 100 elaborate infant outfits she donated to charity and gave to friends.

She had an incredible memory and excelled in school. She recited many songs and poems from her school days into her 90s. She worked on crossword puzzles and watched Jeopardy

everyday catching any errors made when concerning Italian language, history and culture. She was also known for her storytelling. A visit from Mrs. Villanova was always entertaining. She credited her abilities and strength from having been raised in a very large family surviving WWII. As the sixth child, she was responsible for her younger siblings. She is survived by: her sister, Elena and brothers, Gianni and Pompeo; her children, Roberta (Ray) Nunn, Joseph (Jo-Ann) Villanova and Anthony R. Villanova; her precious granddaughters, Rebecca Villanova, Claire Villanova and Aderia Crawford Nunn and many nieces and nephews. She was predeceased by her parents and her husband, as well as her siblings: Pompea, Toni, Teresa, Tina, Tarquinio, and Cecilia.

Viewing and blessing will be held at the Bates & Anderson, Redmond-Keeler Funeral Home in Hudson, March 5 from 11 a.m. to 12:45 p.m. Interment will follow at Cedar Park Cemetery. Attendees are requested to follow Covid safety protocols. A celebration of life will be held this summer.

Special thanks to Dr. Lance Castellana and Carole Castellana, as well as, the angelic nurses of Columbia Memorial Health.

Contributions in Mrs. Villanova’s memory may be made to the Catholic Charities Food Bank. 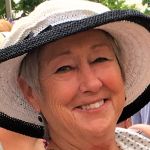 She faced each day with a smile and enthusiasm that was unsurpassed. Her presence always lit up a room. She was the ultimate optimist.

Mrs. Kempler prided herself on having visited more than 70 foreign countries. Language was never a problem for her as she felt that “A smile will take you a mile.” Once there she would always love to interact with the children. She was a natural ambassador for our country.

Music was a major force in her life. Together, with her husband, she had attended more than 30 of the New Orleans Jazz and Heritage Music festivals and more than 20 Crawfish Festivals and a couple of Blues Cruises. They sometimes felt that New Orleans was their second home.

Mrs. Kempler was a true people person. She had a zest for life, mirrored by her partner of 46 years.

Once in a lifetime that special person comes along. She was her husband’s special person. She lived life its fullest, following her credo…”Don’t postpone joy.”

She is survived by her devoted and beloved husband, Lester. She will be sadly missed by: her sister, Catie and brother-in-law, Michael Wertz of San Diego and Pensacola; sister-in-law, Barbara and brother-in-law Ron Toelke of Chatham; four nieces, Meagan, Maureen, Amelia, Arielle; a nephew, Kyle and two grand-nephews, Ozzie and Mac.

Donations, instead of flowers, may be made to the youth program at the Morris Memorial in Chatham.

Calling hours will be Friday, March 5 from 5 to 8 p.m. at French, Gifford, Preiter, Blasl Funeral Home in Chatham. Funeral services will be held Saturday, March 6 at St. James Church in Chatham, 10 a.m. Condolences may be conveyed at frenchblasl.com. 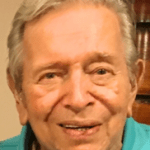 Mr. Renneman was a U.S. Army veteran and worked as a police officer with the Nassau County Police Department on Long Island. He retired in 1976 as a detective, who loved his work with the Homicide and Auto squads.

Following his retirement, he moved his family to Germantown, where he stayed active working for William’s Lumber and enjoying woodworking, golf, playing cards and baking. He later grew to enjoy trips to casinos, Saratoga Racetrack and seeking fortune through scratch-off lottery tickets. He had an uncanny ability to remember jokes and had one for every occasion and situation.

The family thanks the staff of the Albany Medical Center Cardiac Care Unit and the D4 north Cardiology unit for their compassionate care. They also thank his friend/caregiver Brenda Houston and all his friends at Palatine Manor.

Covid-19 guidelines will be adhered to during all services.