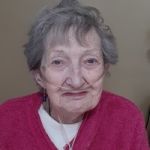 AUSTERLITZ—Sally A. Barnum, 88 years old, of Austerlitz died peacefully March 31 with her last months in the care of Hospice and friends at her side.

She was the daughter of the late Anne and Douglas Miller. She moved to New York at the age of 5 with her family. She was a graduate of New Rochelle School of Nursing in 1953. She became a registered nurse and worked at the Osborn House until she retired to Austerlitz in 1991.

She is survived by: her son, Todd Barnum of Davenport, Florida; granddaughter, Jessica and three great-grandchildren. She was the wife of the late Donald Barnum and the mother of the late Bruce Barnum.

Mrs. Barnum liked gardening, yard sales, the Salvation Army, sewing, and walked many miles in the woods of Austerlitz with her dogs, Deedee, Tiva and Duke.

There will be no viewing or services.

Donations may be made to the Columbia-Greene Humane Society, 111 Humane Society Road, Hudson 12534. For online condolences visit wenkfuneralhome.com

“Joe” was the son of the late Adam and Catherine (O’Malley) Wilhelm.

He graduated from Hudson High in 1964 and went on to attend Dutchess Community College where he majored in horticulture studies.

He took courses at Oswego University for plant science and pursued a career as a NY-certified vocational instructor.

Mr. Wilhelm worked in his Dad’s garden shop for 40 years and carried on the tradition after his father’s passing for another 15 to 18 years as the owner/operator.

He worked at Job Corps as a horticulture teacher and later for Brookwood Secure Center also as a teacher until his retirement. He was a lifetime fireman.

His funeral arrangements are under the direction of M. Grimaldi Funeral Home, Chatham. A Celebration of Life will be held at the Hudson Fish and Game Club, Fish and Game Club Road, Claverack, April 24 from 1 to 4 p.m. Masks are required. In lieu of flowers, donations may be made to the Columbia-Greene Humane Society. 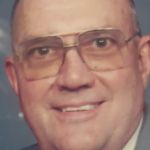 HUDSON—Frederick C. Oles, Jr., 89, a resident of the Firemen’s Home in Hudson, formerly of Kinderhook, passed away Tuesday, April 6, 2021 at the Fireman’s Home.

“Fred” served with the U.S. Marine Corp in Korea and was a mechanic for Columbia Corporation in Chatham for many years. He was a 60-year member and past chief of the Palmer Engine and Hose Company in Kinderhook and also held several other positions within the department. He was a member of the former Clapp-Novak American Legion Post in Kinderhook.

Mr. Oles was predeceased by: his wife, Eva Katherine R. Oles and his siblings, John, Phillip and Harriett. His family thanks the staff of the Firemen’s Home for their incredible care of Mr. Oles while he was there.

Because of Covid-19, services for the family will be private. Burial will follow in Kinderhook Cemetery. A celebration of his life will be held at a later date. Memorial donations may be made to the Firemen’s Home. Arrangements are under the direction of the Raymond E. Bond Funeral Home, Valatie.

She is survived by: her husband of 67 years, Gene Dianda.

They shared many adventures together they met at a church dance in the Bronx. After they were married, they lived in Germany for a time while Mr. Dianda was in the army. When they returned to the states they lived in Woodside, where Mrs. Dianda sold Avon door-to-door until they decided to move upstate June 27, 1961. With their young family they moved to West Taghkanic where they ran Gene’s Taconic Shell together for many years. In January 1970, the Diandas purchased the West Taghkanic Diner. For more than 17 years people sought out Mrs. Dianda’s world famous minestrone soup, a favorite among the customers.

She loved doing crafts and shared that passion with her grandchildren. With her kind and thoughtful nature, she made cards and magnets for people in nursing homes, friends and family for every holiday. After retiring in 1988 they traveled together and spent winters in Florida.

A very loving woman, she will be missed and remembered by her family for her faith, compassion and generous nature. “She was our rock.”

She is survived by: her children, JoAnn (Rudy) Hayes, John Dianda, Joseph (Tammy) Dianda and Lisa Dianda; nine grandchildren; 11 great-grandchildren and three great-great grandchildren. She was predeceased by her son, Michael Dianda, Sr.

A Mass of Christian Burial was celebrated Monday, April 12, 2021 from the Parish of Our Lady of Hope, 8074 State Route 22 in Copake Falls. The Reverend George Brennan officiated.

Arrangements were with the Peck and Peck Funeral Home, 8063 State Route 22 in Copake. To send an online condolence visit www.peckandpeck.net. 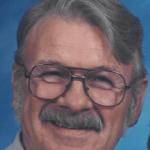 Born October 8, 1939 in Chatham Center, he was the son of the late Roy and Lena (Dymond) Falkner. “Jim” grew up on a farm in Hollowville and worked for Ray Meyer in Kinderhook for many years. He was an avid hunter and fisherman and enjoyed working on small engines.

The funeral will be held Thursday, April 15, 1 p.m. at the Raymond E. Bond Funeral Home, Valatie. Visitation will be held Thursday, April 15 from 11 a.m. to 1 p.m. prior to the funeral. Burial will follow in Prospect Hill Cemetery, Valatie. Memorial contributions may be made to Community Hospice of Columbia / Greene, 47 Liberty Street, Catskill 12414. 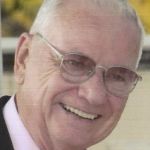 He was born in New Bedford, MA, June 16, 1934, the son of the late Charles H. Counsell and Alice A. Neville Counsell.

In 1972, he moved to New Lebanon and with his wife, Therese, operated the Valley Rest Motel for more than 20 years before retiring. He then moved to Canaan, where lived for the past 20 years.

Mr. Counsell was a member of the Lion’s Club and the New Lebanon and Canaan Senior Citizens and was a communicant of the Immaculate Conception Church in New Lebanon. He enjoyed stamp collecting, gardening and loved to travel with his wife.

Due to Covid-19, funeral services will be held privately at the convenience of the family Friday, April 16. The service may be viewed on the Parker Bros. Memorial Facebook page beginning at 1 p.m. He will be buried in the Cemetery of the Evergreens in New Lebanon next to his wife and mother.

In lieu of flowers, contributions may be made to HospiceCare of the Berkshires, 877 South Street, Suite 1W, Pittsfield, MA 01201 or to the Hospice in one’s local area.

Arrangements are with the Hall & Higgins Funeral Home, 457 NY 43, Stephentown. A condolence book is available at ParkerBrosMemorial.com.

He was the original owner and operator of Fairview Pizzeria in Hudson and also a fuel truck driver for Bayside Fuel in Brooklyn until his retirement. He was the widower of Rosemary T. (Tanzi) Catalano, who died in 2013.

In addition to his wife, he was predeceased by his brother, Carmine Catalano.

Funeral services will be held Saturday April 17, 2021 at the family mausoleum in Cedar Park Cemetery. 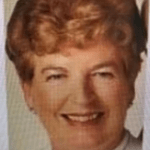 Born December 19, 1936 in Catskill, she was the daughter of Robert and Grace (Hotaling) Pratt.

She was the matriarch of the Fix family. Her two greatest loves were family and hard work (in that order). The Fix farmhouse was the gathering place for all, whether it be every holiday, or every Sunday for pizza night. She was very involved at Mt. Pleasant Reformed Church. She served as organist for more than 40 years, and could be seen at every function and fundraiser. She often worked all day in the fruit packing house, and then went to church to help out. In 1954 she was crowned Columbia County High School Queen.

Funeral services will be at the convenience of her family. Memorial contributions may be made to Mt. Pleasant Reformed Church, 33 Church Road, Hudson 12534. Visit www.batesanderson.com to leave condolences.

He was the only son of the late Earl and Pearl Risch. A lifelong resident of Hudson, he was a 1955 graduate of Hudson High School and served in the U.S. Army from 1959 to 1961. He worked for many years at the Universal Match Corporation and later as a machine operator at Becton-Dickinson. His passions in life were simple, his family, the Boston Red Sox, and his beloved yellow lab named Beefer. He enjoyed spending time greeting neighbors from his front porch on Fifth Street and going for a daily drive down to the river. 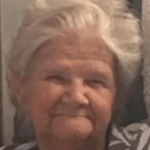 Born April 19, 1947 in Poughkeepsie, she was the daughter of the late Bernice (Fernandez) West.

She was a beloved wife, mother, grandmother, great-grandmother, and sister. Her family was always her top priority, and she loved them unconditionally.

Mrs. Boseman was predeceased by her mother and brother, Vincent Leggio. 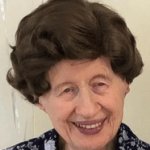 Born July 18, 1929 in Brooklyn, she was the daughter of the late Kenneth and Jean (Geissler) Kingston. She married Adolph Allers July 24, 1954 in Germantown. He predeceased her in 2010. She was also preceded in death by brother, Arthur Kingston, and sister, June Kingston.

Her childhood was spent in many communities throughout New York and Pennsylvania, due to her father’s career as a Methodist minister. She graduated from high school in Milford and went on to earn both bachelor’s and master’s degrees in music education from Crane School of Music at SUNY Potsdam.

Music was her passion. She was a music teacher in the Germantown Central School District from 1952 through 1968, then spent the next 50 years teaching private piano and voice lessons. The joy of her life was teaching her hundreds of students over the decades, taking pride in preparing them for, and watching their success in NYSSMA competitions and her recitals each year.

Funeral services will be held at the Germantown Reformed Church, Friday, April 16 at 6 p.m., with a brief time of family visitation following the service.

Due to Covid-19 masks, social distancing and capacity limitations will be adhered to during the services. In lieu of flowers, the family requests that memorial donations may be made the Reformed Church of Germantown.