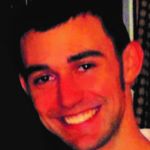 GHENT—The family of Bryan David Geel, Jr., of Ghent is grieving his loss. He passed away at the young age of 36.

He is survived by: his daughter, Madison; his parents, Bryan Geel, Sr., (Susan) of Austerlitz and Rhonda Owen of Valatie; his grandmother, Patricia Colburn; his sisters, Maria and Caitlin; his brother, Justin; three nieces; many aunts, uncles, cousins and friends.

Although his life held many chapters of struggle, he took every step of it wrapped in the unwavering love of family and friends. In the beginning, he was a well-loved, happy and intelligent little boy who enjoyed just about anything to do with power sports. A boy who all but grew up in his father’s lawn and garden store in Ghent. He was especially close during these years with his cousins, Briana and Jordan. The three of them were inseparable and the best of friends. Riding bikes, swimming, playing in the fields and enjoying the innocence of being children. He was also especially close to his aunts and grandmother who were a constant presence in his life. He began working for his father at the age of 15 at ACP Power Equipment. After he graduated from Chatham High in 2002, he began studying computer-aided drafting at Hudson Valley Community College and then later became an iron worker with the Iron Workers Union.

A common thread throughout the stories being told of his life is the mention of gentleness. He was gentle by nature. A young man who was never afraid to say, “I love you” or give a good hug to those he held dear, no matter who may be watching or listening.

He battled demons for roughly the last 15 years of his life. He fought to leave them and succeeded several times, only to be brought to his knees again by their demands. He tried his best to take the steps to change the course of his life but ultimately the enemy schemes and out smarts even the most creative and determined individuals; as it did to him.

“We pray he be remembered not for the actions of the demons he fought within, but for the goodness of his soul.” To send online condolences visit wenkfuneralhome 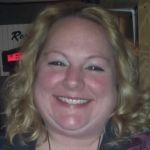 VALATIE—Laurie Lynn Pulver Williams was an angel while she was on this earth and is now an angel in heaven. She died April 1, 2021.

Her light began to shine June 5, 1971, when she was born to Larry and Mary Pat (Mink) Pulver, but her love extended to all, including her little brother, Lawrence Pulver, Jr., (Nicole).

Her own shining light was her son, her true pride and joy, Nathan Williams. She leaves aunts and uncles, Fred Mink (Tami), Kathleen Lescault (Spike), Joann Hughes (Butch), Anne Marie Mink, and Art Proper (Alice), who all held her in their hearts along with her tribe of nieces and cousins that she so lovingly doted over. She left behind a legacy of love and an impeccable standard of care during her many years at Barnwell Nursing Home, where she was highly regarded by countless patients and colleagues. Anyone lucky enough to have her light shine upon them was truly blessed. Her smile, her kind sense of humor, her gentle touch, and her rendition of Janis Joplin’s, “Me and Bobby McGee,” will be remembered forever. Funeral services will be held Thursday April 8, noon, at the Raymond E. Bond Funeral Home, 1015 Kinderhook Street, Valatie. Visitation will be from 10 a.m. to noon prior to the service. In lieu of flowers donations may be made to Valatie Rescue Squad.

LIVINGSTON—Marie Lussier, 76, of Livingston, formerly of Hudson, died Tuesday, March 23, 2021 at her home.

Born in the Bronx in 1932, he was the son of the late George J. and Mary Fraser Curry. He was predeceased by his beloved wife, Mary A. (Gormley) and his two brothers, George J. Curry, Jr., and Ronald J. Curry.

He graduated from Bishop Loughlin Memorial High School, Brooklyn, and Siena College, Loudonville. At Siena, he enjoyed a successful college basketball career, making many lifelong friends and was inducted as a member of the Siena Athletics Hall of Fame.

After college and military service, he and his wife moved to Hudson, where they raised their family. He continued his love for basketball, coaching the high school varsity team at St. Mary’s Academy for 14 years. He was an active member of St. Mary’s Church.

Mr. Curry worked at the IBM Corporation, retiring in 1987. He was a member of the Hudson Elks Club #787, Knights of Columbus, and Ancient Order of Hibernians. 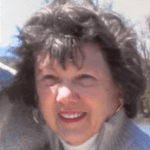 She was born August 21, 1935 to the late Arthur and Irene Hoffman of New Jersey. She was married to the late Alvin Kritzman of Adam Kritzman’ s Clothing Store. She is survived by: her three children, Vicki (Harold) Jenkins, Adam (Tracy) Kritzman and Jeffrey (Christine) Kritzman, as well as several grandchildren. She was predeceased by her granddaughter, Kelly Jenkins.

Mrs. Kritzman was a life-time member of Congregation Anshe Emeth and the Hudson Elks Auxiliary. She was employed as a secretary for many years. She loved gardening.

Graveside services were held April 1 at Cedar Park Cemetery, Hudson. In lieu of flowers memorial contributions may be made to the Columbia-Greene Humane Society. Visit www.batesanderson.com to leave condolences. 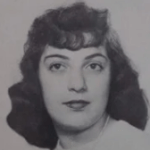 GREENPORT—Margaret Elizabeth (Tiano) Risch, 83, of Greenport passed away Tuesday, March 30, 2021, peacefully, with her family by her side.

Born January 16, 1938 in Hudson, she was the daughter of Joseph and Mary (Carpino) Tiano.

She was a house mother and counselor at the New York Training School for Girls.

She was a devoted and loving mother and grandmother. Her house was always open to all she loved. Her personality and sense of humor captivated all that surrounded her. She was a member of the Loyal Order of Moose, and she enjoyed her annual trip to Atlantic City with her sister, Honey.

CLAVERACK—Timothy James “Tweeter” Esselstyn passed on to eternal rest after a long battle with cancer, Thursday, April 1, 2021 surrounded by beloved family and friends.

Born June 27, 1963 in Hudson, his travels took him to various places, most recently North Carolina, before he moved back to Claverack last year. He was employed as a corrections officer for Columbia County before his retirement, after which he traveled the country on his motorcycle. He was an avid rider, putting tens of thousands of miles on his bike each year. Always a smile on his face, he made friends wherever he went and enjoyed telling stories and jokes, and making people laugh. In addition to riding, he loved the outdoors, animals, traveling, taking pictures and spending time with his girl and with friends. His greatest joy was helping others. He will be remembered as being larger than life, an exceptional, kind and big-hearted man. He was a member of the Renegade Pigs Motorcycle Club, an International Law Enforcement motorcycle club, and was president of the local Columbia County Chapter. He was unanimously voted “Pig of the Year,” the highest award presented to a member of the entire organization, for dedicated service. He had also been a member of the East Coast Riders RC and he organized many rides for them to benefit Community Hospice, as well as countless other causes, helping to raise thousands of dollars. His family was very thankful for Hospice during his final days.

He was predeceased by his father, Albert “Egg” Esselstyn. He is survived by: his mother, Elvina “Ellie” Esselstyn; brother, Doug; nephew, Tyler; several aunts, uncles and cousins; his beloved, Mia and bike, “Pig Pen.” Visitation hours at the Bates & Anderson-Redmond & Keeler Funeral Home were held April 6 with a prayer service following. Interment will be private. Memorial contributions in Mr. Esselstyn’s name may be made to Community Hospice of Columbia/Greene, 47 Liberty Street, Catskill 12414.

ALBANY—Ann Ehrlich, 78, of Catskill, daughter of the late William and Rita (McGrath) Meagher, passed away peacefully after a long and courageous battle with lung cancer, Sunday, April 4, 2021, at Hospice Inn at St. Peter’s Hospital.

She was born and raised in Queens. She was the wife of the late Walter O. Ehrlich. They raised their children in Astoria, Queens.

After retiring from New York City’s Board of Education food services department, she moved to Catskill, where she enjoyed dedicating her time to her many talents. These included working in her vegetable garden, canning, cooking and her wonderful baking. It was her delight to share her outstanding treats and recipes with friends and family. Her baking specialties were lace cookies, Linzer tarts and buckeyes.

“Annie” will be sorely missed by all her family for her many talents and her teachings. Her loving and generous heart was always there for all of her family she held so dear.

Survivors include: her daughter, Patricia Ehrlich McKenna of Hudson; two sons, Steven W. Ehrlich of Catskill and Walter Ehrlich of Delaware, OH; a granddaughter, Rebecca N. Bulich of Hudson; and her adored great-grandson, Roland “The Monster;” a brother, John Meagher and his wife Genevieve, of Kingsley, PA; her god-daughter, Katherine (Kratina) Osterweil of New Paltz, who lived with her for a number of years; along with many nieces and nephews; also a brother-in-law, Arthur Perina of Catskill.

In her addition to her husband, she was predeceased by her daughter, Carol Ann Ehrlich; three sisters, Rita Kratina, Dorothy Perina and Marie Keane.

In keeping with her wishes, there will be no services. A private remembrance will be held by her family at a time to be determined.

A private cremation was arranged by Bates & Anderson Funeral Services of Hudson.

In lieu of flowers, donations may be made to St. Peter’s Hospice Inn, 315 South Manning Boulevard, Albany 12208. 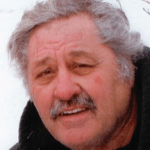 Born March 1, 1944, in Rhinebeck, he was the son of the late Charles D. and Florence (Shaw) Stagias.

A lifelong farmer, “Jim” was the owner and operator of Stagias Orchard and Farms in Red Hook. He was well-known for his cider donuts and homemade pies.

In addition to his parents, his longtime companion and friend, Nancy Hart, and nephew, Charles Stagias, Jr., predeceased him.

He was a very knowledgeable and proud of the history in Red Hook. His family asks that memorial donations may be made in his memory to the Friends of Elmendorph, Inc., P.O. Box 44, Red Hook 12571-0044. 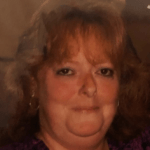 Born September 4, 1968, in Poughkeepsie, she was the daughter of James and Nancy (Lee) Palmateer.

She currently worked at Bard College and previously worked for B&H Cables in Clermont. She enjoyed spending time with her family and friends.

Masks, social distancing and capacity limitations due to Covid-19 will be adhered to during all services.