He was born August 13, 1954 to the late Theodore and Rosa Lee Jornov in Georgetown, SC.

He was predeceased by his parents and his wife, Diann Highsmith Jornov.

He attended Hudson High School. In 1972, he enlisted in the United States Army with the 82nd Airborne.

He made his career as a truck driver hauling across country. Upon his retirement, he joined VFW Post 10208, Amvet Post 1208 of Salt Springs, FL.

Interment will be Cedar Park Cemetery, May 1, 2021 at 10 a.m. with military honors. The Reverend Kenneth Coddington from Trinity United Methodist Church will officiate. 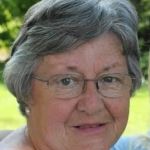 Born March 24, 1941, she was predeceased by her husband, Lee M. Bowes; parents, Martin and Irene Tuczinski and brother, Martin Tuczinski of Chatham.

She married Lee Bowes, May 1, 1965. They shared 43 years of marriage and had two children, Kevin (Michelle) Bowes of Greenport and Sharon (Richard) Martin of Sackets Harbor. Mrs. Bowes was the proud grandmother of seven grandchildren, Michael, Lauren, Stephen and Mathew Bowes, and Alexis, Hailey and Ryan Martin.

She graduated from Chatham High School in 1959 and attended Albany Business College. She was the director of Assembly Revision and retired from the New York State Legislative Bill Drafting Commission in 2000. She was a lifelong resident of the Chatham community and member of St. James Catholic Church. Mrs. Bowes was also a member of the American Legion Post 42 Ladies Auxiliary. She cherished time with all of her beloved friends and family. She enjoyed being her grandchildren’s #1 fan at all their sporting events.

Calling hours were held at the French, Gifford, Preiter & Blasl Funeral Home in Chatham, April 23. A Mass of Christian Burial was celebrated at St. James Catholic Church, April 24. Condolences may be conveyed at frenchblasl.com.

Mr. Melino was a glazier and worked in construction with the family business J.M.M.J. Development in Hudson. He was a graduate of Hudson High School and attended Hudson Valley Community College. He played football in high school, college and at the semi-pro level.

He was an avid sports fan. He loved the outdoors and wildlife. He enjoyed boating, fishing and building a great campfire. He loved football and his Greenbay Packers, but more than anything, he loved his two beautiful daughters. 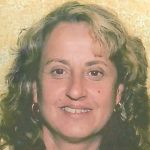 COLUMBIAVILLE—Rosemarie Demarest, 57, of Columbiaville passed away Thursday, April 22, 2021 at her home.

Born July 4, 1963 in Hudson, she was the daughter of the late Anthony Joseph, Jr., and Shirley Diane (Rossi) Scott.

“Rose” was brought up in Columbiaville. She was a 1981 graduate of Ichabod Crane High School and a 1997 graduate of Questar LPN school. She had a career in nursing at Green Manor and Whittier Nursing and Rehabilitation in Ghent. She enjoyed cooking, gardening, her Zumba classes and the ocean. Her greatest pleasure was her family and friends, who will miss her deeply.

She is survived by: her husband of more than 30 years, Francis R. Demarest; her daughter, Francesca M. Demarest of Columbiaville; a brother, Anthony J. Scott, III, (Alicia) of Columbiaville; two sisters, Donna Scott of Hudson and Shelly Marie Shaffer (Brad) of Kissimmee FL; her dear friends, Joanne Briggs and Bonnie Patrick and several nieces and nephews. She was predeceased by her sister, Kimberly Jean Scott.

Funeral services will be at the convenience of the family. Memorial donations may be made to Community Hospice of Columbia/Greene, 47 Liberty Street, Catskill 12414. Arrangements are under the direction of the Raymond E. Bond Funeral Home, Valatie. To send condolences visit raymondbondfh.com. 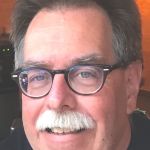 He was born July 5, 1958 in Great Barrington, MA, the son of the late Charles and Jane (Grube) Knox.

He was a member of the class of 1976 at Taconic Hills and graduated form SUNY Morrisville Ag and Tech with a degree in Natural Resources Conservation in 1978.

He went on to become the head of engineering at Columbia County Department of Public Works, working there for 42 years. He was an avid Yankee, Valley Cats, NY Rangers and Giants fan. He enjoyed traveling to Maine often and exploring new places. He truly loved spending time with family and close friends.

He is survived by: his loving wife, Rose (Montanino); his daughter, Ashley (Eric) Schaible; his grandson, Bodie, along with nieces, nephews and great-nieces and -nephews.

Funeral services will be at the United Methodist Church of Philmont, Wednesday, April 28 at 11 a.m. Condolences may be conveyed at frenchblasl.com

She was born November 16, 1957 in Germantown, the daughter of the late Charles and Margaret (Meyer) Steeneck. Ms. Steeneck was a self-employed farmer in Earlton.

She is survived by: her boyfriend, Jay S. Kravitz. 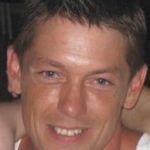 AUSTERLITZ—John K. Ford, 50, of Austerlitz passed away April 16, 2021 leaving behind many family and friends.

He attended Chatham High School until 1988, then went on to earn his GED.

He enjoyed racing his self-built race cars at Lebanon Valley Speedway, constructing houses and spending time with his family. Mr. Ford was a proud father and spent much of his time cheering them on at sporting events, coaching and at the starting gates of motocross tracks.

He did all of this with a smile on his face, and that’s what will be missed the most.

Calling hours will be held with proper Covid-19 protocol. Masks and social distancing will be required Wednesday, April 28 from 5 to 7 p.m. at the Wenk Funeral Home, Chatham. For online condolences visit wenkfuneralhome.com

PHILMONT—Steven James Witko, 68, formerly of Hudson, passed away April 22 in the arms of his life-partner of 42 years, Elizabeth Dort.

Born June 22, 1952 in Hudson, he was the son of the late Minnie Nooney (Teator) and Stanley Witko.

He was a hard-worker and an experienced general contractor. He shared his skills as a substitute teacher at Votec during the late 1970s. After graduating high school, he served honorably in the United States Navy from 1970 to 1978. He was an avid reader, enjoyed crossword puzzles, and loved deep sea fishing. His creative way with words was well known, and will truly be missed.

In addition to his life-partner, Ms. Dort, Mr. Witko will be forever loved by: his daughters, Tracey Daniels and fiancé Bernie Walker, Kristene Flouton and life partner Shane VanD; son, Scott Witko; grandchildren, Joseph, Johnathan and Jason Daniels, Jordan Daniels and wife Samantha, Matthew Flouton, and Nicole Flouton and fiancé Michael Lugo. He also leaves his brother, Kirk Witko and nephew, Chad Witko. In addition to his parents, he was predeceased by his sister-in-law, Anna Witko.

Visitation hours at the Bates & Anderson-Redmond & Keeler Funeral Home will be Monday, April 26, from 4 to 6 p.m. Mr. Witko’s family thanks Community Hospice of Columbia/Greene for their immeasurable care, compassion and support. Visit www.batesanderson.com to leave condolences.