Born in Hudson, July 18, 1951, she was the daughter of Virginia (Weed) Christiana and the late Wilbur Christiana. Ms. Karpiak was a graduate of Hudson High School and pursued a career in private duty nursing. She will be missed by her mother, Virginia Christiana; one sister, Linda Sutherland; nephew, Frederick and his wife Jessica Sutherland.

Graveside services at Mellenville Union Cemetery are incomplete and will be announced. To leave online condolences visit www.saccofuneralhome.com.

GREENPORT—Eunice Jane Keute of Greenport passed away peacefully in her home, April 9, 2021 at the age of 84.

She was born May 27, 1936 in New York City to the late Muriel and Albert de Beaumont. Besides her parents, she was predeceased by her husband, Robert A. Keute, Sr., in 1996, and a brother, Albert de Beaumont, Jr.

She married Robert A. Keute, Sr., October 1, 1955 in Bethpage. She worked at Grumman Aircraft in Bethpage, Long Island. Before moving upstate she was very involved in the Ladies Auxiliary of the Plainview Fire Department. Together they moved from Long Island to Taghkanic in 1965 where she and her husband owned and operated the Taghkanic Motel before selling and starting the Vinyl Village Barn. She then went to work at Sausbier’s Awning Shop in Hudson until her retirement in 2006.

She was a very strong and independent woman who enjoyed many hobbies, including gardening on a bright sunny day and crocheting on a cold rainy day. She loved animals and gave many stray cats a safe haven. She loved her family, her friends and was very proud of her country.

There will be no calling hours. Funeral services will be private. Memorial contributions may be made to Columbia-Greene Humane Society or Animalkind in Hudson. Visit www.batesanderson.com to leave condolences.

HILLSDALE—It is with great sadness that his family announces the passing of Joseph J. Zullo, April 12, 2021.

He was born to Joseph and Molly (Althizer) Zullo April 9, 1937 in the house his father built in 1927. “Joe” graduated from Roe Jan High School in the Class of 1955. He worked hard his entire life, first on the farm, then he had his own building/contractor business, building most notably the Four Brothers Restaurants and Tickets in Amenia. He lived in Ancram, Millerton and East Taghkanic before moving back to his house in Hillsdale. He loved his family, especially his grandchildren and two special great-grandsons, Frankie and Joey Campbell, and their mother Amy. He loved NASCAR and racing cars at Lebanon Valley. Always moving, never idle, he loved vegetable gardening, especially tomatoes. He loved his tomato and mayo sandwiches (garden only), Brisk Iced Tea, and ice cream every night before bed. His kindness and gentle heart will be missed, along with his corny jokes, and old stories of his life.

In addition to his parents, he was predeceased by: his brother, John; four half-siblings; his stepdaughter, Cynthia Snyder; stepson and Vietnam veteran, Brady; grandson, Frank Campbell; great-grandson, Anthony Campbell; a niece and a nephew. To honor his wishes, there will be no viewing, and services will be private. Memorial contributions in his name may be made to the Kidney Foundation or a charity of one’s choice. Visit www.batesanderson.com to leave condolences.

FLORIDA—Michael A. Gaschel of Germantown passed away Tuesday, April 13 in Florida. Born in Hudson, April 6, 1945, he had just turned 76. He was the son of the late John and Nellie (Grater) Gaschel.

“Mike” will be fondly remembered by all, especially by: his beloved wife of 49 years, Ellen (Wright); his daughter, Rebecca (Eric) Clark of Hillsdale; his son, Jason of Hobe Sound, FL; his granddaughter, Lindsey Clark of Hillsdale; his sister, Nancy Gardner of Massachusetts; his brother, John Gaschel of Livingston; many cousins, nieces and nephews. He was predeceased by: his parents; sisters, Phyllis Broast and Claire Griffin; brothers, Richard “Yubby” and Joseph Gaschel and his daughter-in-law, Donna (Rooney) Gaschel.

He attended St. Mary’s Academy then graduated from Germantown Central School in 1963. Cars and trucks were always a passion for him. His name was synonymous with Chevrolet—he sold them in the area for almost 50 years. His honesty led to repeat business because his neighbors trusted they were getting a good deal and many can even remember him selling them their first cars. He knew everyone, not necessarily by name, but by the car that they drove! Starting at Boyce Chevrolet in Red Hook in 1965, he spent the bulk of his career at Rhinebeck Chevrolet. There he was very successful, obtaining awards for repeatedly being top salesman in the Tarrytown zone and was honored by the Chevrolet Legion of Leaders.

Mr. Gaschel loved his family and never missed a chance to be with them. He enjoyed boating on the Hudson River, attending NASCAR races and baseball games with his son in Florida, cheering on his granddaughter at sporting events and traveling. He spent many wonderful years camping with friends and family and always enjoyed great local food. He received an honorable discharge from the U.S. Army National Guard and was a member of the Germantown Hose Company.

Services will be held Saturday, April 24, 11 a.m. at St. Mary’s Church in Hudson. A Christian burial will follow in the Church of the Nativity in Linlithgo. Fellowship and refreshments will be provided at the Central House in Germantown. Proper Covid-19 safety measures will be followed. 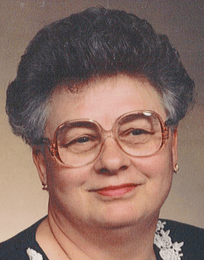 For many years and in addition to raising her family, she was the owner and an accomplished seamstress with Kay’s Alterations & Repair in Red Hook. Previously she worked at Alexander’s Cleaners also in Red Hook.

Mrs. Shanley was a member of Christ Church in Red Hook and a supporter of its Thrift Shop.

In addition to her husband, a daughter, Frances Joan Shanley; a brother, Arnold Pease and sister, Ginny Heisner predeceased her.

Due to Covid-19 restrictions, funeral services will be private. Family and friends were invited to interment at St. Paul’s Lutheran Cemetery, April 19.

Memorial donations may be made in her memory to the St. Jude’s Children’s Research Hospital, 501 St. Jude Place, Memphis, TN 38105-1942, www/stjude.org/memorial.