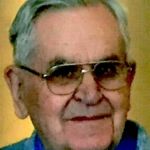 He was born in Hudson, April 11, 1930. His childhood years were spent in Ancram. He attended the Roe Jan Central School and graduated from Cornell University College of Agriculture, where he played trumpet in the “Big Red Band.” After college he lived and worked at the Hermitage Farm as a dairy farmer and later became a Columbia County Extension agent/educator for 25 years before retiring.

He was preceded in death by: his father, Peter; his mother, Gladys; his brother, Wendell; and sisters, Marilyn and Jean. He is survived by: his wife of 68 years, Marion; his three daughters, Susan (Michael) Belemjian, Tricia Piester and Carol (David) Wellendorf; his nine grandchildren, Paul, Brian, Rebekah, Jessica, Elizabeth, Christine, Christopher, Nathan and Hannah; his 18 great-grandchildren; and his two “adopted” children, son Tony and daughter, Katheleen.

“Ken” was an active community member. He served as a Gideon, ministered at the Columbia County Jail for 25 years, sang in the Community Choir, and held several leadership positions at church, including being co-founder of the Clermont Bible Church. His other interests included gardening, spending time with family, and taking mission trips to Guatemala to help as a farm advisor.

He leaves behind a legacy of love, humor, honor, respect for God and Jesus Christ, his personal savior, and his entire family.

In lieu of flowers, memorials may be made to New Horizons Foundation, ATTN: Transformation Project, 5550 Tech Center Drive, Suite 303, Colorado Springs, CO 80919, include “Transformation Project-Dave Crist” on check or online contribution. An additional memorial donation option would be to Hospice at Adventhealth.com/supporthospice 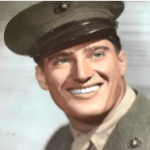 AUSTERLITZ—Stanley DeRuggiero died peacefully in his sleep at home April 12, 2021. He was 95.

Born in Yonkers to Josephine and Salvatore DeRuggiero, he joined the Marine Corps as a young man during World War II.

Throughout his life he remained honored to be a Marine and serve his country.

He met his beloved wife, Muriel, who passed away in 1999, and raised their family in Yonkers. He retired from the Board of Education in 1985.

He was an outdoor enthusiast who loved fishing and hunting. A mentor to many young men who referred to him as “Big Stan,” he was always happy to share his depth of knowledge and respect for outdoor life. Some of his fondest memories were with his sons, brothers and good friends on an organized annual trip to Mistassini Lake, Quebec, Canada. There they had a lasting friendship with the Cree Indians who helped them navigate the finest fishing areas. All who joined these trips encountered deep woods beauty and challenges that only few have experienced.

In lieu of flowers, a memorial donation may be made to the Community Hospice of Columbia Greene at https://www.communityhospice.org. Express condolences at www.peckandpeck.net.

Born May 7, 1990 in Rhinebeck, he was the son of Robert M. Shook and Eleanor Marie Hosier.

He was employed in gardening and restaurant work. He will be greatly missed by his family. His colorful hair, love of music and playful sense of humor will live on in our hearts.

In addition to his parents, he is survived by: his two children, Damian and Kandace Shook; brothers and sister, Brandon Shook, Calvin Dykeman and Kate Miles; his stepmother, Rachel Cole; numerous loving aunts and uncles. 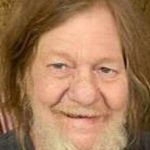 He was the son of the late Clifford and Grace Laurange of Chatham.

“Dave” was predeceased by: his brothers, Rick and Kevin; sisters, Sharon, Cheryl, Lyn and Rhonda and his daughter, Jessica. He leaves behind a large extended family, many nieces and nephews, and a group of friends.

He enjoyed pool, spending time at the river, sports, fishing, gardening, and visiting with friends.

Services will be at the convenience of the family. Condolences may be conveyed at frenchblasl.com. 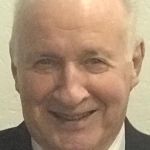 CHATHAM—After a long and exemplary life of pastoral ministry, the Reverend Frederick Orin Henderson passed into eternity the evening of April 6, 2021.

Reverend Henderson is survived by: his wife of 70 years, Glenna Joyce; eight children, Ann, Eugene, Arthur, Jacqueline, James, Mark, Nancy and Deborah, and his brother, Philip. While experiencing the natural process of grief, the family also expresses happiness that their loved one is relieved of the battle with Alzheimer’s that hampered the last two years of his life. They are grateful that “God sent one of the good ones to lead their family, that he modeled a life of character and commitment, and that he is now enjoying his place in Heaven.”

He was born September 7, 1931 to Sewell and Hazel Henderson in Presque Isle, Maine. He served with distinction in the United States Army, and trained for ministry at Zion Bible College, then in East Providence, RI.

He pastored churches in Maine, New York and California before retiring with family in Chatham.

Funeral plans for Reverend Henderson include military honors and burial at the Gerald B.H. Solomon Saratoga National Cemetery, a memorial service at Calvary Assembly of God Church in Stottville and a marker in the family plot in Presque Isle, ME. Condolences may be conveyed at frenchblasl.com.

HUDSON—Robert L. “Bucky” Albright, 78, of Copake passed away peacefully April 15, 2021 at Columbia Memorial Hospital. He was born in Great Barrington, MA, December 30, 1942 to the late Harold and Mildred (Rogers) Albright.

He worked as a heavy equipment operator for the Columbia County Highway Department for many years until his retirement. Thereafter, he always managed to keep busy by doing landscaping and caring for lawns.

Mr. Albright enjoyed many things such as hunting, golfing, playing cards and cornhole, but most of all he loved spending time with his family; especially attending his grandchildren’s sporting events. He will be remembered for his zest for life, outgoing personality and the ability to strike up a conversation with anyone at any time.

In addition to his parents, he was predeceased by his brother, Leonard Albright.

In lieu of flowers, donations in Mr. Albrght’s memory may be made to the American Cancer Society. Express condolences at www.peckandpeck.net.

Born July 24, 1931 in Hudson, she was the daughter of the late Howard and Margaret (Staats) Sweet.

She worked at Columbia Memorial Hospital for more than 45 years. She was very involved with her family and helped raise her grandchildren, nieces and nephews. She was a former member of the Stockport Fire Company Ladies Auxiliary and enjoyed crocheting.

A Mass of Christian Burial will be celebrated Wednesday, April 21, 2021, 2 p.m. at the Church of St. Joseph in Stuyvesant Falls. Burial will follow in Cedar Park Cemetery, Hudson. There will be no calling Hours. In lieu of flowers, contributions may be made to Church of St. Joseph, 1820 US Route 9, Stuyvesant 12173. Arrangements are under the direction of the Raymond E. Bond Funeral Home, Valatie.