A memorial service is being planned and will be announced. 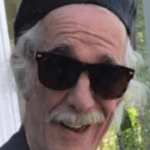 ANCRAM—Thomas Weir Wright, 69, of Ancram and New York City passed away unexpectedly May 4, 2021.

He studied theosophic philosophy at Boston University for one year after which he traveled to Afghanistan, Greece, Israel, Turkey and France, among many other destinations known only to him.

After the death of his mother in late 1973, he settled on the eastern shore of Maryland on the family farm.

He soon immersed himself in the world of NYC theater and film, studying acting with Nicholas Rey at the Lee Strasberg Institute, and producing and starring in groundbreaking independent films including, “Force of Circumstance,” and “Underground USA.” He wrote and directed, “Curious White Boy” starring Taylor Mead. He found the generosity of spirit to stage and direct the “Boar’s Head and Yule Log” at his Alma Mater. During this time (1977 to 1989) he was a guiding light and supporter of the NYC small club/theater scene writing, directing, and acting in theater performances with many illustrious co-stars.

He was always ready for a road trip. He would jump in his car (typically a Cadillac) with his dog of the moment to visit family or friends across the country. There is a rest spot on the interstate system with his name engraved on a parking meter.

Mr. Wright met his future wife, Annette in 1992, and relocated to the small, quiet town of Ancram on a hilltop overlooking the Catskills and the Berkshires. The family grew with his son, Tygre Wright DeMaria in 1994, followed by twin daughters, Pearl and Stella in 2004. The Wright’s mountaintop retreat hosted artists, musicians, friends and family for wonderful evenings. He was a natural storyteller, with his own personal political and social observations, usually right on the mark.

A generous, loyal, curious, and caring soul, he always extended a hand to those in need. He was a great tipper. He was an iconic figure in Tribeca, often seen walking his dogs on the streets. He saw the Towers go up and he saw them come down. He loved and was beloved by his wife, his children, his siblings, nephews and nieces.

There will be an open memorial service on July 10, 4 p.m. at The Circa 1799 Barn in Ancramdale, followed by a closed reception for family and friends.

Condolences are gratefully accepted at the Peck and Peck Funeral Home (www.peckandpeck.net) on behalf of the family. 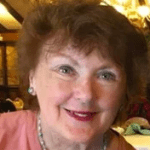 TAGHKANIC—Bonnie Lee Feller was called to the Lord May 12, 2021 after a courageous fight with complications resulting from a second cardiac bypass surgery.

She was a 1965 graduate of Hudson High School and a 1983 graduate of the Columbia Memorial Hospital School of Nursing. She was a registered nurse at the Firemen’s Home in Hudson at the time of her death and owner of Taconic Orchards, which she operated with her husband of 52 years Arnold Feller, Jr. When not practicing nursing at the Firemen’s Home or her previous places of employment—Pine Haven, Columbia Memorial Hospital or the Adventist Home—she could be seen smiling baking pies and apple cider donuts at her farm store.

Besides her husband, Arnold, she is survived by: her daughter, Alicia Feller McCagg and her husband Michael; her sister, Paula Melnick (Bob), and her beloved grandchildren, Connor and Kayleigh McCagg.

She was extremely proud of her grandchildren and could often be seen at their sporting events, dance recitals or concerts. She was the rock of her family and friends, often giving her last ounce of energy to help and support them.

A devout Christian, she believed that her ultimate reward in life awaited her in heaven. She asked that people not mourn her loss, but celebrate her life and memory.

In lieu of flowers, the family asks that donations be made to the Activities Fund of the FASNY Firemen’s Home or to St. Mark’s Lutheran Church in Hudson.

A celebration of her life was held May 18 at St. Mark’s Lutheran Church, 8 Storm Avenue, Hudson. Arrangements were with the Bates and Anderson Funeral Home, 110 Green Street, Hudson.

STOCKPORT—Alice J. Van Loan, 73, of Stockport passed away in the loving comfort of her family’s home Sunday, May 16, 2021. She is finally reunited in peace with her beloved daughter, Rhonda and her husband, Floyd.

She worked at Barnwell Nursing Home in the housekeeping department, and retired after 35 years of dedicated service. She loved cats, and would care for, feed and nurture any stray that came to her. She will be dearly missed by her current two, Audie and Maggie Mae.

Left to cherish her memory are: her three sons, Steve Ryan, Shawn (Tammy) Ryan, and Robert (Ida) Ryan; three grandchildren, Anna, Kayla and Kyle Ryan; her brother, James Carver and a sister, Mary Miller. She was predeceased by her husband, Floyd Van Loan, and daughter, Rhonda.

Visitation at the Bates & Anderson-Redmond & Keeler Funeral Home will be held Friday, May 21 from 11 a.m. to noon. 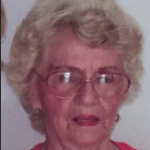 ALBANY—Barbara A. Almstead, 85, of Greenport was called to heaven from Albany Medical Center, after a brief illness, May 16, 2021.

Born May 26, 1935 in Greenport, she was the wife of the late Robert Almstead, and daughter of the late Arthur and Alice (Clark) Rote.

She attended Greenport School and was employed at the Hudson Pocketbook Factory for three years. She then married her childhood sweetheart, Robert Almstead, June 20, 1954. They shared 61 years together until his passing in 2016.

They purchased their first home in Stockport. They lived there for 30 years and lovingly raised their three daughters.

They then built their retirement home in Greenport on an inherited plot of property where she lived out her remaining years. She enjoyed cooking, baking, reading, gardening and spending time with her family and friends. She lived her life after the death of her husband on her own terms and was called to heaven quietly, peacefully and when she was ready.

Mrs. Almstead was a life-member of the Trinity United Methodist Church in Hudson. She served as a member of the Stockport Fire Company Ladies Auxiliary, and was a Brownie Troop leader for her daughters.

Survivors include: her three daughters, Debra (Ty) VanAmburgh, Jennifer (Steve) Sullivan and Roberta Murell; her sisters, Betty (Clint) Robie and JoAnn (Bill) Marler; brother, Roger (Linda) Rote; four grandchildren; four great-grandchildren; several nieces and nephews; her dear friends, Betty Burns of North Carolina and Gladys Bell of Newburgh. In addition to her parents and husband Robert, she was predeceased by her brother, Arthur Rote, Jr., and sister, Frances Osuch. She will be dearly missed by all for her kindness and loving ways.

Funeral services at the Bates & Anderson-Redmond & Keeler Funeral Home will be held Friday, May 21 at 1 p.m. Visitation prior to the service will be from 11 a.m. to 1 p.m. Interment will be in Mt. Pleasant Reformed Church Cemetery. In lieu of flowers, memorial contributions may be made to Columbia-Greene Humane Society or Trinity United Methodist Church.

MELLENVILLE—Malcolm George Hood, 86, of Mellenville passed away peacefully in his sleep Monday, May 17, 2021.

He was predeceased by his wife of 44 years, Nancy (Moore); parents, George and Salome (Ringer) Hood; and father-in-law, Crawford Moore.

He graduated from the Ockawamick Central School in 1953, then served in the U.S. Navy during the Korean War. After returning home from service, he was employed by Gardener’s Ice Cream in Stottville, then for 25 years as a fleet maintenance manager at Harder’s Express in Claverack, and ultimately enjoyed becoming a school bus driver for the Taconic Hills School District.

He will always be remembered for his infectious laugh, his love of a good debate and all things Indianapolis Colts. Arrangements are with the Bates & Anderson – Redmond & Keeler Funeral Home, 110 Green Street, Hudson. 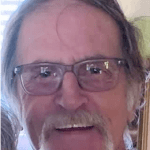 ALBANY—Richard B. Grover, 65, of Clermont passed away

Born March 4, 1956 in West Stewartstown, NH, he was the son of Joan M. (Day) Grover of Red Hook and the late Brendon A. Grover.

He married Bonnie Cunnington, May 21, 1977 in New Hampshire. She survives at home.

For many years, Mr. Grover worked as a truck driver. He was currently employed by Bridgeview Construction of Hopewell Junction and previously worked for Metzger Construction.

In addition to his loving wife and mother, he is survived by: his daughters, Tabithe Grover of South Cairo and Sarah (Tommy) McCullough of South Cairo; his grandchildren, Ethan Grover, Bryson McCullough, Spencer McNevin and Makenzie McCullough; his siblings, William Grover of PA, Peter Grover of Clermont and Cathi Chapple of Dover, NH; numerous extended family, colleagues and friends.

A sister, Veronica Grover predeceased him.

A funeral service, officiated by the Reverend James Walrath took place at the Burnett & White Funeral Homes in Red Hook May 17 followed by military honors. 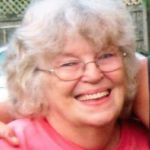 HUDSON—Rose Mary (White) Judson, 84, a 10-year resident of Ancram, formerly of Millerton, died peacefully Friday, May 14, 2021 at Columbia Memorial Hospital with her loving family at her bedside.

Mrs. Judson worked for Taconic Developmental Disabilities Services Office as a therapy aide for more than 20 years and retired in 2001.

Born April 10, 1937 in New Milford, CT, she was the daughter of the late Charles and Bertha (Thalles) White.

She graduated from New Milford High School and in November 1971, she married Melvin Judson. Mr. Judson died in 2008. Mrs. Judson was an avid gardener and enjoyed growing beautiful flowers and tending to her extensive vegetable garden. She also enjoyed deer hunting every season and fishing in her spare time. She will be dearly missed by her loving family and many friends.

She is survived by: her four children, Shannon Moore of Texas, Randy McCarroll of Ghent, Tara Young of Craftsbury, VT, and Nathan Judson and his companion Rosemary Gansowski of Ancram; three brothers, Herb, Alfred and Tommy White; her sister, Linda Dittrich; seven grandchildren; one great-granddaughter and several nieces and nephews. In addition to her parents and husband, she was also predeceased by seven brothers, one sister and four half-brothers.