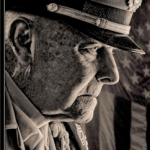 HUDSON—Ralph Raymond Kring of Ghent passed away Mother’s Day, Sunday, May 9, 2021 at the FASNY Firemen’s Home at the age of 95.

He was born in Ogdensburg, January 9, 1926, the son of Ira Raymond and Helen Marie (nee Darrow) Kring. Family gatherings were spent on his grandfathers’ property, which was later purchased by the State of New York and is known today as Kring Point State Park.

He had two older sisters, Hope Prior of Ghent and Elaine Katt of Catskill, both of whom predeceased him, and later a brother, James G. Kring, DDS, of Malta.

His father served as manager of the farming section of the New York State Firemen’s Home in Hudson, where his younger brother was born. They lived near the home on Harry Howard Avenue until purchasing the Springdale Farm in West Taghkanic, which is now property of New York State, a section of which is the Taconic State Parkway.

He moved with his parents to the property on Warren Street in the City of Hudson, which was established as the first chartered nursing home in New York State, known as Kring Nursing Home, at 816 Warren Street.

He graduated from Hudson High School in 1944 and joined the Army, serving in the South Pacific until release in 1947. He worked as an electrician, carpenter and truck driver until 1950 when he joined Niagara Mohawk Power Corporation, now known as National Grid. He retired after 36 years of service as a line foreman, HS. He married Florence Ellen Schrader in 1950 and had seven children.

He was predeceased by his wife of 69 years, and infant daughters, Deborah Lee and Donna Lynn.

Mr. Kring was a member in good standing with the Kinderhook #2530 Elks, the Chatham American Legion #42 for 54 years, the Ghent VFW Post #5933 for 60 years, and was previously a member of which the Hudson VFW. He was a member of the Edmond Hose Fire Company #1 in Hudson, and later joined the Ghent Fire Department #1.

He and his family resided in Ghent after 1967.

He transferred his VFW membership from Hudson to Ghent, progressing through various chair positions to post commander. He began the Christmas Toy Relief Project, later known as the Marion Stegmann Fund. With the assistance of fellow members, they served the local community by acquiring names through volunteers and local agencies to assist families in need at Christmas in Columbia County.

Mr. Kring took great pride in the Ghent VFW men’s and women’s colorguard, which was the first to include women in their drilling formations. They participated in parades in six surrounding states, some of which were nationally televised. He coordinated and trained the guard which was awarded numerous trophies and plaques for a military colorguard.

In 2010, he received an “Honoring Our Veterans” award from by Senator Stephen M. Saland at the New York State Capitol in Albany. The New York State Senate Veterans’ Hall of Fame was created to honor and recognize outstanding veterans from the Empire State, who have distinguished themselves both in military and civilian life.

He passed away after a brief illness at the FASNY Firemen’s home where his room overlooked the grounds that he and his father farmed.

The family will be honoring him privately at the Cedar Park Cemetery. 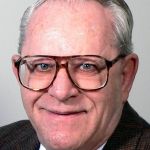 The first of three sons born to Leo and Mary Legendre, he was born in 1935 in Waterbury, CT.

He first felt a call to religious life when he was a sophomore in high school. After hearing from a friend, who was enthusiastic about his experiences while attending summer camp run by religious brothers, his interest was sparked in the vocation of “Brother.”

After graduation from Sacred Heart High School, he worked at his usual summer job as a lifeguard at Hammonasset Beach State Park until September. Then, with the support of his family, he traveled to Valatie to the Holy Cross Juniorate. He took classes until January, then it was on to the Holy Cross Novitiate in Rolling Prairie, Indiana. Even in this first year he felt completely at home in the community.

After a year of prayer and classes in spirituality, he went to Austin and began his studies at St. Edward’s University.

At the end of his sophomore year, he took a break from his education and spent the next two years teaching seventh grade at Holy Cross-staffed grammar schools in Brooklyn. At the same time, he enrolled at St. John’s University to complete his undergraduate degree. As he was finishing his studies for his bachelor’s degree in education at St. John’s University, he taught classes at Holy Cross High School in Flushing.

He continued as a member of the faculty at schools in Rhode Island, Massachusetts and Connecticut.

Assigned to Albany, he studied for his master’s at Siena College, and began teaching at Vincentian Institute. He taught American history there from 1964 until 1971, and during that time was a forensics coach. His forensics teams won two state championships.

While sad to end his time at Vincentian Institute, Br. Legendre looked forward to traveling to St. Edward’s in Austin where he would teach in the American History Department. He followed this up with a sabbatical spending the first three months at the Sangre de Christo renewal center in New Mexico and the remaining nine months studying theology in Berkley, California.

Returning East, he worked for five years as a lobbyist for the Roman Catholic Diocese of Hartford, CT. He greatly enjoyed the research aspect of his position and focused on welfare and other social justice issues. His final ministry was in the Navy’s Program for Afloat College Education, teaching on multiple air craft carriers while seeing the world.

He returned to St. Joseph Center—this time to stay, indulging in two of his favorite pastimes—reading and photography while reflecting on his many fascinating experiences.

Br. Legendre’s funeral Mass was celebrated Monday, May 17, and he will be buried in the cemetery at St. Joseph Center. At a future date there will be a memorial service to remember and pray for those who have died during this pandemic. “May Brother Leo—a teacher at heart—rest in the peace and joy of his New Life with the Lord.” Arrangements are under the direction of the Raymond E. Bond Funeral Home, Valatie. 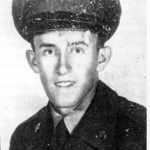 KOREA—Corporal Clifford Stanley Johnson, 20, formerly of Valatie, was killed in action December 6, 1950 in the vicinity of the Chosin Reservoir, Democratic People’s Republic of Korea.

He is coming home to his final resting place.

Born October 22, 1930 in Valatie, he was the son of the late Raymond and Margaret (Williams) Johnson. He attended Martin H. Glenn School in Valatie and really enjoyed playing the harmonica and putting on shows for the neighborhood. He also liked playing ball and games with his friends. He enlisted in the Army in early 1950 and was assigned to the Headquarters Battery, 57th Field Artillery Battalion, 7th infantry Division.

He is survived by: his sister, Clara Sanzo of Rensselaer and a brother, Norman Johnson of Cocoa Beach, Florida; several nieces, nephews and cousins. He was predeceased by five brothers, Robert, Martin, Nathan, Larry and Malcolm Johnson and a sister, Glorianna Johnson.

Funeral services will be held Thursday, May 20, 2021, 11:30 a.m. from the Raymond E. Bond Funeral Home, Valatie. Calling hours will be 9:30 to 11:30 a.m. prior to the funeral. Burial will follow at the Gerald B.H. Solomon National Cemetery in Stillwater with full military honors. A story about Corporal Johnson appeared on the front page of The Columbia Paper’s May 13 issue.