He attended Hudson High School and was a welder locally in the boiler trade.

He will be greatly missed by: his two brothers, Anthony Jr. (Yetty) Nero and Thomas Nero; his sister, Nancy Nero and her husband Mike Burnell; nieces and nephews, Nicole, Jason, Kimberly and Sarah. In addition to his parents he was predeceased by his brother, James Nero in 2020.

A memorial service is being planned and will be announced. Burial will be in Cedar Park Cemetery.

GERMANTOWN—Paul C. Kozlowski, Jr., 58, of Germantown died suddenly in a tragic accident Thursday, May 14, 2021. Born August 23, 1962 in Hudson, he was the son of the late Paul and Wilma (Ihlenburg) Kozlowski.

He grew up on his father’s farm with his family. It was there he acquired his passion for farming and gardening. Over the years he learned many trades and grew to become a selfless man of many capabilities. He was a hardworker and loved sharing his wisdom. He loved his family and friends alike. He enjoyed working, helping others, biking, boating, fishing, gardening, construction and many other recreational activities. He was self-employed as a creative master of all trades.

He is also survived by the mother of his children along with many friends.

A memorial service will be held Sunday, May 30, 2021 from 1 to 3 p.m. at the Sacco Funeral Home, 700 Town Hall Drive, Greenport. To leave online condolences visit www.saccofuneralhome.com

GHENT—Richard Howard Ostrander, 74, of Philmont died peacefully Thursday, May 20, 2021 at Ghent Assisted Living. Born September 29, 1946, he was the son of the late Howard and Helen (Cantine) Ostrander.

He was a retired deputy sheriff with the Columbia County Sheriff’s Office with more than 36 years of service. He also retired from the Philmont Water Department. He was a member of the Philmont Rod and Gun Club, served as a Claverack Republican committeeman, volunteered for the Philmont Fire Company for 25 years and enjoyed trap shooting, hunting and fishing.

In addition to his many activities he enjoyed spending time farming with his family and was a member of the Hudson Valley Old Time Power Association.

He will also be greatly missed by his grandchildren, Elizabeth Gorton, Conner Stark, Lauren Postell, Patrick Stark, Luke and Lily Postell. He was predeceased by a stepson, Richard “Kippy” Gorton. Family and friends are invited to visiting hours Thursday, May 27, 2021, 4 to 7 p.m. at the Sacco Funeral Home, 700 Town Hall Drive, Greenport. A private funeral for family and close friends will be held Friday, May 28 at 10 a.m. when a short prayer service will be offered graveside at the Mellenville Union Cemetery officiated by Pastor Jon Hodges.

He suffered multiple life-threatening injuries while practicing for the Loretta Lynn area qualifier at Walden Motocross in Wallkill. Unfortunately, he succumbed to these injuries days after and tragically passed from our lives into God’s loving arms, surrounded by family embraces at Westchester Medical Center Trauma unit. He was 47 years old.

Born in Hudson, February 24, 1974, he grew up racing motocross, becoming one of the most promising young riders in the sport by the early 1990s.

In 1997 he achieved a childhood dream when he won an AMA 125 Pro Motocross National in Mt. Morris, Pennsylvania. His talent and success was undeniable, as was his humble and gracious nature. He received so much joy from training and coaching the youth he encountered both on and off the racetrack.

His artistic talent can be seen in his tattoos, helmet designs and more currently in his vision of what he could do with the acres of land he lived on. His art shows through the enjoyment he got moving dirt, trees, building a pond and uncovering beautiful mountain views to share with his family and friends.

Mr. Sheak was an avid hunter and loved fishing and could always be found outdoors with his wife, Amy who he referred to as, “the love of his life, his beautiful wife.” He was a hometown country boy who, “at the end of the day,” was happiest at home with his family.

Funeral services at the Bates & Anderson- Redmond & Keeler Funeral Home, 110 Green Street, Hudson will be held Thursday, May 27 at 10 a.m. Interment will be in Cedar Park Cemetery. Visitation hours at the funeral home will be Wednesday, May 26 from 3 to 7 p.m. Following funeral services Thursday, a celebration of Mr. Sheak’s life will be held at Claverack Motocross Track, 131 Tishauser Road, Claverack.

His family thanks Road 2 Recovery, RacerX, ProCircuit, Jamie Slaughter-MSC, 100%, along with the rest of the MX family for all the incredible support through this very difficult time. In lieu of flowers, the family for donations in Mr. Sheak’s name to www.road2recovery.com. Visit www.batesanderson.com to leave condolences. 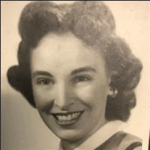 Formerly of Greenport and Stottville, she graduated from Hudson High School and then worked at V & O Press.

She married Edward Hamm,n July 25, 1953 and they shared 68 years together. They moved to Tennessee, then North Carolina, before returning to Stottville. She was a member of the Trinity United Methodist Church and sang in the choir, along with the Choraleers.

Funeral services at the Bates & Anderson-Redmond & Keeler Funeral Home, 110 Green Street, Hudson will be held Wednesday May 26 at 11 a.m. A visitation hour prior to services will begin at 10 a.m. Interment will be in Kinderhook Cemetery. Visit www.batesanderson.com to leave condolences.

GHENT—Helen V. Burns, 66, a long-time resident of Germantown, passed away Saturday, May 22, 2021 at the Whittier Rehabilitation and Skilled Nursing Center.

Born January 17, 1955 in Astoria, she was the daughter of the late George R. Burns and Marion (Malavase) Burns.

She was the oldest of four siblings and loved her family very much. She enjoyed writing her poetry, making her daily phone calls to family, friends and neighbors, and always had a cute riddle for anyone she met.

She could talk about the music she loved for hours and enjoyed coloring and doing math lessons. She had a creative mind and her greatest gift was her poetry, she loved coming up with a poem on the spot. Her poems will continue to be cherished by her family. She lived her life with great joy and immense faith. She was a longtime parishioner at St. Christopher’s Church in Red Hook and a proud member of the Legion of Mary.

In addition to her loving mother, Marion, Ms. Burns is survived by: her siblings and their spouses, Mary and John Sweeney of Mineola, George and Terry Burns of Germantown and Robert Burns (Karen) of Douglaston; her aunt, Helen Belden of Long Beach; her beloved nieces and nephews, Sean Sweeney, Katelyn Burns, Ann Marie Molina, Robert Burns, Jr., James Burns and Paul Burns; her grandnephews, Oscar and Owen; and her first cousins, Sue and Bob.

Memorial donations may be made in Ms. Burns’ memory to the EWTN, Catholic Radio online at www.ewtn.com/missions/love-and-understanding-of-god.