HUDSON—Mary Lou Washburn passed away Saturday, April 24 in her home with her husband, son and granddaughter at her side.

Born in Hudson, March 6, 1939, she was 83 years old. She was the eldest daughter of the late Harold and Mary (Abatto) Race. “Loulabelle” will be missed, especially by her husband of more than 62 years, George.

She is the unapologetic mother of the Reverend Richard Washburn, chaplain of the Greenport Fire Department and Hudson Police Departments, and was the loving protector of all her children, Gina, George, Jr. (Babe) and Rick Washburn, and her adopted son, Allen Krom; grandchildren, Alyssa, Jeremy, Hailey and Kelsey; great-grandchildren, Gabriel, Bennett and Jade. She is survived by her devoted sister, Elvina (Esselstyn) and brother Henry Race. She was predeceased by her brother, Richard “Dick” Race.

Mrs. Washburn was one of the first women permitted to be a firefighter in the Town of Greenport, in fact she was a member of all three fire companies, active in the fire police, an officer in auxiliary and county-wide organizations. If there was a barrier to her serving, she didn’t overcome it, she tore it down. She served as secretary/treasurer of the Greenport Fire District for more than 32 years and took her role protecting the taxpayers’ money seriously. She was bookkeeper and weighmaster for more than 30 years at A. Colarusso & Sons in Greenport, earning her the nickname as “Gravel Gertie.” She was never afraid to work or get her hands dirty. In retirement, she loved being with friends and family at Blackthorn in East Durham and traveled everywhere she could despite her declining health. She was a cancer survivor and artificial heart valve recipient, never the victim, only the fighter.

In lieu of flowers, donations may be made to: Greenport Pumper Co. No 1, P.O. Box 375, Hudson 12534. Services were May 4 at St. Mary’s Church in Hudson. A Christian burial followed at Cedar Park Cemetery in Hudson. Arrangements were with the Bates & Anderson – Redmond & Keeler Funeral Home, 110 Green Street, Hudson. Visit www.batesanderson.com to leave condolences.

Born in Herrin, Illinois, he was the son of the late Reverend Harold B. Roemer and Frances Roemer.

He was also predeceased by his brothers, Robert (Bob) Roemer and Harold (Harry) Roemer.

He was a graduate of Hudson High School and attended Valparaiso University. After college, Mr. Roemer served in the United States Army in Vietnam. After serving his country, he entered the world of banking. He worked at Hudson City Savings Institution for many years and then transitioned into politics as Columbia County treasurer, serving a two-year term. He recently retired from FASNY Firemen’s Home, Hudson, where he worked in the Museum of Firefighting and the maintenance department for 20 years. In 1982, he was ordained as a permanent deacon in the Roman Catholic Diocese of Albany. He also served as chaplain for the J.W. Edmonds Hose Co. and was recently recognized for his years of dedication and service. He was a member of the Firemen’s Association of the State of New York and Knights of Columbus, Catskill. He was a faithful servant of Sacred Heart Church, Hudson, St. Patrick’s Church, Catskill and St. James Church, Chatham.

Mr. Roemer was a very dedicated, generous and kind deacon administering his various duties within the Catholic Church. He will be greatly missed by many. A Mass of Christian Burial was celebrated May 3, 2021 from St. James Church in Chatham. Interment will be held Wednesday May 5, 11 a.m. in Cedar Park Cemetery.

The family extends its gratitude to the doctors and nurses/aides of the Covid staff and the 2nd floor Observation and Telemetry Units, and all CMH hospital staff who took such loving care during his stays. In lieu of flowers consider donating to Vietnam Veterans Memorial Fund at www.VVMF.org or 1235 South Clark Street, Suite 910, Arlington, VA 22202. Arrangements were with the Bates & Anderson – Redmond & Keeler Funeral Home, 110 Green Street, Hudson. Visit www.batesanderson.com to leave condolences.

GHENT—Nicholas Paul Mossman, 63, of Philmont passed away April 29, 2021 at Ghent Rehabilitation and Nursing Center. He was born May 3, 1957 in Hudson to Philip and Marie Mossman, both of whom predeceased him. His nine-year battle with many health issues has finally ended and he has found peace.

“Nick” served in the United States Air Force from 1977 to 1983. He received an honorable discharge with the rank of sergeant. He enjoyed his time in Alaska and loved to share stories about his adventures there especially fishing for salmon. He was very interested in hunting, fishing and sports. He was an avid NY Yankees and Miami Dolphins fan. He was employed for many years at Columbia Beer (Topper’s) in Greenport and with his last employer Gro Max in Mellenville until his health issues precluded him from working.

His family expresses gratitude and appreciation to the staff at Ghent Rehab and Skilled Nursing Center and the Columbia-Greene Dialysis Center for their patience, wonderful professional care, and friendships they provided to him over the many years. Those who knew him were exposed to his “rough and sarcastic” attitude but also came to realize and appreciate his warm heart.

A graveside service will be held at Sacred Heart Cemetery in Philmont, Thursday May 6 at 11 a.m.

Donations in his memory may be made to the Mellenville-Philmont Food Pantry, P.O. Box V, Mellenville 12544 or the Columbia-Greene Humane Society, 111 Humane Society Road, Hudson 12534. Arrangements were with the Bates & Anderson – Redmond & Keeler Funeral Home, 110 Green Street, Hudson. Visit www.batesanderson.com to leave condolences. 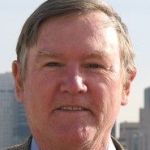 Born in New York City November 23, 1937 to Col. William McMillan Adams and Eleanor (Hermann) Adams, Mr. Adams grew up in Canaan on a farm originally purchased by his grandmother in 1916.

He graduated from Phillips Academy–Andover, Yale University, Columbia Law School and the MIT Sloan Fellows MBA program. He began his career as an attorney with Coudert Brothers and went on to lead multiple companies before starting Adams-Royer, an international acquisitions firm based in New York and Paris.

Fluent in French and Spanish, Mr. Adams traveled, lived and worked many places over his life. His true home was always his farm, Harryswood in Canaan. He possessed a talent and passion for conversation, gardening, photography and fly fishing.

Mr. Adams is survived by: his wife, Brenda; his son, Nicolas; his brother, Henry of Pasadena, California, and his nephew, William of Los Angeles, California.

A private memorial service will be held this summer. In lieu of flowers, donations may be made to The Berkshire Botanical Garden in Stockbridge, MA. 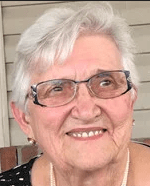 GERMANTOWN—Patricia Helen (Krezmin) Myer of Germantown peacefully passed away at the home of her daughter and son-in-law, Cheryl and John Steuhl, April 29, 2021.

Born September 9, 1933 in West Point, she graduated from Germantown Central School, class of 1951. She was the daughter of the late Joseph and Dorothy (Staples) Krezmin. She was predeceased by her husband, Robert L. Myer, Sr., and sister, Joan (Krezmin) Steuhl.

She was a bank teller for many years and retired from Nations Bank, Summerville, SC, in 1996. Upon her retirement she returned to Germantown

There will be no calling orders. Interment will be at the Germantown Reformed Church Cemetery at the convenience of the family.