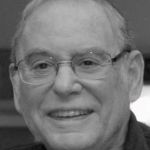 Robert Gary Willner of Chatham passed away, 12 days before his 90th birthday, on the morning of Tuesday, May 18, at his home, in the loving presence of his wife Barbara and daughters Helena and Marla.
Bob had been a part of Columbia County life since 1985, and a full-time resident of Chatham since 1992.
Bob was born in Brooklyn to Martin & Celia Willner (née Lindenauer), and was predeceased by his beloved brother Allen in 2008. Bob graduated from Brooklyn Boy’s High School, Columbia College (AB 1956) and NYU Law School (LLB 1959). He did a short stint in the army after the Korean War. He was admitted to the New York Bar in 1960. Bob worked most of his career in restricted securities, starting at the USSEC and ending as senior vice president at Donaldson, Lufkin & Jenrette, an investment bank in New York City.
Bob relished life, especially clever humor, Jewish food, red wine, writing poems, and his family & friends. He was an irreplaceable and genial advisor to his children & grandchildren, and an outsized presence in the lives of his brother’s children & grandchildren.
Bob’s wife Barbara Willner originated the Austerlitz Historical Society’s annual Blueberry Festival. Bob & Barbara are long-time supporters of the Society.
Bob will be deeply missed by his wife Barbara; daughter Helena Willner, husband Rob Vaharadian and their children Jack and Ben; daughter Marla Willner, husband Dave Lamendola and their children Eric and Ryan; step-daughter Aari Ludvigsen, her wife Barbara Gaines and their son Simon; his nephews Keith & Ken Willner, his niece Sharon Willner Saudino, and their families; the rest of his extended family, his many friends, and all local purveyors of good food.

CANAAN—Christine Marie Langlois, age 56, of Canaan passed away Thursday, May 19, 2021 at her home.

She was born in Pittsfield, Massachusetts, February 28, 1965, the daughter of the late Ann Louise (Belot) Langlois and Richard Langlois. She was educated in the Pittsfield Public School system and graduated from the Mildred Elley Business School.

She was a loving mother, wife, sister and friend. She was hard-working and caring. She spent her early years working as a life guard and in restaurants before finding her true calling at the Berkshire Farm Center and Services for Youth, where her passion and commitment flourished.

She was also the proprietor of The Spirited Grape in New Lebanon.

Ms. Langlois was predeceased by her loving husband, John Casford in 2021. She is survived by: her daughter, Hollie Roberts; four grandchildren, Sincere, Carmelo, Giada and Kashmir; her brother, Michael Langlois and sister, Virginia Langlois. She was predeceased by her sisters, Donna Sondrini, Dianne Langlois and her brother, John Eppoliti. She also leaves behind many nieces and nephews.

A Celebration of Life will be scheduled at a later date for both Ms. Langlois and her husband.

In lieu of flowers, donations may be made to St. Jude’s Children’s Hospital. Arrangements are with the Wenk Funeral Home, 21 Payn Avenue, Chatham. Send online condolences at wenkfuneralhome.com.

CHATHAM—Frank D. Bondi, resident of Chatham, beloved husband, father and grandfather passed away unexpectedly at home May 26 at the age of 62.

He is survived by: his wife, Eileen Hunter; his sons, John Eaton, Frank Bondi and granddaughter, Thea Eaton. He was beloved by his daughters-in-law, Kelly and Danielle and his stepchildren, Joseph and Katelyn. Mr. Bondi was predeceased by his mother-in-law and father-in-law, Florence and John Carroll.

He was born in Bronxville, October 13, 1958. He spent his childhood in Mount Vernon. He graduated from high school and spent most of his career in the grocery business, most recently as an assistant store director.

Mr. Bondi loved being with his family, rooting for the Knicks, Mets and the Dallas Cowboys. He also loved music, boogie boarding and vintage cars. He took great pride in everything that he did and loved living in Chatham. “Frank, you made the world a brighter place and you will be missed.”

Viewing hours were held May 29 at the French, Gifford, Preiter and Blasl Funeral Home, 25 Railroad Avenue, Chatham. Condolences may be conveyed at frenchblasl.com.

Born October 19, 1969 in Poughkeepsie, he was the son of Bernard Barrett, Jr., and Judith (Leggio) Bathrick.

He was a self-employed master car detailer. He loved cars, especially his 1994 Mustang. His kind, generous manner would find him helping anyone in need, no matter what the task.

He was extremely family oriented, and adored his children and grandchildren. Next to cars, his other joy was smoking and grilling his favorite foods. He would be prepare enough food to feed the neighborhood, while usually enjoying a Molson “tall boy.”

Visitation hours at the Bates & Anderson-Redmond & Keeler Funeral Home, 110 Green Street, Hudson, will be held Thursday, June 3 from 10 a.m. to noon with a memorial service at noon. Visit batesanderson.com to leave online condolences.

GHENT—Frances Caroline Esposita, 97, passed away at the Ghent Rehabilitation and Nursing Center, Saturday, May 29, 2021.

She was born in Newton Hook, a daughter of the late Joseph and Maria Vatalero Graziano.

Formerly of Hudson, they moved to Catskill in 1952. Mrs. Esposita was a parishioner of St. Patrick’s Church, Catskill.

She was the loving mother of Carman A. Esposita (Christina) of Kinderhook and Duane J. Esposita (Patricia) of Catskill; grandmother of Kristin Ublacker (Carl) of West Sand Lake, Amy Oates (John) of Rensselaer, Eric Esposita of North Carolina, Aaron Esposita (Stephanie) of Virginia and Lacey Esposita (Travis Holcomb) of Florida; great-grandmother of Layla and Eric Esposita of NC, Connor See-Aidan and Ella Oates of Rensselaer, Ashlynn, Madison and Kaleigh Ublacher of West Sand Lake, Chloe and Cody Esposita of VA; great-great-grandmother of Rian Rivas of NC; sister of Lena Berninger of Ghent, Joseph Graziano (Catherine) of Hudson and Santa DeLuke of Hudson; aunt to many nieces and nephews.

A public walk-through visitation for family and friends will be held Thursday, June 3 from 5 to 7 p.m. at Millspaugh Camerato Funeral Home, 139 Jefferson Heights, Catskill. Family and friends will gather Friday, June 4 at the funeral home at 10 a.m. and process to St. Patrick’s Church, 66 William Street, Catskill for an 11 a.m. Funeral Mass celebrated by Father Gary Gelfenbien. Interment will follow in St. Patrick’s Cemetery, Catskill. Memorial contributions may be made to Alzheimer’s Association, 4 Pine West Plaza, Suite 405, Albany 12205. Messages of condolence may be made to MillspaughCamerato.com.