He was born October 9, 1935 in Pittston, PA, to John and Ann Yurish. He grew up in Pennsylvania and moved to Brooklyn after high school. He attended Fordham University on a football scholarship where he earned his degree in sociology. While at Fordham he enrolled in ROTC and completed officers training. He served in the United States Marine Corps from 1957 to 1963.

He met the love of his life, Emma Bridget Brennan on her 18th birthday at John’s Ice Cream Parlor in Brooklyn. They were married in the “Lady Chapel” at St. Patrick’s Cathedral in NYC December 15, 1956.

Mr. Yurish began his early career at Western Electric (AT&T). In 1965 he earned his MBA from Fairleigh Dickinson University. He worked at the American Management Association, ITT and Hertz, where he held increasingly responsible positions in human resource management and organizational development. In 1981 he founded J.L. Yurish Associates, an international management consulting firm, specializing in strategic planning, organizational change and executive development. In 1987 he joined National Car Rental as executive vice president. In 1993 he played an instrumental role in developing Women Unlimited, Inc. a corporate mentoring, education and networking company. He continued to work with WUI until recently.

Two keys to his professional success were his gift of storytelling and his ability to command a room. He had a quick wit and loved puns of all kinds (there are no “bad” puns). He was goal-oriented and often was known to say “How do you know if you’ve gotten where you want to go if you don’t have a road map.” Many family, friends and colleagues sought out his wise counsel and advice.

A life-long learner, he enjoyed reading books on leadership, management strategies, spirituality, autobiographies and military/espionage novels. He enjoyed painting, photography and eating anything that Emma made – especially her apple pie.

Jack loved the great outdoors. He was an avid gardener and spent hours tending to the myriad of flowers and the vegetable garden. He enjoyed running, hiking and rides on his motorcycle with Emma or one of his kids riding on the back. He was a NY Giants and NY Yankee fan and imparted his love of sports to all his children.

Family life was at the heart of his world. He was most proud of his children and grandchildren and was happiest when all of them were under one roof. He enjoyed watching his children grow up in White Plains and he relished the two week vacation the family took on Long Beach Island, NJ. Many wonderful memories were created in both places.

He faithfully served his church community at St. James Roman Catholic Church in Chatham, where he was an active member of the church board and sang in the choir.

In lieu of flowers, the family requests a donation in Mr. Yurish’s name to one of the following: The Pancreatic Center at Columbia Presbyterian Hospital (https://columbiasurgery.org/pancreas/how-you-can-help-us-make-difference) or The Community Hospice of Columbia/Greene County (www.communityhospice.org).

She was born in Waleska, GA, to the late Tom Smithwick and Frances Neff, January 15, 1936 and worked for the State of NY for more than 30 years. She earned her BA in psychology from the University of Albany in 1989. She retired from the state in 2005 finishing her career with the Department of Social Security/Disability, where she enjoyed assisting taxpayers get the benefits that they were entitled to.

She loved opera and classical music. She attended several opera festivals in Europe, where she meet her favorite performer, Siegfried Jerusalem.

Upon retirement from the military, he moved back to the Hudson area, where many of his extended family had settled and entered into the civilian workforce. He worked at W.B. McGuire Company for a second career before retiring in 1991. He has participated and held memberships in the Masonic Hudson Lodge #7, United Cement Home and Gypsum Workers Union #514 and United Steelworkers of America #8090. In addition to his career accomplishments, Mr. Naegeli took great pride in maintaining his homes and working with his brothers, nieces and nephews helping them improve their homes.

He enjoyed hunting, molasses cookies, fishing, gardening, being a know-it-all, stamp collecting, reading and woodworking. He will be remembered for his generosity in sharing his passions and products of his hobbies with family and friends. 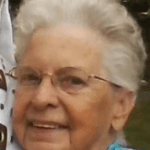 GHENT—Heaven gained another Angel. Loved by many, Phyllis “Pinky” Muller always brought light and love to those she met.

“Whether she knew you for years, or just met you, she was always full of hugs…and scratch-offs for everyone!” Her goal every day was to make someone smile. She always wanted to help others. Her paintings grace many a wall in so many homes. She was always looking for “pennies from heaven” to make donations for good causes.

Born December 11, 1937 in Cementon to Felix and Johanna Wynne Mataska, she grew up surrounded by love. She was very proud of her job as a telephone operator, where she met her husband to be, David E. Muller. She went on to sell Stanley Home Products. After that, she worked at Pressman’s Army/Navy Store in Hudson, Baker’s Women’s Wear, and finally settled in at the Town Fair. She was a hard worker and put all of her heart into every position she held.

Recently she resided at Ghent Assisted Living, “where they have the most amazing and loving group of caregivers we have every come in contact with. We thank them all for the loving care and friendship they gave to our mother during one of the toughest years we all have ever gone through.”

She was predeceased by her parents; her sisters, Joan Tratnack, Dolores Shook and Veronica Spampinato; her husband, David and her son, David Jr.

She is survived by: her daughter, Debbie and her husband Tom Beck; her son, Darryl and his wife Suzanne Muller; grandchildren, Tonya, Tabitha, Natasha and Robert, and several great-grandchildren. To honor her wishes, there will be no viewing, and services will be private. Memorial donations may be made to a charity of one’s choice. Visit www.batesanderson.com to leave condolences.

GREENPORT—Helen M. Hogan, 106, of Saratoga, most recently Greenport, passed away April 27, 2021 with her family by her side.

Born July 3, 1914 in Ballston Spa, she was the daughter of Ludwika and Wojciech Lisoska.

A Mass of Christian Burial was celebrated Tuesday May 11 from St. Clement’s Church in Saratoga Springs. 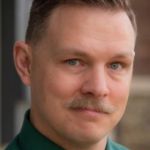 KINDERHOOK—Michael Ryan Buono passed away May 7, 2021 at home surrounded by his family.

He will be buried at Gerald B.H. Solomon Saratoga National Cemetery with military honors. Condolences may be conveyed at frenchblasl.com.