She was preceded in death by her beloved husband, Americo “Nick,” who passed away in 2008.

With her husband, she operated the Polar Bar before retiring to Florida in 1978. They enjoyed entertaining family and friends and had many fond memories. The house and dinner table were usually full with guests. Her husband cooked and she was renowned for her pie baking. She loved decorating with fresh flowers. Trips to casinos in Florida and Connecticut were favorite activities as well as attending plays at MacHaydn Theatre. In recent years she returned full-time to New York and resided with her niece, Mary Lou in Columbiaville.

At Mrs. Centocanti’s request there will be no calling hours.

The family thanks the staff at Ghent Rehabilitation Center for the care provided.

In lieu of flowers memorial donations may be made to St. Mary’s/Trinity Church, 429 East Allen Street, Hudson 12534. 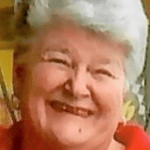 Born December 7, 1944 in Long Island, she was the daughter of the late Rudolph Emil and Harriet Regina (Grimm) Bachman.

Her devotion to her family and her unwavering faith in Christ supported her in her valiant battle with cancer. She was an inspiration to many to “love better” in the ways she opened her heart and home to serve others. Mrs. Slater will be dearly missed by her loved ones who celebrate the fact that “she is at peace with her Creator.”

Funeral services were held Saturday, June 12, 2021 at St. John’s Lutheran Church, Route 26A, Stuyvesant with the Reverend Dan Cohn officiating. In lieu of flowers, contributions may be made to St. John’s Lutheran Church or Community Hospice of Columbia/Greene. Arrangements were with the Raymond E. Bond Funeral Home, 1015 Kinderhook Street (Route 9), Valatie. To send condolences visit raymondbondfh.com. 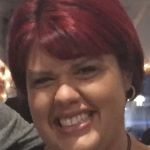 Born June 5, 1980 in Hudson, she was the daughter of Guy and Janis (Barbeau) Graziano of Valatie.

She was a hair stylist at Mane Street for the past 12 years. She had a passion for hair, as evidenced by her ever-changing style and color. “One never knew what color hair she would have when she greeted you!” She had a love for music, animals and above all else her family and friends. A devoted daughter, she was always making sure that her parents were in good health and spirits. She considered it her job to make sure that both were true. She was a loving wife to her husband, Ken. She felt that meeting and marrying Ken was the best thing to ever happen to her.

She had just begun her journey as a mother to their son, Wyatt, making him her focus and direction for the past two and a half years. As a devoted sister and aunt, she was known for her loud laugh, quick sarcasm and big, engulfing hugs. She will be remembered by all who knew her for her wit, her fierce loyalty and her warm smile.

A Mass of Christian Burial will be celebrated Tuesday, June 15, 2021, 11 a.m. at St. John the Baptist Church in Valatie. Burial will follow in West Ghent Cemetery. Visitation will be Monday, June 14, 2021 from 4 to 8 p.m. at the Raymond E. Bond Funeral Home, Valatie.

Born in Hudson October 31, 1956, she was the daughter of the late John Joseph and Blanche Marie (Shortsleeve) Yates. She was a graduate of Hudson High School and earned her associate’s degree from Columbia-Greene Community College.

She was an account clerk for the Hudson City School District until her retirement in 2018.

She was a loving mother and grandmother and will be greatly missed by her family, including sons: Justin (Samantha) Elliott, Thomas (Brittany) Elliott, all of Hudson; grandchildren, Blake and Madelyn Elliott; brothers and sisters, Terry and Linda Yates of Lebanon, TN, David and Eileen Yates of Stockport, Sharon and Ray Rouse of Hudson, Jeff and Linda Yates of Conway, SC, Joanne and Franny Snyder of Churchtown; many nieces and nephews and extended family. In addition to her parents, she was predeceased by brothers and sisters, Susan Yates, Nancy and Allan Graziano and her sister-in-law, Barbara Yates.

Arrangements were entrusted to the Sacco Funeral Home, Greenport.