Born January 14, 1940 in Hudson, she was the daughter of the late Thomas Buckley and Elizabeth (Seibert) Morrissey. She had a career in government service and worked for the Economic Research Service of the U.S. Department of Agriculture in Washington, D.C. as a research analyst.

Private graveside services for the family will be held in Kinderhook Cemetery, Kinderhook. Arrangements are under the direction of the Raymond E. Bond Funeral Home, Valatie. To send condolences visit raymondbondfh.com.

MILLERTON—James M. Silvernail, Sr., 77, of Millerton passed away Monday, June 21, 2021 at his residence with his family by his side.

He was a graduate of Webutuck High School and was employed by K & E Manufacturing for more than 30 years. He also worked at Hipotronics and most recently at Salisbury Bank & Trust in Canaan, CT.

He was an avid artist and enjoyed drawing. He loved to read and was also a collector and builder of model cars.

Memorial contributions may be made to one’s local chapter of the American Cancer Society.

A Celebration of Life is being planned and will be announced. Express condolences at www.peckandpeck.net. 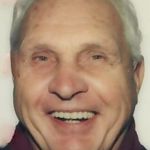 Rev. Cantwell was born August 28, 1928 in Troy, the son of the late Walter Aloysius Cantwell and Alice Spenard Cantwell. He was preceded in death by: his brother, Walter; his sister-in-law, Ruth; his nephew, Walter and his niece, Kathy.

He is survived by: his wife and caretaker of more than 25 years, Mary Bowe; nieces, Alice Forlini and Susan Barone; nephew, Richard Cantwell; several great-nieces and nephews and great-great nieces and nephews.

He was ordained in the Catholic Diocese of Albany in June 1954. He was assistant pastor at St. John the Evangelist Church in Schenectady from 1954 to 1964, at the same time he was Newman Chaplain at Union College and Ellis Hospital. He spent a short time at a church in Ballston Spa and then became assistant pastor at St. Mary’s in Hudson from 1965 to 1966. He was appointed chaplain at the NY State Training school for Girls in 1966 until its closing in 1975. He remained chaplain at Brookwood Center until 1991. He was chaplain at Hudson prison since its opening in 1976 and retired from there in 2001. One of his most fulfilling endeavors was with the International Christian Family Movement. He held chaplaincies with the movement for more than 40 years. One of his happiest memories was participating in a gathering of Christian Family Movement members and the World Council of Churches in Geneva which culminated in a trip to Tanzania to meet with families there. He was pleased that were many different religious groups united in supporting and enhancing the lives of the people in Tanzania. He made other trips with the group including having an audience with Pope Paul VI in the early sixties, visiting Malta for a conference and Germany to learn about their programs. Besides his duties as chaplain at the prison he was an active participant in the community of Hudson. He taught little children to swim at Oakdale Beach and was a volunteer at the Railroad Snack Bar at the Hudson Station, a member of Citizens for Peace in the Nuclear Age, and member of Amnesty International as well as serving on committees for migrant workers. He was often seen about town on his bicycle—his main mode of transport—and using the train for travel beyond Hudson.

In retirement he had to give up his bicycle as physical disabilities limited him. He did enjoy going out to dinner, local theater and musical events with Mary Bowe and other friends. He spent his last days being cared for in Mary Bowe’s home.

The family will receive visitors from 10 to 11 a.m., Wednesday, June 30, 2021 at the Raymond E. Bond Funeral Home, Route 9 in Valatie. Funeral services will be at 11 am. Contributions in his memory may be made to the American Cancer Society. To send condolences visit raymondbondfh.com.

She was predeceased by David, her husband of 40 years, and grandson, Zachary Watrous.

In lieu of flowers, donations would be welcomed by the Regional Food Bank of NENY, c/o Robin Sullivan, Ichabod Crane High School, P.O. Box 820, Valatie 12184 or Karma K9 Rescue, 21 Black Lake Road, Catskill 12414. The family thanks Community Hospice for all their support. Arrangements are under the direction of the Raymond E. Bond Funeral Home, Valatie. To send condolences visit raymondbondfh.com. 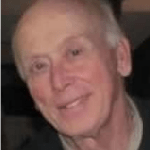 CASTLETON—Paul W. Vorgang, 81, of Castleton passed away Tuesday, June 22, 2021 at home surrounded by his family.

On July 19, 1939, he was born in Staten Island, the son of the late William and Beatrice (Jakubowski) Vorgang.

He graduated in 1957 from Roeliff Jansen Central School District in Copake. He attended Hudson Valley Community College in Troy and graduated with a degree in construction. He worked as a draftsman for six years before starting his own business. He retired as a self-employed general contractor from Vorgang General Contracting.

He will be remembered for building his home (with friends), as a proud father and grandfather, and as a talented and dedicated contractor and craftsman. He enjoyed chocolate shakes, working, snowmobiling, white water rafting, and most of all, spending time with family, his children, and grandchildren.

Family and friends are invited to a Celebration of Life on Tuesday, June 29, 2021, 4 to 7 p.m. at the Rensselaer Elks Lodge, 683 Columbia Turnpike, East Greenbush.

In lieu of flowers, memorial contributions may be made to Community Hospice, 310 South Manning Boulevard, Albany 12208. Arrangements are with the William J. Rockefeller Funeral Home, Inc., 165 Columbia Turnpike, Rensselaer. 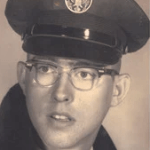 CLAVERACK—William J. Craft, Jr., 74, of Claverack died peacefully at home in the company of his family Thursday, June 24, 2021.

Born in Hudson August 17, 1946, he was the son of the late William J. Craft, Sr., and Evelyn E. (Decker) Craft. Following high school, “Bill” served honorably in the United States Air Force from 1965 to 1968 including a tour in Vietnam. After many years, he retired from the Columbia County Facilities Department. He was a member of the Hudson Elks #787, member of the Church of St. Joseph, Stottville and an avid golfer.

Calling hours for close friends and family will be at the Sacco Funeral Home, 700 Town Hall Drive, Greenport, Monday, June 28 from 9 to 10:30 a.m. A Mass of Christian Burial will be celebrated at the St. Joseph Catholic Church, Stottville at 11 a.m. with Fr. Frank O’Connor officiating. Following cremation his ashes will be buried in Cedar Park Cemetery with U.S. Air Force honors on a date to be announced. Memorial contributions in his name may be made to the American Cancer Society, P.O. Box 22478, Oklahoma City, OK 73123. ALBANY—Clara Sanzo, 89, passed away peacefully at St. Peter’s Hospital, Thursday, June 24, 2021 surrounded by her family after a brief illness.

Born in Valatie, she was the daughter of the late Raymond and Margaret Johnson.

She married the love of her life, Felix Sanzo, January 12, 1952 and resided in Schodack Landing until moving into their permanent residence in Defreestville. Mr. and Mrs. Sanzo raised three children.

Aside from raising her children, she enjoyed bowling, playing cards with friends and family, Pop Warner football and cheerleading. She was president of East Greenbush Pop Warner cheerleaders for a time. She was also an avid Yankees and Giants fan.

Mrs. Sanzo also adored spending time with her grandchildren and great-grandchildren, as well as her family. She enjoyed her flower gardens and traveling as well.

She was predeceased by: her parents, Raymond and Margaret Johnson; her brothers, Larry, Robert, Malcolm, Nate, Clifford, and Martin; her sister, Gloriana; her husband, Felix Sanzo; and daughter-in-law, Denise Sanzo.

At the family’s request, in lieu of flowers, donations may be made in Mrs. Sanzo’s name to The Eddy Visiting Nurse and Rehabilitation Association or St. Peter’s Hospital Foundation, 310 South Manning Boulevard, Albany 12208. Leave condolences at www.wjlyonsfuneralhome.com