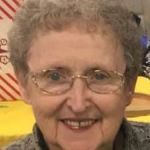 Born December 27, 1941 in Hudson, she was the daughter of the late Byron and Pearl (Hoes) Pulver.

She is survived by: her daughter, Lisa Verbraska (Bob) of Valatie; two grandchildren, Justyn and Shannon Verbraska. She was predeceased by her husband, William J. Dedrick and two brothers, Clarance “Junie” VanZandt and John VanZandt.

Funeral services will be held Thursday, June 24, 2021, noon pm at the Raymond E. Bond Funeral Home, Valatie. Visitation will be Thursday from 10 a.m. to noon prior to the funeral. Burial will follow in Prospect Hill Cemetery, Valatie. In lieu of flowers contributions may be made to the Valatie Rescue Squad, P.O. Box 242, Valatie 12184. The family thanks Kate, Betty, Bridget and Hannah from The Grand at Barnwell for all their care and compassion throughout the years, but especially during the pandemic and the last few weeks.

VALATIE—Following a long illness, Donald Roswell Gaylord, PhD, passed away at his home among his loved ones June 18, 2021, singing along to country music.

Born in Stamford to Harper Boyce and Emma (Weeks) Gaylord, “Don” was the oldest of three children. Working on the family farm, he realized his love of learning was his way to the world beyond. He graduated from Jefferson Central Schools and went on to study chemical engineering at Rensselaer Polytechnic Institute, graduating with a BSCHE in 1961. He earned an MBA from Western New England University in 1963, an MA in polymer science from the University of Massachusetts at Amherst in 1967, and a PhD in chemistry from the University at Albany in 1991. He put his education to work at Monsanto in Springfield, MA, and GAF, BASF and AMRI in Rensselaer. He retired in 2015.

The only thing he loved more than learning and chemistry was his family. He married the love of his life, Remi Snyder Gaylord, November 23, 1963. They raised seven children and had a huge impact on many other young lives, always caring about the welfare of any life they touched. He was a Webelos leader, member of Habitat for Humanity, a lector and active member of St. John’s Church, and a member of the Knights of Columbus in Valatie. Dr. Gaylord was also a member of the Kinderhook Democratic Committee for more than 40 years, embodying the Democratic ideals of equal opportunity and social equality in everything he did. He served on the Town of Kinderhook Planning and Zoning boards, and volunteered in his community whenever the opportunity presented itself.

He was predeceased by: his parents; his siblings, James Gaylord and Florence Koselus; his beloved son-in law, Dwayne Hopkins; and his two grandchildren, Michael Lynch and Harper Gaylord. He is survived by: his wife of 59 years, Remi Snyder Gaylord; their seven children, Donald (Marie), Mary (Dwayne), Raymond (Kim), Helen (Steven) Schneider, Stephen (Kate), Anne Klein and Joseph (Elizabeth); his grandchildren, Katherine and Raymond Gaylord; Dwayne and Maryhelen Hopkins; Rose, Molly, Ethan and Remi Schneider; American and Ultan Gaylord; and Erin and Alex Klein; as well as his two great-grandchildren, Alex and Nathan, and daughter-in-law Paula O’Loan.

In lieu of flowers the family requests donations to Habitat for Humanity or the Valatie Ecumenical Food Pantry. To send condolences visit raymondbondfh.com. 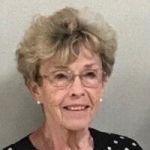 GHENT—Judith A. Andrews, 77, a lifelong resident of Ghent, died suddenly June 20, 2021 with her children by her side.

She was born December 16, 1943 in Chatham, the daughter of the late Harold D. Leggett and Gladys E. Shufelt Leggett.

“Judy” started her education at the one-room schoolhouse in Omi and graduated from Chatham High School in 1961. She continued her education and graduated from The Harper Method Beauty School in Rochester. She opened her own beauty shop with Barbara Radley in Ghent, where the Xtra Mart is now, until she moved the shop to her home. That is where she worked until her retirement in 2017. Her customers became her lifelong friends.

She was a very giving person and served as a Cub Scout leader when her son was a scout. She was also a lifelong member of the West Ghent Reformed Church.

She will be missed by her Wednesday card club and many dear friends. “We take comfort in knowing that she is finally with Larry and her beloved Shitzu Lilly.” Her love of shopping on QVC, especially for pocketbooks and shoes, has already been passed down to her girls. Cape Cod will continue to be her family’s “home away from home”.

In lieu of flowers, her family requests donations be made to the Columbia-Greene Humane Society/SPCA, 111 Humane Society Road, Hudson 12534 or the Ghent Reformed Church, County Route 22, Ghent 12075.

Calling hours will be Wednesday, June 23 from 4 to 7 p.m. at the Wenk Funeral Home, Chatham. A service will be held Thursday, June 24, noon at the Ghent Reformed Church. For online condolences visit https:\\www.wenkfuneralhome.com

He was Born in Hudson March 16, 1952. He was the son of Henry J. and Elizabeth P. (Henderson) Bell. He was a graduate of Hudson High School. He then pursued a career as a certified nursing assistant and ended up retiring from Barnwell Nursing Home.

A graveside funeral ceremony was held June 22 at Cedar Park Cemetery in Hudson. Funeral arrangements have been entrusted to Sacco Funeral Home, Greenport.

“Ted” was born in Oswego, on the shores of his beloved “pond,” Lake Ontario, the fifth of eight children. He later graduated from Columbia University in NY and began his work life with the YMCA where he met the love of his life, Helen Heinz. They were married for 57 years until her death in 2008. Together they had four children, Thomas (predeceased), Linda, Lori and John. This family grew to include spouses, nine grandchildren, and 10 great-grandchildren.

He enjoyed years of a full and varied career, but it was his private and family life which offered him the greatest joy. His many interests included boating, woodworking, gardening, and philosophizing with anyone willing to ponder the deeper things of life.

A brief vigil at Camphill Ghent will be followed by cremation. The family will hold a graveside memorial service at a later date in his beloved Oswego. Friends paid their respects during vigils June 21 and 22.

The family thanks the Camphill Ghent staff for the dignity shown and compassionate care given to their father/grandfather. In lieu of flowers, donations may be made to Camphill Ghent Elders in Community, 2542 Route 66, Chatham 12037.