Born March 19, 1959 in Great Barrington, MA, she was the daughter of Lavendar Kennedy and Betty (Enos) Goodsill.

She was employed at Valley Oil Nice ‘n’ Easy, CVS, and was a prep cook at L’oro d’Italia Specialty Store. She was also a member of American Legion Post 47 Auxiliary, and was a volunteer with Columbia/Greene Community Hospice.

In addition to her parents, Ms. Goodsill was predeceased by: her sisters, Christine Klein and Deborah Goodsill; brothers, Allen, James, Christopher and Ricky Goodsill, and very best friend, Tom Fallon.

Funeral services were held at the Bates & Anderson-Redmond & Keeler Funeral Home, Hudson, Thursday, June 3. Interment was in St. John the Baptist Cemetery in Valatie. Memorial contributions in her name may be made to Community Hospice of Columbia/Greene, 47 Liberty Street, Catskill 12414 or the Columbia County Health Care Consortium. 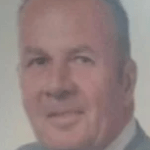 He was a graduate of Hudson High School. After graduation he served in the United States Air Force from 1952 to 1956 and was honorably discharged. His careers included working for Pratt & Whitney Aircraft, the Taconic State Parkway, and the New York State Thruway for 25 years, retiring in 1989. Upon retiring, Mr. Storms worked at Farm Credit Bureau for 14 years.

He will forever be remembered by: his wife of 64 years, Rose Marie (Williams) Storms of Claverack; daughters, Darlene (Matt) Murell of Stockport and Lori (James) Bennett of Jacksonville, NC; grandson, Andrew Murell (Kimberlee Carr) of Niverville, and his brother, Vernon (Barbara) Storms of Greenport.

In addition to his parents, he was predeceased by his brother, Lloyd Storms and sister, Bertha “Mickey” Fusco.

Visitation at the Bates & Anderson-Redmond & Keeler Funeral Home, Hudson and graveside prayers along with interment took place Friday, June 4 in the Kinderhook Cemetery. 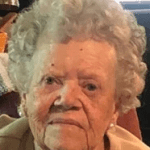 Born June 20, 1934 in Yonkers, she was the daughter of Karl and Doris (Tiffin) Bjorkman.

She graduated from White Plains High School. Her career as an educational secretary ended in 2019 at the age of 84. She has worked for both the Red Hook and East Greenbush School Districts. She had a lifelong love for dogs, especially Golden Retrievers.

Left to cherish her memory are: her daughter, Cathy (Paul) Robertson; son, John Edwin Versace; grandchildren, Benjamin and Russell Robertson, Yaicha and Larisa Versace and William Menz. She was predeceased by her sister, Arlene Bjorkman.

Visitation and a prayer service at the Bates & Anderson-Redmond & Keeler Funeral Home took place Thursday June 3. In lieu of flowers consider a donation in Ms. Versace’s memory to the Columbia-Greene Humane Society. 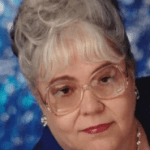 Born September 30, 1931 in Hudson, she was the daughter of the late William and Loletia (Huddleston) Montague.

She was a successful bookkeeper at Ockawamick Central School, a local insurance agency, and, just prior to her retirement, at Columbia Opportunities in Hudson. For most of her career she was the office manager and part-owner of the family business, Montague Coal and Oil, Inc. in Philmont. After retirement she cherished the time she spent with family, delighted in her travels to Florida, Hawaii and Aruba and enjoyed her evenings at Kozel’s.

Mrs. Moseley was a devoted member and office holder of the American Legion Auxiliary Minkler-Seery Post #252 in Philmont. She was a charter member of the Zonta Club of the Upper Hudson Valley. She was a member of Sacred Heart Church in Philmont and later of St. Joseph’s Church in Stuyvesant Falls.

She was predeceased by her beloved husband of 61 years, Robert Moseley, her parents and her brothers, Howard Montague, John Montague and Ronald Montague.

A funeral service was conducted June 7 at St. Mary’s Church in Hudson.

Born September 21, 1957 in Rhinebeck, he was the son of the late Clarence and Lillie (Wagner) Lown.

For many years, he worked as a groundskeeper at Carvel Country Club/Sports City based in Pine Plains.

Well-known throughout the area, he enjoyed playing golf and was an avid animal lover.

In addition to his parents, he was predeceased by a sister, Carol Cole; a brother, Frederick Lown, and a sister-in-law, Debbie Lown.

Memorial donations may be made in his memory to the Dutchess County SPCA, 636 Violet Avenue, Hyde Park 12538.

For directions, or to sign the online guest book visit www.Burnett-White.com. 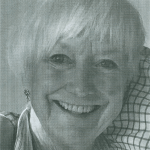 She was born in Las Vegas in 1940, the daughter of Elizabeth Merola and Hank Keddy. She was raised in Redondo Beach, California. She moved to the San Francisco Bay Area for her undergraduate studies and did her graduate work at the University of California, Berkeley campus.

In her final year at Berkeley, she met Benedetto (Ben) Puccio, who was teaching architecture at the College of Environmental Design, and after some serious discussion about the shape their future would take, they decided to relocate to Rome, Italy at a time when Italy was experiencing a renaissance in the arts, enjoying unprecedented economic growth, and social stability. Finding interesting employment was not a problem.

The couple found meaningful work, met interesting people, loved the cuisine and the culture, and the extraordinary landscape fueled their extensive travel throughout Italy. They were married in Rome at St. Paul’s Within-The-Walls and at Michelangelo’s Campidollio (town hall) in 1965.

She taught English at the Shankar Institute and at IL Magistero in Rome and in Torino.

After four blissful years of living in Italy, they returned to the United States in 1967 to reconnect with the America at a time of great political and social unrest. On her return to the U.S., she secured a teaching position at Fort Hamilton High School in Brooklyn, where she taught English literature, served as dean of girls and as college counselor.

They were early settlers in Park Slope, Brooklyn, arriving in 1971 and leaving in 1992 after 21 years of a fascinating life in “the Slope” to take up permanent residency in New Lebanon. They bought a farmhouse in New Lebanon in 1978, where the family enjoyed weekends and summers.

Throughout her life she had a passion for poetry and literature and developed a keen interest in the visual and performing arts. She was the consummate reader, with books on a myriad of subjects piled high at every chair, at her bedside, filling the bookshelves that line her study. She cherished the written word.

Music was one of her other delights, having studied the flute and piano, she immersed herself in music, be it at home, in the concert hall or while driving.

She served on the Board of the Tannery Pond Concert series for nearly 30 years, and was proud to be a part of TPC’s evolution into becoming the premier provider of chamber music in the region.

As a master gardener, she loved her vegetable gardens, her perennial gardens, planning and planting the latest delivery from the nursery. Developing her culinary skills while living in Italy, and honing them over her lifetime, she provided her family and friends with varied gastronomic delights.

Travel and hiking were also a great source of pleasure for she and her husband, including trips and treks to Nepal, Africa, Antarctica, Bhutan, the Galapagos, India, Europe and England. The Adirondacks were her favorite, easily accessible, go-to hiking terrain, which she shared with her husband and friends.

She is survived by: her husband, Ben; her son, Marcangelo; granddaughter, Lucia; daughter-in-law, Angelique; her cousin, Louis Russo; many aunts, uncles and cousins in the Italy and the United States.

Contributions in her memory to Time and Space Limited in Hudson would please her.