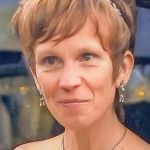 KINDERHOOK—Elizabeth A. Hamlin-Berninger, 52, was taken on the wings of angels to meet the Lord, June 11, 2021 after a courageous 11-month battle with cancer. Her loving family was by her side.

She had a contagious sense of humor, always with a smile on her face and making people laugh. She maintained close bonds with the many people she met through her years and various endeavors. Her greatest joy was being with her family and friends. She was always a free spirit and a bright spot in our lives.

Her determination and drive led her to complete several marathons and compete in two Iron Man Triathlons. She enjoyed nature, all animals and had a passion for gardening.

She lived in Monroe, CT, for most of her life. She graduated from St. Stephen’s School Monroe and St Joseph’s High School, Trumbull.

She then worked as a legislative associate for the Health Committee of the New York General Assembly and later worked for The American Lung Association as director of Health Advocacy for New York, Massachusetts and Vermont.

After many years of practicing yoga and completing advanced teacher training, she became a certified yoga instructor.

On October 12, 2013, she married Glenn Hamlin-Berninger who survives her in Kinderhook. They enjoyed many outdoor athletic activities together and tending to their five cats.

She is also survived by: her mother, Ann C. Hamlin of Monroe, CT; her sister, Kathleen Beninati and husband Rosario of Brooksville, FL; her brother, Robert W. Hamlin, Jr. and wife Linda and their daughters Holly and Kellie Hamlin of Monroe, CT, and her brother, William Hamlin and husband Ramon Alcolea of Provincetown, MA. She was predeceased by her father, Robert W. Hamlin, Sr.; paternal grandparents, Charles and Florence Hamlin; maternal grandparents, Ira and Catherine Jones and mother-and father-in-law, Nancy and John Berninger.

There will be no calling hours. The funeral Mass was held at St. Stephen’s Church in Trumbull, CT, June 18, 2021. Interment following at Resurrection Cemetery in Newtown, CT. Friends and family gathered at Roberto’s Restaurant in Monroe, CT, after the interment, where they shared their favorite “Liz stories.”

Donations may be made in her name to The Hospice Foundation of America or Mount Holyoke College, South Hadley, MA.

VALATIE—Joan Eileen (Gavigan) Archer, 77, of Valatie passed away June 14, 2021 in Valatie where she was active in her community.

She was born in Waukesha, WI, to Beatrice Rice Gavigan and Jack R. Gavigan, who predeceased her.

Growing up, she won the Wisconsin Junior Golf Championship twice, and was the runner up in the Women’s Amateur Championship in Ohio. She graduated from Hunter College in NYC with a degree in design. For the past 20 years she owned and ran JGA Antiques & Collectibles.

She is survived by: her loving husband of 49 years, Joseph Archer; sister, Anne Owens of Sarasota, FL, and brother, Patrick Gavigan of Winter Springs, FL. She loved her many nieces and nephews, Kevin, Kaila, Shannon (deceased), Billy, Chad, Ryan, Raymond, Stephen, Renee and Lee and their many children.

In lieu of a funeral service, a vigil will be held at Main and Church streets in Valatie, 7 p.m., Sunday, June 20. A Go FundMe site has been set up for Mrs. Archer’s family at https://gofund.me/5ba4e539. Arrangements were with the Raymond E. Bond Funeral Home, 1015 Kinderhook Street/Route 9, Valatie. Leave condolences at raymondbondfh.com

He was born in Hudson to Roger Pulver and Judith Peck.

Mr. Pulver was known as a hard-working man who loved the outdoors. He loved hunting. He was a loving father, grandfather, brother and uncle. He was the type of man who would help anyone in need with no questions asked. He loved to host barbecues, camping and especially spending time with his family.

He will be greatly missed by many.

A memorial will be held in his honor at a later date. Arrangements are with the Wenk Funeral Home, 21 Payn Avenue, Chatham. Send online condolences at wenkfuneralhome.com.

He will be with his parents, Benjamin R. and Dorothy A. (Kilmer) Webster, Sr.; his wife, Gladys J. (Ganson) Webster; their two children, Kathleen and Karen and his many friends and extended family who passed before him.

Born October 11, 1936 in Livingston, “Ben” was a 55 year member and past captain of the Stuyvesant Falls Fire Company. He was an assistant scoutmaster of Kinderhook Troop 113 and a registered compatriot of the National Society of the Sons of the American Revolution.

Graveside services will be private for the family in Stuyvesant Falls Cemetery. Contributions in his memory may be made to the Stuyvesant Falls Fire Company. Arrangements are under the direction of the Raymond E. Bond Funeral Home, Valatie. 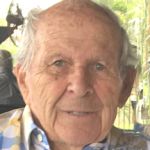 He was a resident of Vero Beach after having moved there from Ghent. His career spanned more than 40 years as an engineer on the New York Central Railroad. He was the third generation in his family to do so.

As a young man, he enjoyed woodworking—he built his family home in Ghent and the family’s very first boat—a 17-foot wooden motor boat, among other projects. Upon retirement, he enjoyed an afternoon of sailing, a good round of golf or an energetic tennis match. But most of all he enjoyed his time spent with the love of his life, his wife of 72+ years, Betty.

During his tenure as a paratrooper in the U.S. Army, he was stationed in Japan at the end of World War II.

He was born in 1927 to Alice and Frank Paul of Chatham. He was predeceased by: his sister, Barbara Gardinia of Philmont; Robert Paul of Spencertown and Ronald Paul of San Francisco, CA.

He will be laid to rest in the Chatham Rural Cemetery, Chatham. In lieu of flowers, a donation maybe made in memoriam to one’s favorite charity. Condolences may be conveyed at frenchblasl.com. 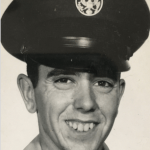 He is survived by: his nieces, Cynthia (Daish) Britton and Laura (Daish) Thompson; nephew, Eric Johnston, as well as dear friend, Arturo Tavarez and his family.

He graduated in 1963 from Chatham Central High School. He joined the Air Force in 1964 and completed basic training at Lackland Air Force Base in Texas. He was assigned to an Air Training Command (ATC) unit and became an air traffic specialist. His unit supported the ATC mission of training airmen and officers in the diverse skills required by the nation’s aerospace force. During his years in the service Mr. Johnston was stationed at Clark Air Force Base, Philippines (Jan. 1966-July 1967), Korat Royal Thai Air Force Base, Thailand (April 1968-1969), and Stuttgart & Wiesbaden, Germany (May 1969-April 1973) as flight scheduler, aircraft dispatcher and eventually, operations supervisor until ending his service July 5, 1973. He served honorably in the United States Air Force during the Vietnam War, achieving the rank of staff sergeant. Memorial Day and Veteran’s Day were special to him. He was proud to have served his country.

After his discharge from the Air Force, Mr. Johnston spent several years living on the border of Texas enjoying the culture of the state, living in smaller towns. After residing in Iraan, TX, for several years he ended up settling in Odessa, where he learned to play pool. He used to say he was good at playing pool because he had a better angle at the shot. His size didn’t hold him back, his heart was as big as Texas and he was always the first to help anybody in need. His passion for being outdoors led him to be a volunteer at the Monahans Sandhills State Park. He loved to go trout fishing with his friend, Art in different parts of New Mexico and made many happy memories spending time with Art’s children, grandchildren and elderly parents eating good Mexican food and speaking Spanish with them. He was a very good man and will be highly missed by all those he crossed paths with. His selfless desire to have an impact on other people’s lives prompted him to donate his body to research at the Texas Tech University School of Medicine.

It was his wish to have his remains spread on the grounds of the New Britain Cemetery in East Chatham, where his maternal grandparents are buried and where he had spent many years of his childhood.

COPAKE—Allene L. McGee, 56, passed away Tuesday, June 15 at home in Copake after a sudden illness.

Born September 23, 1964, she was predeceased by her parents, Harold and Josephine Craver of Philmont.

A fiercely intelligent and hard-working woman, she was an invaluable member of management at Pretium Packing in Philmont, where she dedicated more than 30 years of her life. She worked right up to the last day of her life and was an irreplaceable employee that will be sorely missed.

Besides her husband, she is survived by: her brothers, Harold Craver and Zachary Craver; sisters, Frances Koch and Josephine Zahn; several nieces and nephews, who include Jessica and Timothy Craver, Ashley and Andrew Zahn.

She will be missed by her grand-nieces and -nephews, who she loved dearly, Hunter, Lothian and Kadence. She also leaves behind two step-daughters, Amanda Greene and Terri McGee. Their children, Easton, Avery, Amelia, Lily and Lucas will never forget their grandmother, who showered them with hugs, kisses and thoughtful gifts regularly.

She and her husband, Edward McGee, spent more than three decades of life together. They were avid boaters and campers on the Hudson River, impeccable hosts for their annual family Thanksgiving dinners, and adventurous parents to a lab named Jake. Those who had the honor of spending time with “Ed and Allene” know they were the most generous and supportive team to all friends and family they loved. Mr. McGee was and remains a devoted husband. “His gratitude to God for the blessing of an angel as a wife, and his bond of love to Allene will last for all time.”

He attended Hudson High School until he enlisted in the United States Army in 1972. He married the love of his life Toni Greene, July 1, 1990. Together they raised one son, Joseph Lewis Hamy.

Most of all, he loved spending time with his wife, Toni and son, Joseph, his many friends and his dog, Ebbie.

Mr. Hamy was preceded in death by his father, Joseph and mother, Dorothy. He is survived by: his wife of 30 years, Toni and son, Joseph. Visitation hours were Saturday, June 19, 2021 at the Bates And Anderson – Redmond & Keeler Funeral Home. Visit www.batesanderson.com to leave condolences.