Born March 25, 1962 in Hudson, he was the son of the late Raymond Ogden, Sr., and Sondra (Randall) Ogden of Hudson. Before his retirement, Mr. Ogden was employed by Copeland Coating in Nassau. He was an avid hunter and fisherman. Besides his mother, he is also survived by: his brother, David (Patty) Ogden of Kinderhook; his sister, Valerie Ogden of Hudson and three nieces and nephews.

In addition to his father, he was also predeceased by his brother, Aaron Ogden. A graveside service was held Thursday, June 10 at the Kinderhook Cemetery. Memorial donations may be made to the Valatie Rescue Squad, P.O. Box 242, Valatie 12184

Arrangements are with the Raymond E. Bond Funeral Home, Valatie.

Born February 20, 1933, he was the son of the late Charles and Henrietta (Weber) Pfeiffer.

He served honorably in the U.S. Army during the Korean War. He was a truck driver with Gromax in Philmont for more than 48 years.

Visiting hours will be Tuesday, June 8, 2021 from 10 a.m. to noon at the Sacco Funeral Home, 700 Town Hall Drive, Greenport. Funeral prayers will be said at noon at the funeral home with Pastor Jonathan Hodges officiating. Burial with military honors will follow at 2 p.m. at the Gerald B.H. Solomon Saratoga National Cemetery.

“Tom” has left us to join so many of his family who have preceded him to be with the Lord.

He was born February 3, 1939, to David Leo Garrick and Mary Ellen Regan in New York City. The Garrick family lived in the Bronx. He attended public school 97 with his two older brothers. His only sister joined the family in 1942. Their father retired from the NYFD in 1950 and all moved Upstate.

Gallatin in Columbia County was his happy place from then on with the exception of college and his service in the U.S. Army, primarily as the chaplain’s assistant in Fort Sam Houston, TX.

He was very intelligent and more than a willing learner. He graduated from Pine Plains Central School and SUNY Farmingdale. He was a man of multiple talents. He could fix, repair, rebuild, replace, almost anything from auto and diesel engines, to house renovations, bulldozers and snowplows, among other things. He had successful careers with Renault of America, taught automotive repair at Columbia-Greene Community College, as an ASE-certified master technician and was an electrical engineer with IBM. After retirement he served as the superintendent of buildings and grounds for the Pine Plains Central School District. Mr. Garrick also served two terms as town supervisor for the Town of Gallatin.

He loved doing and being. He was the workaholic of the Garrick family. He was the quintessential volunteer as a member of the Pine Plains Lions Club, Knights of Columbus, Holy Trinity Parish in Germantown and Linlithgo, as well as the American Legion Post 426. In addition, he helped friends, neighbors, and relatives in many ways. He was quite amazing, but never was braggadocios nor a complainer.

The most important things in his life were his family and his religion. He was a cradle Catholic who practiced his religion without fail for his entire life. Sadly, tragedy did not pass him by. He lost his youngest son Brian at age 27 and the true love of his life, second wife Barbara Nixon Surprise, at age 52 from cancer.

In 1965 when he was honorably discharged from the U.S. Army, he returned to the Gallatin homestead and never left, except for numerous road trips all over the U.S. which he and Barbara thoroughly enjoyed. Their trip to Ireland, birthplace of all his grandparents was the best in his mind and he never stopped talking about it.

In addition to his parents, Brian and Barbara he was predeceased by: his brothers, James Joseph, David Durkin, and nephew/godson, David Anthony Bartolotta.

Visitation hours will be Monday, June 7, 2021 from 4 to 8 p.m. at the Peck & Peck Funeral Home, 7749 South Main Street, Pine Plains. A Mass of Christian Burial will be celebrated Tuesday, June 8, 10 a.m. from Holy Trinity Parish Church of the Resurrection, 9 Church Avenue, Germantown. Interment will follow in Evergreen Cemetery in Pine Plains. In lieu of flowers, donations in his memory may be made to Holy Trinity Parish, 429 East Allen Street, Hudson 12534 or to the American Legion Post 426, P.O. Box 125, Pine Plains 12567.

For directions or to leave a message of condolence or the family visit www.peckandpeck.net 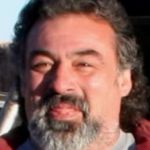 He had a lust for life, second to none. First in and last out.

He was a motorcycle wildman as a teenager, riding wheelies halfway across the fairgrounds and known to outrun the local cops on more than one occasion.

Once he was better known, the cops would hand-deliver tickets to his house.

He skied 50 of the best mountains in North America.

He retired at 59, as a union glazer at Robinson Hall Co. and DOT certified welder.

He died from diabetes and heart disease complications around his campfire at the Cowboy Cabin.

“Rest in peace brother, son, cousin and story teller.” Calling hours will be held Friday, June 11 from 5 to 7 p.m. from the Wenk Funeral Home, Chatham. In lieu of flowers send memorials to the Morris Memorial, Chatham 12037.

SALISBURY, CT—Alice R. Corbin, age 86, passed away the early morning of Sunday, May 30 at Noble Horizons in Salisbury, CT.

Active in Columbia County for nearly 40 years, she was a founding member of the Austerlitz Historical Society and a stalwart supporter of the Austerlitz Volunteer Fire Company. She and friend, Norma Edsall were actively involved in virtually every event of each organization. She also served on the Columbia County Council of Advisors of the Berkshire Taconic Community Foundation, as co-chair for the Austerlitz Cancer Fund Drive, and a volunteer with the New York State Adopt-A-Highway Program.

She was born in Troy, Ohio and educated at Ohio State University and the University of Hawaii earning a Master of Science Degree. She had an extensive career as music supervisor, residence hall director, international student advisor, dean of judicial affairs, all at the university level.

A graveside memorial service will be held at the Austerlitz Cemetery later in the summer.