Ron was predeceased by his parents and son, Michael, as well as six older siblings: Wallace, Claire, Leonard, Nelson, Norman and Carol.

He graduated from Chatham High School in 1952, where he was a standout baseball player. Ron served in the U.S, Army in Panama from 1954 to 1956 and was honorably discharged.

A life-long sports enthusiast and outdoorsman, Ron was an avid hunter and fisherman, and member of the Ghent Rod & Gun Club. He also enjoyed playing Pinochle and Pitch. Throughout his life he loved spending time with family and friends. He worked for Columbia Box and Berkshire Business Forms.

A memorial service will be held Saturday, July 24th at 11am at the West Ghent Reformed church, with a reception immediately following. All are welcome.

Per his wishes, Ron’s body was donated to the Anatomical Gift Program at Albany. PAID OBITUARY 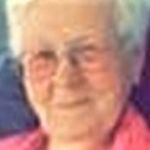 She was the youngest child born to Helen Johnson and Earl Williams. “Rosie,” as she was affectionately known, is predeceased by her spouse, Ulysses F. Sweener, Jr. She was also predeceased in 1974 by her biological sister, Earlene Williams Hatch, and brothers, George and Henry Loomis, years after. As a newlywed in 1955, she worked in a shoe factory, as a waitress in a bowling alley, and took time to raise her three children: Bernard (Kelly) Sweener of Troy, Ronald (Leslie) Sweener of Stephentown and Tina (Dave) Kroboth of New Lebanon, who loved her deeply. She was the grandmother of four, Jessica (Stratton) Dikeman, Nicole Lorenzini Sweener, Damon (Megan) Kroboth and Dustin Sweener; proud great-grandmother of Ryley and Jocelyn Dikeman, Darian Furlani and Ava Kroboth.

She was a lover of dogs and leaves behind her constant companion, Artie.

During her years rearing children and being a housewife, she worked as a caretaker of several homes on Partridge Lane. She and her husband often took care of those homes together, often on a daily basis. They became close friends to many of the people they worked for over the years. The family thanks those who cared for Mrs. Sweener so lovingly over the past six months; Lori Mullaly, Art Sousa, Leslie Sweener, and nieces Leona Geerholt and Joanna Jackson Sweener.

A viewing was held at Hall & Higgins Funeral Home in Stephentown July 15. Immediately after, folks celebrated her life in an outdoor setting. Donations may be made in her memory to the Stephentown Volunteer Fire Department, which is always there when needed. Special thanks to Rick McClave. 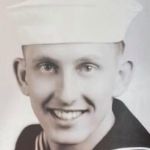 He graduated from New Lebanon Central School in 1953 and worked for Streater Industries for 30 years, starting as a cabinet maker and retiring as a plant manager. After retirement, he and his grandson started Taconic Valley Landscaping. He was also a substitute teacher, coached basketball and Little League in New Lebanon and Salinas, CA.

Mr. Brown served his country proudly in the U.S. Navy as a member of the Seabees. He loved the Red Sox, Celtics, softball, basketball, bowling, fishing and camping.

His greatest joy was his family. He is survived by: his wife of 67 years, Claire (Sullivan) Brown; two sons, Leonard III (Deborah) and Phillip (Diane); his daughter, Corinne (David) Blacker; his grandchildren, Leonard Jesse IV, Emily Blacker, Cheyenne, Remington (Mackenzie) Abbott, Nicolette; great-granddaughter, Lexington; his brothers, Robert and David (Donna), and his fur pal, Marley. His family extends a special thanks to Gabby Mazzeo and his hospice nurse, Jane Knoll.

A funeral Mass was celebrated July 15, 2021 at the Immaculate Conception Church, New Lebanon. Interment followed the service in Cemetery of the Evergreens, New Lebanon.

Contributions can be made in Mr. Brown’s name to The Community Hospice, 310 South Manning Boulevard, Albany 12208.

Born April 2, 1928 in Chatham, she was the daughter of the late George and Mary (Lauster) Bertram. She was employed by the Homestead Restaurant in Nassau for 27 years and the Chatham Bakery for 24 years. She was a member of the Ghent Reformed Church and a past ladies auxiliary member of the Nassau Fire Department.

She is survived by: her brother, James Bertram of Ghent and several nieces and nephews.

Mrs. Ozga was predeceased by: her husband, Edward Ozga; sons, Thomas and Richard Ozga; brothers, Donald and Stanley Bertram; sisters, Helen Wheeler and Dorothy Macarthy. Memorials may be made in her name to the Ghent Reformed Church.

Arrangements with the Wenk Funeral Home will be private. For online condolences visit wenkfuneralhome.com 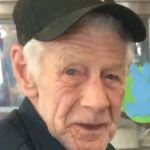 He was born March 17, 1937 in Hudson, to the late Arthur and Queen Elizabeth (Fowler) Lafferty.

He was a member of the Palmer Engine and Hose Company of Kinderhook for 50 years. He loved racing at Lebanon Valley Speedway or watching NASCAR and Formula 1 races on rainy weekends. His favorite actors were John Wayne and Carroll O’Conner (Archie Bunker).

He also leaves behind many nieces and nephews; three step-children, Thomas Wheeler (Cristal), Kimberly Karle (Chris), and Michelle Wilson (Robert); four step-granddaughters, Riley, Zoe, Erin and Abbie. He was predeceased by his uncle, Floyd Lafferty and a sister, Bernice Folmsbee.

KINDERHOOK—Brenda Goebel of Kinderhook passed away July 7, 2021 at home. Born in Providence, Rhode Island, May 26, 1945, she was the daughter of the late Vincenzo Simoli and Germania (Zuverino).

She graduated from SUNY Albany and was employed with New York State until her retirement.

In addition to her parents, she was predeceased by her husband, the love of her life, Hans Goebel.

She is survived by: her sister, Carol (Fred) Senecal; nephew, Kevin; niece, Jessica and many friends.

Services will be announced at a later date. Arrangements are with the Raymond E. Bond Funeral Home, Valatie.