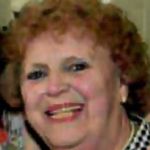 GHENT—Marsha A. Clifford, 79, of Stottville passed away peacefully Sunday, July 18, 2021 at Ghent Nursing and Rehabilitation.

Born January 13, 1942 in Valatie, she was the daughter of the late Raymond and Jessie (Kinnicutt) Williams. She was a homemaker and loved spending time with all her family. She enjoyed camping with her grandsons and took care of many children over the years.

Visitation will be held Wednesday, July 21 from noon to 2 p.m. at the Raymond E. Bond Funeral Home, Valatie. Burial will follow in Woodlawn Cemetery, Valatie. Contributions may be made to The Community Hospice of Columbia / Greene, 47 Liberty Street, Catskill 12414. A Celebration of her life will be at the Hudson Fish and Game Club following the committal at the cemetery.

She is reunited with members of her family in the Kingdom of Heaven, including her parents, Charles and Kathryn (Althiser) Radewitz; her sister, Jean West; her great niece, Megan Dallas and her great nephew, Jace West. Her heart of gold gave second chances and wonderful lives to her beloved cat, Sweetie, and other pets she reunites with in heaven.

Ms. Caggianelli was a caring, warm and generous woman, whose love was felt by everyone who met her.

Besides being a wonderful mother, grandmother “Oma,” aunt and cousin, she was an avid quilter, crafter and animal lover. She enjoyed watching baseball games, and cheering for her favorite team—the Boston Red Sox. She was a member of the former Sacred Heart Church in Philmont, and worked at the Columbia County Treasurer’s Office for many years up until her retirement. She will continue to be loved and greatly missed by her entire family and community, and will leave a loving light on everyone she met.

Funeral services will be private at Mellenville Union Cemetery. In lieu of flowers, donations may be sent to Community Hospice of Columbia/Greene counties or the Columbia-Greene Humane Society. To leave online condolences visit www.saccofuneralhome.com 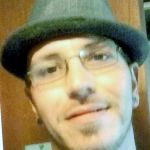 He was very creative and designed his own clothing. He enjoyed fishing, camping and was the life of the party.

Funeral services will be held Thursday, July 29, 2 p.m. at the Raymond E. Bond Funeral Home, Valatie. Visitation will also be Thursday from noon to 2 p.m. prior to the funeral. Burial will follow in Prospect Hill Cemetery, Valatie. 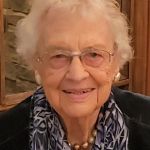 She was a beloved member of the community who will be greatly missed by her family and friends.

“Bee” for short, and her sister, Barbara, (known as the Bristol girls), grew up in Copake, residing in a house the family built on Main Street. She attended the Copake School from first to sixth grade, then attended classes in the Mount Washington Hotel, while the Roeliff Jansen Central School was built. In 1933, she was in the first freshman class at Roe Jan. In 1935 she transferred to Emma Willard and graduated in 1937. She went on to Cornell University for two years and then transferred to Katharine Gibbs Secretarial School in Boston for a year. When she finished secretarial school, she came back home and went to work at the family business, A.C. Bristol’s as a bookkeeper. After retirement she and her sister enjoyed traveling, and took several cruises over the years—Aruba was her favorite destination.

In a 2020 story in The Columbia Paper by Diane Valden, Mrs. Bussett said in an interview shortly before her 100th birthday: she thinks she’s led a “pretty dull life” but notes, “maybe that’s why it’s lasted so long.” Dozens of family and friends celebrated her 100th birthday in Copake with a huge party at the Methodist Church House.

Mrs. Bussett is survived by: her sister, Barbara Gobillot of Copake; her grandson, Anthony Brown and his wife Jill of Rocklin, CA; her great-great grandchildren, Madeleine Gwyn Dennis and Benjamin Fredrick Dennis of Copake and her nephew, Galen Gobillot of Panama City, FL.

She was predeceased by her husband, Claude Bussett; her son, Lawrence Brown, and granddaughter, Andrea Dennis.

Family and friends are invited and may call Friday, July 23, from 4 to 6 p.m. at Peck & Peck Funeral Home, 8063 Route 22, Copake. A funeral service will be conducted Saturday, July 24 at 2 p.m. from the Copake United Methodist Church. Interment will be held privately in Copake Cemetery.

Donations in Mrs. Bussett’s memory may be made to the Copake United Methodist Church, P.O. Box 127, Copake 12516.

She was a machine operator at the Universal Match Corporation. She then worked at Columbia Memorial Hospital until retirement. She was a member of the Hudson American Legion Auxiliary.

Visitation hours at the Bates & Anderson-Redmond & Keeler Funeral Home were held July 20 followed by a funeral service. Interment was in Cedar Park Cemetery.

She passed peacefully in the presence of the love of her life, her devoted husband, Richard Ward.

She was born in Hudson, June 6, 1947 to Frank and Mary Kozub Anable. A lifelong resident of Columbia County, “Pat” attended St. Mary’s Academy from kindergarten to graduation in 1965. She then moved on to study elementary education at Mount St. Mary College, graduating in 1969.

Everyone who had the pleasure of knowing her knew, that her family was of the utmost importance to her, and her students a close second. She dedicated her life to both her family and her students at John L. Edwards Elementary school, where she taught second grade for 33 years.

The ultimate loving and generous woman, Mrs. Ward was a born caretaker. She had both of her parents move in with her and took care of them in their senior years, but her most beloved job was helping raise her grandchildren, who she loved with her whole heart and soul. She was always available to take care of them and she did so with love and patience. She will be sorely missed by her entire family.

She was an only child, but was close to her cousins, Nancy Randall, Jean Hart and Thomas Drahushuk.

This loving soul passed on the qualities of love, devotion, honesty and dedication to peace and inclusion to the hundreds of children who passed through her classes in her years at John L. Edwards. She will be remembered fondly by both her students and her fellow staff members.

Calling hours are private. There will be a Mass of Christian Burial held at Holy Trinity Parish (St. Mary’s) at 10 a.m. Wednesday, July 21.

Because of her love for her pets and all animals, in lieu of flowers, donations may be made to AnimalKind or Everlasting Hope Animal Rescue.

HUDSON—Tamarah “Tam” Jones, 43, of Hudson passed away peacefully July 12, 2021 after a long battle with COPD.

She was a beloved community leader, dedicated mother, sister, aunt, friend and a mentor to many young people in the Hudson community. The funeral service was held July 19 at the Bates and Anderson Funeral Home. Following the services, there was a procession through the City of Hudson.

She was born in Tarrytown, September 22, 1977. She attended Hudson High School. As a teenager, she worked with the Columbia County Youth Project, Inc., with Lynn Carr, “Ms. Bunny,” which was a big part of her development as a community leader.

Ms. Jones worked as a family advocate for the Greater Hudson Promise Neighborhood for seven years and played an influential role in the lives of many youth and families in her community. She leaves behind: her children, Amirah Forbes and Terrance Robbinson, Jr.; twin sister, Barbara Veeney; younger sister, Savoia Jones and brother, Edward “EJ” Jones.

In addition to her immediate family, she is survived by nieces, nephews, aunts, uncles, family, friends and the whole Hudson community. In lieu of flowers, donations may be made to the family through GoFundMe by searching “Support Tamarah Jones’s Sendoff.” Her family thanks everyone for the outpouring of support during this challenging time 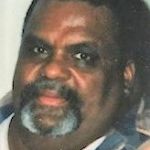 He was born November 22, 1953 in Sharon, CT, to Morton W. Jackson and Rosalind E. Jackson. He graduated from Pine Plains High School.

A lifelong local resident, he enjoyed sports, mainly football. He received his master’s degree in history from Marist College. “Rick” was known for his size, sense of humor and love of food.

He was predeceased by his mother, Rosalind E. Jackson; his brother, Ronald I. Potter and uncle, Irving F. Jackson.

There are no calling hours. A Celebration of Life will be held at the convenience of the family. 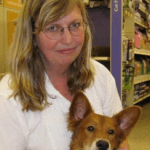 GALLATIN—Lisa Morris of Rhinebeck and Gallatin died July 12, having fought cancer as audaciously as she attacked all challenges in her life.

Before she died, she assured her family that she had led a happy and interesting life and had experienced all she wanted to do. After a carefree childhood in Madison, CT, and Austin, TX, she became the first enrolled student at the Hammonasset School, a new alternative high school in Madison. At Bard College she majored in art and sang in the choir, then headed for New York City where she worked as photo editor for eminent photographers and Teen People Magazine.

During her New York years, Ms. Morris joined the World Seido Karate Dojo, fighting in tournaments in New Zealand and other countries. She earned her black belt, a discipline which undoubtedly prepared her for the travails of country life when she moved back to the Hudson River Valley 20 years ago.

She bought a remote little farmhouse in Gallatin and embraced whatever jobs were available including—despite no prior experience—construction work, food catering and dog boarding. These enabled her to indulge in her love of horseback riding tours in Cappadocia, Costa Rica, Spain, Italy and Ireland.

She met life with her trademark sense of humor, so evident in her personality, and which was also the basis of quirky drawings and charming memoir writing. She valued her friends as far back as childhood, and continued to make new ones in the writing and other groups she joined in recent years.

During her final days, she was surrounded by her beloved dog, Lucy; her sister, Kristin Morris of Madison, CT, and Kristin’s partner, Jakes Srinivasan, and a constant stream of loving friends. She is also survived by her mother, Gitta Morris, and was predeceased by her father, Robert Morris.

Contributions in Ms. Morris’ memory may be made to Hudson Valley Hospice, 400 Aaron Court, Kingston 12401, whose tender care made her last days bearable or to www.NY-PetRescue.org through which she and Lucy were brought together.