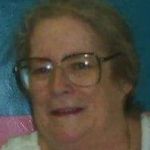 GUILDERLAND—Genevieve M. DeBella passed away peacefully July 6, 2021 at the age of 84 at the Grand Nursing and Rehabilitation Center of Guilderland.

She was born December 16, 1936 in Hudson to James and Bertha Miller. She was a long-time resident of Chatham and East Chatham.

In her younger years she was employed as a seamstress, and enjoyed the antique shop she shared with her husband, John DeBella in New Lebanon. She also enjoyed going out to garage sales and occasionally playing bingo with friends. After retirement she enjoyed making jewelry from home and listening to her favorite country music.

Mrs. DeBella is survived by: her grandchildren, Angela DeBella, Christopher DeBella, Christina Quinn and Jessica Marshall; four great-grandchildren and other family members. She was predeceased by her husband, John DeBella; her daughter, Peggy Quinn and her son, John A. DeBella. Family and friends are invited to attend a graveside service Monday, July 12, 2021, 11 a.m. at Chatham Rural Cemetery in Chatham with interment immediately following. Contributions may be made in memory of Mrs. DeBella to the Chatham Rescue Squad, P. O. Box 587, Ghent 12075. The family thanks The Grand at Barnwell in Valatie and Guilderland for taking care of Genevieve in her final years. 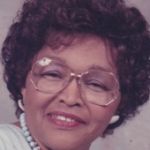 She grew up in Salemburg and was educated in the Sampson County Public School District. As the eldest of 13 she was fiercely protective of all of them with unfailing love and support, often sacrificing herself to help anyone of them in need.

She moved to Hudson, where she met and married Henry E. Fisher, now deceased.

She was a hard-worker with a work ethic second to none. She worked for the NYS Training School for Girls leaving only to care for her children, later going back to work for Columbia Memorial Hospital from where she retired. She was loved by all, and was also known for having a pleasant smile and was a Devoted Servant in the congregation of Jehovah’s Witnesses. She leaves to cherish her memory: two children, Rodney E. Fisher of Claverack and Venita (Hazel) Walker of Charlotte, NC; six sisters, Annie I. Davis and Emma D. Gregory of Hudson, Dorothy R. Monk, Barbara A. Monk, the Reverend Lora J. Sutton of Salemburg, NC, and Linda (Raymond) Owens of Clinton, NC; three brothers, Glaron Monk of Hudson, Jerry L. Monk and John R. (Ida) Monk of Salemburg, NC; a very special sister-in-law, Cora Fisher of Sunrise, FL; two special daughters, Kate (Kenny) Young of Chatham and Ginny Girkins of Long Island; five grandchildren, Dominique and D’Andre Walker, Kory Young, Shamauri Pegues and Markest Falls; 11 great-grandchildren, Skylar, Anri’ and Amir Walker, Matthew Pegues, Madisyn Herriott, Nolan and Macie Falls; Reese, Tatiana, Avery and Owen Young; many nieces, nephews, cousins and friends. She was predeceased by: two sisters, Macy L. Owens (George) and Mattie E. Butler (Ester); one brother, Willie Monk, Jr., (Pat); brothers-in-law, Charles Fisher, Jerome Gregory and Eddie Davis. Memorial Services will be held at the Kingdom Hall July 17 at 1 p.m. via Zoom. Condolences may be conveyed at frenchblasl.com. 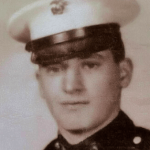 ANCRAM—Nickolas Angelotti, 81, of Ancram went home to be with the Lord July 1, 2021 at home following a long battle with cancer.

“Nick” grew up in Newburgh and graduated from Newburgh Free Academy in 1957, where he excelled in journalism and photography. He was looked upon as most likely to succeed. Upon graduation he enlisted in United States Marine Corps, serving proudly for 3 years. Following his discharge, he went to work for WT Grant Department store in New Windsor, NY. After several years he went on to receive his bachelor’s degree and then attended ADIO Institute of Straight Chiropractic. He was a true renaissance man who was passionate about chiropractic care and his patients. He practiced for more than 20 years in Riegelsville, PA.

Mr. Angelotti was active in his community being a longstanding member of Kiwanis and also the Riegelsville Public Library.

He loved his blended family and was fiercely protective of each and every one of them.

Preceding him in death were: his mother, Catherine Pettine; father, Dominic Angelotti and stepfather, Frank Pettine.

In keeping with his wishes, there will be no calling hours. A Mass of Christian Burial will be celebrated Tuesday, July 13, 2021, 1 p.m. from Our Lady of Hope Church, 8074 Route 22, Copake Falls, with Father George Brennan officiating. The family will receive friends at the church beginning at noon. Military honors will be conveyed by the United States Marine Corps just prior to the start of the funeral mass.

In lieu of flowers consider a donation to a favorite charity in his honor. Express condolences at www.peckandpeck.net. 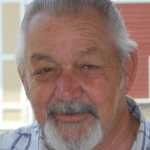 Born December 18, 1936 in Albany, he was the son of the late Warren and Mary E. (Felter) Heeder. He was a self-employed electrician for many years. He volunteered many hours with his church community as well as his summer home at Woodstock Lake Association in East Berne. He had a big heart and enjoyed helping people.

A celebration of his life will be announced at a later date at a time. Contributions may be made to the Kinderhook Cemetery, P.O. Box 638, Kinderhook 12106. Arrangements are under the direction of the Raymond E. Bond Funeral Home, Valatie.