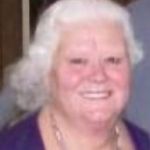 CHATHAM—Maria-Luisa (Baxter) Gavillan, “Ms. B,” a beloved mother, grandmother, great-grandmother and friend to many, went to be with the Lord, July 10, 2021.

A longtime resident of Chatham, she was born in Puerto Rico. She owned and operated the Chatham Answering Service—serving local businesses for more than 35 years.

She was also known for opening her doors to anyone in need. She is survived by: her brother, Norman Tapia (Mayra Tapia); daughter, Catalina Sawyer; son, Mark Baxter; granddaughter, Celina Brandley (Chris Jennings) and great-granddaughter, Savanna and Adryanna Jennings; several cousins, nieces and nephews.

Ms. Gavillan was predeceased by: her mother, Carmen Gavillan; sister, Ramona Matos and son, Anthony “Doots” Baxter. Calling hours will be held Saturday, July 17 from 1 to 3 p.m. at the Wenk Funeral Home, 21 Payn Avenue, Chatham. In lieu of flowers, donations may be made to Shriner’s Children’s Hospital. 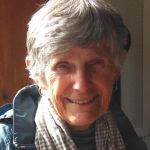 CLAVERACK—Nancy H. Smith, a long-time Claverack resident and former Columbia-Greene Community College faculty member died July 11 at the age of 89. Her desire to make a difference in the lives of others led her to careers in social work and teaching, and then to some of the world’s most dangerous places

She had moved into assisted care last year.

Born Nancy Joyce Harris, she grew up in Jenkintown, PA, but by young adulthood had set her sights on the larger world. She studied at the Sorbonne in Paris, where she earned her certificat in French in 1954, and then traveled to Great Britain, Spain, Scandinavia, Germany, Austria, Italy, Greece and elsewhere. Returning home, she enrolled at Penn State University to pursue a bachelor’s degree in English, and it was there she met Thomas H. Smith, whom she married in 1956, the year she graduated. Shortly after the birth of their son, Sean in 1958, the family relocated to Cambridge, MA.

She decided to broaden her education by studying anthropology at Harvard University—at one point going on an archeological dig in France—and received a master’s degree in 1961.

When her marriage ended, Ms. Smith and her son moved to New York City, where she got a job as a social worker and began attending the Columbia School of Social Work, earning a master’s degree in 1967. She took a job at the New York State Training School for Girls in Hudson, where she served as director of clinic and organizational development.

Four years later, she joined the faculty at Columbia-Greene, where she taught psychology and anthropology for 20 years. She drew praise from many of her students at Columbia-Greene, who remembered her fondly years later and often considered her a mentor and source of inspiration in their career paths. She also made a favorable impression on Columbia-Greene colleagues, whether through her teaching or endeavors in areas such as faculty governance, affirmative action, developing relationships with the Black community, labor-management negotiations, and strategic planning.

She was active in the Old Chatham and Hudson Quaker meetings, participated in a local anti-nuclear power group and helped lead a weekly vigil for peace in downtown Hudson. She also enjoyed artistic pursuits, whether as a member of a theatrical troupe that staged productions of “A Thousand Clowns” and “A Member of the Wedding” in Hudson or a small choral group that gathered largely just for fun. She was a friend of Everett Nack, an area fisherman, hunter and naturalist who was an early advocate for cleaning up the Hudson River, and sometimes accompanied him on fishing trips.

These and various other experiences, combined with the relationships she formed through them, continued to stoke her interest in social and political issues related to poverty, conflict and injustice, and she constantly looked for opportunities to enrich her understanding of how these affected everyday lives. In 1980, she directed the annual fundraising campaign for Oxfam-America. The following year, she served with Volunteers in Service to America (VISTA) in a tiny, isolated Athabascan Indian village in eastern interior Alaska, working on a community development project.

From 1985 to 1987, she was the Cambodia field director for the American Friends Service Committee, developing and implementing a wide range of programs in collaboration with government ministries that included physical rehabilitation of amputees, small-scale dam construction, animal vaccine production, education and rehabilitation of small-scale industry.

She finally decided to make these experiences the full of focus of her life. Beginning in 1992, she worked for Oxfam-UK as a country representative in West Africa, Somalia, Nepal and Afghanistan. Her duties typically entailed developing and directing strategic plans, overseeing development programs, and negotiating contracts and other agreements with local authorities. In 1998, she became director for Save the Children-UK’s operation in Iraqi Kurdistan, at a time when the organization was embarking on a more ambitious development program that, among other things, sought to strengthen the region’s civil society.

But these job descriptions hardly convey the intense situations in which Nancy often found herself. In Somalia, she and her colleagues were witness to the battle between U.S.-led United Nations forces against supporters of the warlord Mohamed Farrah Aidid, culminating in the October 1993 “Black Hawk Down” incident—which happened close to the Oxfam-UK office in Mogadishu. She arrived in Afghanistan just after the Taliban seized power, tasked with developing and implementing a policy position concerning work with women—a controversial stance for Oxfam-UK that required careful analysis and presentation to the United Nations and other entities. Her job also entailed regular meetings with Taliban representatives; she recalled briefings with one official who would refuse to look at her because she did not wear clothing deemed suitable.

In Northern Iraq, she had to deal with a challenging political environment but also had the responsibility of delivering payroll for staff. This necessitated a marathon trek, riding in the cab of a truck through the desert and down circuitous, winding roads, then ferrying across a river to the rendezvous point and making the trip back.

After she left Save the Children in 2000, she still sought out new challenges and other avenues to put her beliefs into action. She directed a retreat and conference center, Temenos, on a mountain top in Western Massachusetts with no electricity or running water (a garden was later created in her honor); she was part of a two-person crew that crossed the Atlantic in a sailboat; she spent several months near the demilitarized zone in South Korea working with an organization seeking to foster reconciliation between the two Koreas.

At age 78, she served a six-month sentence in federal prison for trespassing onto the controversial Western Hemisphere Institute for Security Cooperation military school (formerly known as the School of the Americas) at Fort Benning, GA. In a YouTube interview, she explained that the school—criticized for human rights abuses committed by its former students—was a symbol of the harmful impact of U.S. military policies on ordinary people. “I wanted to be a witness to the relationship between the schools and the dictatorships the U.S. is supporting. It’s unconscionable that we should be involved in the death of so many people and not take cognizance of that,” she said.

When a Korean Buddhist meditation and retreat center opened a few hundred yards up the road from her, she befriended its administrators and staff, and frequently attended early-morning meditation sessions. It was not unusual for her to go for her daily Buddhist meditation, then attend the Sunday service at a local Episcopal church, followed by silent worship at her Quaker meeting.

She found time and energy for plenty of diversions at various points of her life, including beekeeping. She played folk-style guitar and later classical piano, and built her own harpsichord; she also enjoyed contra and square dancing.

An avid hiker and walker who traveled parts of the Appalachian Trail and went on an Outward Bound wilderness adventure, she once tried—unsuccessfully—to complete the Camino de Santiago pilgrimage route in Spain.

In addition to her son, she is survived by her granddaughters, Kirsten and Shalyn Smith; her great-granddaughter, Hosea; her brother, Jay; and four nieces and two nephews. She was predeceased by her brother, Don and parents, Mark and Eleanor Harris. Her longtime partner, Charles F. Grosser died in 1982.

A celebration of Ms. Smith’s life is envisioned for a later date.