ANCRAMDALE—A memorial service to celebrate the life of John “Jack” W. Seiber will be held August 3 at the Ancramdale Presbyterian Church, 11 a.m.

Burial will follow at Evergreen Cemetery in Pine Plains with a reception afterward.

Mr. Seiber passed away February 4, 2020 in Sarasota, Florida, at the age of 80. He was formerly of Plainsboro, NJ, and Ancramdale.

COPAKE—A Celebration of Life Service will be held for Gladys (Dutchie) Shadic Jensen, Saturday, July 31 from 11 a.m. to 2 p.m. at the Copake Memorial Park Building.

Family and friends are invited. Mrs. Jensen went home to be with her Lord, September 19, 2020 at the age of 92, while residing at Pine Haven Nursing and Rehabilitation Center. 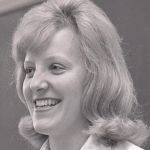 She was the daughter of George Wyman and Thelma (Austin) Clowe of Hudson.

She graduated from Hudson High School and received both her bachelor’s and master’s degrees from SUNY Albany. A business teacher at Chatham High School for more than 30 years, she retired as department chair in 1991.

She is survived by: her husband of 51 years, David T. Dobrosielski; her daughter, Lori (Dr. Charles) Sturges of Catskill and their son Gabriel of Girona, Spain; son, Damian (Christine) Dobrosielski and sons Aidan, Dylan and Logan of New City; son, Devon (Meredith) Dobrosielski and sons Jack and Lance of Towson, MD; and brother, George W. Clowe of Hudson. She is remembered fondly by dear friend and second “daughter” Annemarie Maguire of Catskill, and her devoted caregiver, Dionne Searlette.

Mrs. Dobrosielski was predeceased by her parents, and her brother, Robert A. Clowe.

“Miss Clowe” (later “Mrs. D”) was a beloved teacher and mentor to hundreds of students. In her shirtwaist dress, and with a captivating smile, she championed Gregg shorthand and touch typing. Though she loved teaching, her greatest passion was her family, and her greatest achievement, raising her happy and successful children and grandchildren. As she so often said “I had a wonderful life.”

A gathering of family and friends will be held at Millspaugh Camerato Funeral Home, 139 Jefferson Heights, Catskill, Saturday, August 14 from 11 a.m. to 1 p.m. A prayer service will be conducted by Father Winston Bath at 12:30 pm. In lieu of flowers, consider donating to a favorite charity. Messages of condolence may be made to MillspaughCamerato.com.

Born April 18, 1947 in Great Barrington, MA, she was a daughter of Natalie E. and William R. Huggins.

She was a proud member of the Lebanon Valley Protection Association (LVPA) for 44 years.

Among her proudest moments were driving for the Greyhound Busline out of Albany, as one of the first woman drivers and her 37 years of service with the New Lebanon School District as a bus driver.

A celebration of her life was held at the Hall & Higgins Funeral Home, 457 Route 43, Stephentown, July 23 with Deacon Peter Quinn officiating a memorial service. Burial immediately followed at the Cemetery of the Evergreens.

In lieu of flowers, expressions of sympathy in her memory may be made to the LVPA, c/o the funeral home. 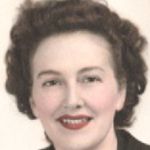 She married Albert Martin Kraus, June 22, 1946 in North White Plains. She and Mr. Kraus lived with their family in Hawthorne and later moved to Chatham. Mr. Kraus passed away in August 1982. Mrs. Kraus was employed as a saleswoman in various stores in White Plains, Chatham and Kill Devil Hills, NC, throughout her life.

Later in her life she worked for many years at the Mac-Haydn Theatre in Chatham. She loved keeping busy, was a skilled seamstress and loved the beach, spending as much time as possible at the Outer Banks, NC.

She is survived by: her two children, Linda Kraus Pratt of Chatham, Martin Albert Kraus and daughter-in-law, Kerry Rooney Kraus of LaGrangeville; her two granddaughters, Jocelyn Kraus (Christopher Jarvis) of White Plains and Lindsey Kraus of Kapolei, HI. She is predeceased by two brothers and a sister.

At her request a graveside service will be held for the family at a later date. In lieu of flowers, donations may be made in Mrs. Kraus’ name to the Mac-Haydn Theatre, 1925 State Route 203, Chatham 12037 or the Columbia-Greene Humane Society, 111 Humane Society Road, Hudson 12534. Condolences may be conveyed at frenchblasl.com.

NIVERVILLE—George Snyder, Sr., 88, formerly of Niverville and Port St. Lucie, Florida, passed away Wednesday, July 21, 2021 at his home peacefully, with his loving wife by his side.

He graduated from Columbia High in 1951 and served in the U.S. Army during the Korean Conflict. He worked with NYS Department of Transportation as a civil engineer with 32 years of service. December 6, 1958, he married Ada “Marie” McCollum at the Methodist Church in Nassau.

They resided in Niverville for 54 years and more recently Port St. Lucie, Florida. For 50 years, he was a member of the Niverville Chatham Center United Methodist Church.

Mr. Snyder enjoyed camping, canoeing, fishing and ice hockey. He was an avid fan of the NY Giants and Boston Bruins. In his younger years he was active in scouting. Following his retirement, he and his wife enjoyed traveling across the U.S., Canada and Mexico for more than 16 years. He especially enjoyed his time with his two children, seven grandchildren, and his many good friends.

Besides his parents, he was also predeceased by his three brothers, Alfred, Jr., Richard and Paul Snyder.

Left to cherish his memory besides his wife of 62 years are: his daughter, Tammie DeLorenzo (Steven) of Bolton Landing; his son, George Snyder, Jr., (Susan) of Webster; his grandchildren, Marie and Madeline DeLorenzo and Olivia, Tristan, Greg, Roman and Colby Snyder; his brother, Robert Snyder of Nassau; several sisters-in-law, brothers-in-law, nieces, nephews and cousins.

At his request there will be no calling hours.

Donations may be made in Mr. Snyder’s memory to the Niverville Chatham Center United Methodist Church, 28 Church Street, Niverville 12130.

Arrangements are in the care of the M.B. Kilmer Funeral Home, 82 Broadway, Fort Edward. For online condolences and to view a Book of Memories visit www.kilmerfuneralhome.com. 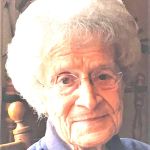 She was born May 28, 1928 in Hudson to Beatrice (Wheeler) Gustafson and Frank Gustafson.

A lifelong resident of Chatham, “Fran/Frannie” was entirely devoted to her family, friends, God and church. She was a member of the Chatham Fire Department Ladies Auxiliary and communicant of St. James in Chatham.

Mrs. Mesick was a long-term employee of Dr. Greitzer on Jones Avenue in Chatham and a mentor at the Chatham Middle School.

She was married to the love of her life, Jack Mesick for 70 years. He predeceased her, as did their son, Jack, Jr.

She leaves to cherish her memory: Edie Mesick of Roxbury, Christine Callahan-Torrey (Martin) of Clifton Park, James Mesick (Brandi) of Guilderland and Patricia Mesick-Kiel (Bradley) of Ghent, as well as, her grandchildren, Chase, Grayson and Emmett Callahan, Tyler (Sara) Mesick and Ben, Erin and Emily Lanphear.

Calling hours will be held Thursday, August 12 from 10 a.m. till noon at the French, Gifford, Preiter & Blasl Funeral Home, Chatham followed by a Mass of Christian Burial at Saint James Church at 12:15 p.m.

Donations may be made to St. Jude Children’s Hospital. Condolences may be conveyed at frenchblasl.com. 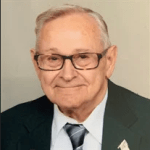 HUDSON—Jack Herbert Hallenbeck, 89, a lifelong resident of Hudson, passed away Wednesday afternoon, July 21 surrounded by the love and warmth of his family.

A devoted husband, loving father and caring grandfather and great-grandfather, he was predeceased by his wife of 60 years, Elizabeth (Betty) Hallenbeck. They shared the same date and year of birth, and were born at the same hospital—proving to be inseparable from the very beginning. Together, they raised their four beloved children: Deborah Hallenbeck of Malta, Donna (Thomas) Burns of Hudson, Diane Mallery of Rensselaer and David (Jodi) Hallenbeck of Rensselaer. He leaves behind two grandchildren, Sarah (Chris) Hensel of Castleton and Jennifer Burns of Hudson; two great-grandchildren, Addison and Julia Hensel and lifelong friend, Blanche Hawks and her family. He was predeceased by lifelong friend, Ed Hawks.

Mr. Hallenbeck was the definition of a true gentleman—selfless, generous, loyal, and loving. He always put others before himself, even in his final days. “Papa” was adored by his children, grandchildren and great-grandchildren, and his legacy will live on through them.

He graduated from Hudson High School in 1949 and proudly served three years in the United States Army during the Korean War, stationed in both the U.S. and Japan. He attained the rank of sergeant. Following his honorable discharge, he worked for the V&O Press and L&B Corp, from which he retired. He was awarded the Good Conduct Medal, Army Occupation Medal, National Defense Service Medal, Korean Service Medal, United Nations Service Medal, and New York State Medal of Merit for his military service. He was past chairman and member of Columbia County Honor-A-Vet, past commander and member of the Korean War Veterans Chapter 283, as well as a member of the Greenbush Reformed Church, VFW Post 1314, Greenport Seniors and the Columbia County Golden Agers. One of his proudest accomplishments, besides his family, was helping the Korean War Veteran’s raise the funds to erect a Korean War Memorial in Hudson. He was dedicated to honoring the county’s deceased veterans and was active in veteran’s affairs.

His family extends their sincerest thanks to the Community Hospice of Columbia and Greene Counties. Their help and support brought comfort and peace to him and his family.

Interment was in the Mellenville Union Cemetery with military honors.

Donations may be made in his honor to the Community Hospice of Columbia and Greene or Greenbush Reformed Church.

Born October 22, 1941 in Stottville, she is the daughter of John and Martha Andrews.

A lifelong Columbia County resident, she was a school bus aide for the Taconic Hills School District.

She is survived by: her husband, Herbert Zahn; children, Herbert, Jr., Pam, David and Jason; several grand- and great- grandchildren; her sister, Lena Sacco and several nieces and nephews. She was predeceased by her brother, Frederick “Chip” Andrews.

A visitation hour at the Bates & Anderson-Redmond & Keeler Funeral Home will be held Wednesday, July 28, 2021 from 11 a.m. to noon followed by funeral prayers at noon. Interment will be in Cedar Park Cemetery. 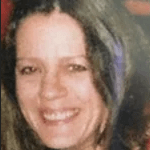 She was born March 1, 1958 in Yonkers, the daughter of the late Leonard Cornacchia and Shirley (Jacobs) Brady.

She worked as a seamstress at several local business throughout the years. She was skilled in many crafts and enjoyed art, nature and butterfly collecting. She was further surrounded by many community members and friends that supported and cared for her over the years.

A celebration of her life is planned for a later date. Arrangements are with the Bates & Anderson-Redmond & Keeler Funeral Home.