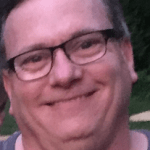 KINDERHOOK—James M. Allen passed away peacefully at his home August 10, 2021.

Born February 22, 1967, he graduated Hudson High School 1985, SUNY Oswego 1990 and was employed by the Columbia County Department of Social Services.

“Jim” enjoyed spending time with family and his good friends. He loved sports and was a loyal Yankee and Raiders fan. He especially enjoyed his yearly trips he took with his mom to New York City to see Broadway plays.

Calling hours will be held Monday, August 16 from 5 to 7 p.m. at the Raymond E. Bond Funeral Home, Valatie. Burial will be private. In lieu of flowers, the family asks simply share a good memory or funny story about Mr. Allen. They know there are several. 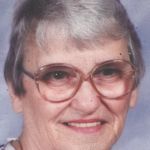 She was born May 12, 1930 in Albany, daughter of the late Louis and Ellen Hartcorn.

She was raised in Chatham, where she graduated from Chatham High School. She lived with her daughter in Naugatuck for the past few years, having lived in Beacon Falls most of her life, where she and her late husband of 28 years, Donald Allard, raised their family.

Mrs. Allard worked for many years at Bacco’s Restaurant in Waterbury and she retired from the Homer D. Bronson Company.

After retiring, she worked for seven years in the cafeteria at Woodland High School. She belonged to the Beacon Falls Senior Center, was a parishioner of St. Michael’s Church and was an avid fan of the NY Yankees, NY Giants and UCONN basketball.

In addition to her parents and her former husband, she was predeceased by her daughter, Lisa Allard and her brother, Louis Hartcorn, Jr.

A Mass of Christian Burial will be celebrated Tuesday, August 17, 10 a.m. at St. Michael’s Church, 25 Maple Avenue, Beacon Falls. Burial will follow in St. James Cemetery, Naugatuck. Calling hours are Monday, August 16 from 5 to 7 p.m. at the Buckmiller Thurston Mengacci Funeral Home, 82 Fairview Avenue, Naugatuck. Donations to honor her memory may be made to Animals For Life, 195 Rubber Avenue, Naugatuck, CT 06770. To leave an online condolence visit www.buckmillerthurstonmengacci.com.