Originally from Chatham, she was the daughter of the late Jules and Netty Brown.

She graduated from Keuka College in 1951 and earned her M Ed from Cornell University in 1954. She was a Ford Foundation Fellowship recipient. She taught elementary school for more than 20 years including 16 years at Moravian Academy, Bethlehem, PA. She read avidly and read The New Yorker cover-to-cover every week.

She traveled extensively with a formative trip to Israel in 1950 to work on a kibbutz, a year in England while her husband, Saul, was on sabbatical at Oxford University, and pleasure trips to the Galapagos Islands, Tunisia, Italy, Portugal and numerous Caribbean islands. She and her husband fulfilled their dream of relocating to Cape Cod for their retirements where they enjoyed the natural setting and making new friends.

She is survived by: her children, Lisa Beittel (Rod) of West Boylston, MA, Lowell Barber of South Orange, NJ, and David Barber (Thammarat) of Surrey, British Columbia, Canada; two grandchildren, Natalie Beittel (Kyle Peckham) and Nathan Beittel; a great-granddaughter, Joni Peckham; a sister-in-law, June Brown of Baltimore, MD; many nieces and nephews. In addition to Saul, her husband of 43 years, she was predeceased by her brother, Donald Brown and her sister and brother-in-law, Shirley and Murray Rosen. 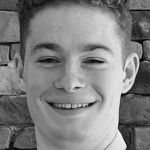 He graduated from Ichabod Crane High School in 2018. He subsequently enrolled at the Khoury College of Computer Science at Northeastern University, class of 2022, where he regularly made the dean’s list. During his junior year at Northeastern, he completed a six-month co-op at Eaton Vance.

He greatly enjoyed sports, in particular soccer and basketball, and was an avid skier. He was on the Ichabod Crane varsity soccer team, and reached the NY state finals in 2017.

A talented musician, he played the piano and trumpet until his focus shifted to sports.

He was well-traveled, visiting more than 20 countries, and was fluent in German and French. Inquisitive by nature, he constantly challenged himself and those around him intellectually. 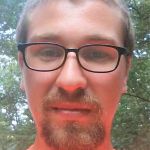 Born January 18, 1995 in Albany, he was the son of Shane and Theresa (Burnell) Manney. He went to school at Ichabod Crane, and he had certificates in mechanics. He enjoyed doing landscaping with his dad and little brother, Hunter for D&S Lawn and Garden Maintenance.

He enjoyed tinkering. When he was elbow deep under the hood of a tractor or a lawnmower, he was the happiest. He had a heart of gold and a smile that could light up a room. Anyone who had the privilege of knowing him could say they were very lucky.

In lieu of flowers, contributions in Mr. Manney’s name may be made to Autism Speaks, 1060 State Road, Second Floor, Princeton, NJ 08540. To send condolences visit raymondbondfh.com. 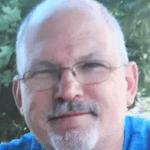 He was born to the late Lonnie R. and Jennie (Snow) Hoyt in Hudson, February 6, 1964. He was a graduate of Taconic Hills High School Class of 1982. As a young man he loved the outdoors and enjoyed hunting and fishing.

He loved to hang out with his best friends and was always willing to lend a helping hand. Mr. Hoyt leaves to cherish his memory, his fiancée of 16 years, Tina Florio. They loved to just get in the car and go on road trips. They may end up at a casino or Nubble Lighthouse in York, Maine. He enjoyed boating on the Hudson River or simply watching the sunset at the boat launch with Tina and talking with friends.

A hard worker, he was employed for the past 20 years at Schweitzer-Mauduit in Ancram. He will be dearly missed by family and friends. He was predeceased by his father, Lonnie; mother, Jennie Hoyt and daughter, Heather. In addition to his fiancée, he is survived by his brothers, Lonnie (Sherry Carr) and Robert (Martha); many nephews and nieces. The family will receive friends at the Bates & Anderson- Redmond & Keeler Funeral Home, 110 Green Street, Hudson, Tuesday, August 24, 2021 from 3 to 6 p.m. 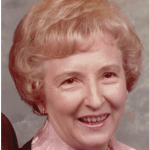 Born April 29, 1923 in Hudson, she was the daughter of the late Harry and Hazel Rushmore of Germantown.

Mrs. Trombini worked at Schatz Federal Bearing and also worked in the family violet business at Trombini Brothers in Rhinebeck.

Always active, she also volunteered for many years at Northern Dutchess Hospital in Rhinebeck.

She is survived by: one son, Gary Trombini (Sheila) of Rhinebeck; two daughters, Deanna Trombini and Joan Trombini, both of North Carolina; eight grandchildren; two step-grandchildren and many great-grandchildren.

In addition to her husband, her son, Wayne predeceased her in 1995.

Memorial donations may be made in her memory to the Rhinebeck Historical Society or the Rhinebeck Fire Department, 76 East Market Street, Rhinebeck 12572.