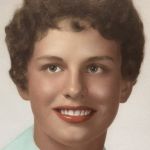 She was born January 12, 1943 to John and Mildred Snyder in Herkimer. She received her degree in elementary education from Potsdam College in 1965 and taught at Ichabod Crane Central School in Valatie for more than 25 years.

She met her future husband Winston at Ralph’s Tavern in Albany. He was smitten by her bright smile and love of sports. After an extended courtship, they wed July 31, 1971, in Newport. They settled in Valatie, where they raised two children together. They shared a wide-ranging circle of friends and loved to entertain at their home.

As a teacher, Mrs. Burt inspired countless students with her good humor and dedication to learning. Her own children grew up surrounded by her prodigious book collection and inherited her love of literature. She loaned many books from the overflowing stacks and maintained a steady stream of donations to local libraries.

For more than 20 years, she organized a golf league for fellow teachers and friends. The “Loose League” was established as a place to play golf for the fun of it. It also featured one of her favorite activities: dining out and socializing. She absolutely loved people and radiated kindness. She would get the life story of practically every bartender or server she met and it delighted her to leave generous gratuities.

Growing up on a farm, she loved animals and rode horses in the shadow of the Adirondack Mountains. She also developed a lifelong passion for gardening or as she called it “digging in the dirt.” The result of her dedication was an annual “Tulip Fest” she held for family and friends to behold the wide array of dazzling tulips, hyacinths and daffodils. She also relished any opportunity to share her green thumb and planted innumerable bulbs for friends.

She was enamored with baseball from a young age. She rooted for the Brooklyn Dodgers, later LA, and then adopted the Red Sox because her husband was a fan. Countless strangers in baseball hats or t-shirts marveled at her gregarious nature. She never hesitated to strike up a conversation with anyone about the sport she loved, be it at a stadium, bar or even in line at the grocery store.

In lieu of flowers donations may be sent to the American Stroke Association or the Valatie Rescue Squad.

ANCRAMDALE—Harold “Hezzie” D. Boyles, 93, of Ancramdale passed away August 4, 2021 at home surrounded by loved ones.

He worked on the Chase Farm for many years before becoming the highway superintendent for the Town of Ancram. On March 3, 1951, he married Helen Smith, who survives him at home.

He loved to maintain their home and enjoyed watching the birds. His favorite things to watch on TV were westerns and WWE Wrestling. He also loved country and western music. He and his wife enjoyed taking various bus trips over the years, including to both Nashville, TN, and Branson, MO. Above all else he loved his family and spending as much time with them as possible.

In addition to his parents, he was also predeceased by his six brothers and three sisters.

In lieu of flowers donations in his memory may be made to the Eastern New York Holstein Club, 28 Poplar Avenue, Pine Plains 12567. To sign the online register visit peckandpeck.net. 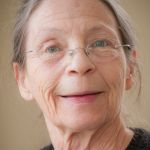 ALBANY—Edith Ruth Piwonka, 81, of Kinderhook, cherished mother, grandmother and dog lover, passed away peacefully in the presence of her family August 2, 2021 in Albany.

She was born Edith Ruth Johnson in Chicago, Illinois, to Myrtle and Byron Johnson, February 14, 1940. She graduated from Maine East High School in 1958. She received her BA from DePauw University in 1962 where she was a DJ and jazz enthusiast. She earned her MA in 1964 from Indiana University in Bloomington.

She moved to Kinderhook in 1969, where her intellectual pursuits led her to become an expert in local and regional history, particularly in the area of the Dutch colonization of New York. She served as executive director of the Columbia County Historical Society, guest curator for “A Portrait of Livingston Manor,” consulting curator for “Dutch Colonial Arts and Material Culture,” the first executive director of the Columbia County Land Conservancy, contract consultant for the New York State Historic Preservation Field Services Bureau, and was a consulting researcher in the public and private sector. She was the recipient of numerous awards and honors, most recently the 2020 Martha Washington Woman of History, and was an Elected Fellow of the Holland Society of America and the New York Academy of History. At the time of her death, she was Trustee Emeritus of the Board of the Jacob Leisler Institute. She has served on the boards of many not-for-profit organizations, including the Columbia Land Conservancy, Friends of Lindenwald, and Historic Cherry Hill. She has been a member of multiple municipal boards in the Town and Village of Kinderhook, including the Village Zoning Board and Board of Trustees, and Comprehensive Planning, Historic Preservation and Environmental Protection Committees. She was member and treasurer for the Scottish Deerhound Club of America. She has been the unofficial and official historian of Kinderhook for more than a generation. Her publications include A Visible Heritage, A Remembrance of Patria, A Portrait of Livingston Manor, and Living in Style: Selections from the George Way Collection of Dutch Fine and Decorative Art.

She is survived by: her daughters, Christine Piwonka-Bernstein (Art Bernstein) of Kinderhook and Margaret Piwonka (John Jackson); her grandchildren, Anna and Arlo Piwonka-Jackson of Montague, MA.

Calling hours will be held at the Raymond E. Bond Funeral Home, Valatie, Saturday, August 14 from 3 to 6 p.m. In lieu of flowers, donations in Ms. Piwonka’s name may be made to the Jacob Leisler Institute, P.O. Box 86, Hudson 12534; https://jacobleislerinstitute.org/.

He was the son of the late Rosemell Johnson and Clarence Pendleton.

He worked as a chef in the food industry for 20+ years.

A memorial service will be Monday, August 9 from 10 a.m. to noon at the Sacco Funeral Home, 700 Town Hall Drive, Greenport.

All are welcome to the repast immediately following at Bliss Tower’s Community Center from from 1 to 7 p.m.