CLAVERACK—Ronald Joseph Genito passed away peacefully at home Sunday, August 8, 2021 at the age 78.

He was born to the late Dominic and Blanch (Dobrough) Genito in Bristol, Connecticut, July 3, 1943.

A graduate of Ockawamick High School, soon after high school, he married the love of his life, Linda Gohl. Together, they raised their three children: Nicole, Tammy and Marco.

Mr. Genito owned a dairy farm in Claverack, retiring from farming in 2001. He continued to work for 20 years at Columbia Tractor. Family was the most important to him. He was the grandfather, or as he was called, “Dada” to Frank (Shannon), Denise (Bradley), Elizabeth, Victoria (Justice), Alexandria, Caitlyn, Hailey, and Kayden and great-grandfather to Enzo.

Mr. Genito was predeceased by his parents, Dominic and Blanch Genito. He is survived by: his wife, Linda Genito; children, Nicole (Dennis), Tammy and Marco; two brothers, Ralph and Dominic; a sister, Virginia; his grandchildren; many nieces and nephews. In accordance with his wishes there will be no public services.

Donations in his name may be made to St. Jude Children’s Hospital or Shriners Hospital for Children. Visit www.batesanderson.com to leave condolences.

He moved to Linlithgo at an early age and started a septic tank business, which he ran by himself for 70 years, retiring in October 2020.

He was married to his beloved wife, Janet “Jenny” for 56 years. He was predeceased by his wife, Jenny; a daughter, Peggy Langhirt and a beloved grandson, Nicholas Turek.

Services are private. Contributions in his memory may be made to the American Cancer Society or American Foundation Suicide Prevention.

She was born June 14, 1926 at Hudson Hospital, the daughter of the late Lewis and Pearl (Hoffman) Lasher.

She grew up in the small Hudson Valley town of Germantown. She and her friends enjoyed life growing up in a small rural fruit town at a time when farms were the backbone of Columbia County and it was safe to leave the back door open at night.

She graduated from Germantown Central School and went into nurses’ training at Albany Medical Center affiliated with Russell Sage College. Chosen from her class to become a nursing instructor in the AMC program, she taught there for several years before moving to Florida where she was a nurse at Halifax General. She returned to Germantown to marry Albert McLean, February 20, 1949. In 1951 she semi-retired from nursing to raise her family. Mrs. McLean returned to her career full-time, in the late 1960s at Columbia Memorial Hospital as a surgical nurse, and later as discharge coordinator, a position she held for 25 years, generally assisting patients or the families of patients at Columbia Memorial.

She was active in the community; from her youth she was a member of the United Methodist Church in Germantown, a past member of the Jennings-Willetts Post Legion Auxiliary, a leader for both Brownie and Cub Scout troops; a member of the Eastern Star, the Hudson Fortnightly Club, Columbia Memorial Auxiliary and the Hendrick Hudson Chapter of the Daughters of the American Revolution. She was an avid golfer and played the game into her 80s at the Columbia Golf and Country Club in Claverack and later at the Edgewood Golf Club in Tivoli.

She was also a member of several professional organizations including the Albany Medical Center Alumni Association and the New York State Nurses’ Association.

In retirement she enjoyed travel and explored almost all of the capitals of Europe with friends. She spent time in Britain, Ireland, France, Spain, Italy, Greece, Turkey and areas around the Black Sea. She also traveled across the U.S. and found the Rockies and the desert Southwest her favorite locations. Winters were spent cruising the Caribbean or visiting friends from nursing school days in Florida.

She enjoyed friends and family. Her love of her dogs was well known. She gave her time willingly and took great pride in the good she was able to do for community members through her skills as a nurse, teacher and friend.

She will be deeply missed by: her children, Hugh and Linda; nieces, Mary Lew Fink, Cheryl Lasher and Karen Hinkein and several cousins. In lieu of flowers donations in her memory may be made to Albany Medical School of Nursing Alumni Association or the Columbia-Greene Humane Society.

A funeral service from the Bates & Anderson-Redmond & Keeler Funeral Home was held August 13. Interment was in the Germantown Reformed Church Cemetery. 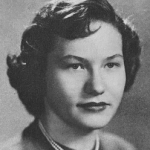 She was born January 3, 1935 in Hudson to the late Vivian (Edwards) and Theodore Pinkowski.

She is survived by: her beloved husband of 67+ years, Leo Buell of Valatie; daughter, Cindy Buell of Atlanta; brother, Robert Pinkowski of Claverack; numerous brothers-in-law, sisters-in-law, nieces, nephews, other relatives and friends. She was predeceased by her brothers, Theodore, Ronald, David and Joseph Pinkowski.

Mrs. Buell was a very hard worker and held many jobs in her lifetime, in addition to being a dedicated homemaker for her family. She was an avid volunteer for Caring Together, Columbia Memorial Hospital Auxiliary and the Kinderhook Elks and was always finding ways to contribute to her community and those less fortunate. She loved animals—cats in particular—and cared deeply for the many strays that she adopted.

Her kind heart was broken many times by these precious beings, and she would not have had it any other way. She was feisty and had a quick wit, even when ill, that surprised and delighted many over the years. She had an empathetic heart that embraced all who crossed her path. She was a champion for the underdog. “She will live on as an inspiration to all of us who knew and loved her.”

Her family is grateful to the staff on the sixth floor of Columbia Memorial Hospital for providing compassionate care to her and her family during her final days. They also thank the staff at Pine Haven Care Center for their loving care and support during her her stay there.

Mrs. Buell was a 27-year ovarian cancer survivor, “Dr. Kredentser’s miracle” and an advocate for those impacted by this terrible disease. In her honor and in lieu of flowers, donations may be made in her name to Caring Together (https://caringtogetherny.org/) or a charity of choice.

A Celebration of Life will take place in early October. Details will be forthcoming. Arrangements are with the William J. Rockefeller Funeral Home, Inc., 165 Columbia Turnpike, Rensselaer.