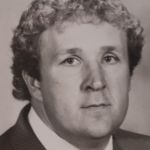 Art was born in Hudson, to Arthur Heins, Sr., and Ruth Heins (Hodge), June 3, 1954. He attended Ichabod Crane High School and graduated in 1972. He owned and worked for Heins Equipment Company.

He enjoyed spending time with his family, watching, playing and discussing sports, riding horses, weight lifting and riding his Harley Davidson. He enjoyed being “Pop-Pop” to his six adoring grandchildren.

He volunteered with many organizations, coaching for the Northern Columbia Little League, Elks Soccer and St. John’s CYO Basketball. He was a member of the Old Chatham Hunt Club, Village of Valatie Planning Board, Northern Columbia Lions Club, and enjoyed being Santa’s helper with the Valatie Santa Claus Club.

In lieu of flowers, memorial donations may be made to the Healthcare Consortium, 325 Columbia Street #200, Hudson 12534 and/or the Valatie Volunteer Rescue Squad, 35 NY-9H Valatie 12184. The family extends its gratitude to the Columbia-Greene Dialysis Center.

The family will hold a private Celebration of Life event at their convenience. Arrangements are under the direction of the Raymond E. Bond Funeral Home, Valatie.

He was born June 28, 1935, to the late Michael and Margaret (Feldman) Tebolt of New Rochelle, where he grew up and lived for more than 50 years.

He was a graduate of Blessed Sacrament High School, class of 1953. He continued his education at Iona College where he graduated in June 1957. He was especially proud of his years at Iona College, where he felt the school provided him with a foundation on which he could build his future. He married Agnes at St. Gabriel’s Church, March 30, 1957.

Mr. Tebolt started his professional career with Cabot Industries as a salesman of precious metals and alloys. He eventually transitioned to running his Toy Train business, which he started as a result of his boyhood love of trains, full time. As a young father he could be seen working during summers at Rye Playland, making ice cream, chocolate candy and candy apples. His candy apples became a big Halloween treat for many years at his house until the demand became too much! He also worked at Miller’s Toy Store repairing trains and bicycles on the weekends for many years.

He managed all this and still had time for his young daughters. Every Sunday he started the day by preparing breakfast for them and then off to play, maybe miniature golf or target shooting at the archery range.

In later years, Mr. and Mrs. Tebolt enjoyed the quieter life in Austerlitz. They still ran their Toy Train business but had more free time to travel. They enjoyed many trips to Scotland and Hungary to visit family. Also, their home offered plenty of space for the grandchildren to run around outside and fish in the pond.

Mr. Tebolt is survived by: his wife, Agnes; their children, Susan Tebolt, Barbara O’Meara and her husband Kevin and Nancy Tebolt; his brother-in-law, Gerald DeBona; his brother, Michael Tebolt and his wife Millie; his sister-in-law, Regina Tebolt; his grandchildren, Christopher Maher and his fiancee Erica Peckham, Matthew Maher and Abby Dunkin; and many nieces and nephews. Aside from his parents, he was predeceased by his infant daughter; his sister, Mary DeBona; his brothers, Edward Tebolt and his wife Kathleen, Robert Eric Tebolt and his son-in-law, Stephen Maher.

In lieu of flowers, memorial donations in his name may be made to Alzheimer’s Association, CT Chapter, 200 Executive Boulevard, Suite 4B, Southington, CT 06489-1058. Condolences may be conveyed at frenchblasl.com

Funeral services at the Bates & Anderson-Redmond & Keeler Funeral Home, 110 Green Street, were held August 3 with visitation prior to the funeral service. Interment was in Cedar Park Cemetery. A complete obituary is forthcoming.

He was born December 10, 1940 in Hudson, the son of the late Edward and Ella (VanTassel) Garrison.

Mr. Garrison was a life-member of the City of Hudson Fire Department J.W. Edmonds Hose Co. #1.

He loved to hunt, fish and watch westerns.

He is survived by: his cherished granddaughter, Sandra and her husband Paul Davey; three great-grandsons, Brandon, Kenneth and Dylan Davey, all of Austerlitz; his sister, Doris Kisselback; also by many nieces and nephews, who will cherish his memory. He leaves behind many friends at Providence Hall in Hudson.

A graveside service will be held Monday August 9, 11 a.m. from the Cedar Park Cemetery, Hudson. All are welcome. For on line condolences, visit wenkfuneralhome.com 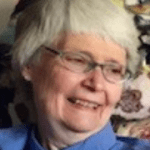 Born March 9, 1944 in Parsons, WV, she was the daughter of the late Walter and Constance (Brock) Maleonskie.

For many years, she worked as a nurse’s aide at Livingston Hills Nursing Home (formerly The Adventist Home) in Livingston. She also worked for Columbia County Mental Health Association.

Always devoted, “Pat” attended masses at Christopher’s Church in Red Hook, the Church of the Good Shepherd in Rhinebeck and the Church of the Resurrection in Germantown. She also volunteered at these parishes.

She was a pro-life advocate and was a member of the Secular Order of Discalced Carmelites. She also volunteered at Livingston Hills Nursing Home.

A brother, Robert Maleonskie predeceased her. 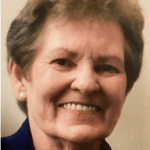 OLD CHATHAM—Jeanette Brown Reed, 79, of Old Chatham passed away at her home July 30, 2021, after a courageous battle with lung cancer.

She was known to be a surrogate mother to many and was loved and respected by all who knew her. She always had a smile on her face and a joke to tell.

Ms. Reed was a kind and gentle person who loved spending time with family and friends. She was predeceased by her longtime partner-in-crime and the love of her life, George Haefner. The two of them had many years of adventures together. They enjoyed traveling and a good yard sale. Their door was always open to all. 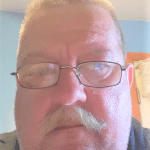 “Tom” was a toll collector for the New York State Thruway Authority and was a truck driver for BAC sales in Ghent for a time. He was a former 25-year member of the Stuyvesant Fire Company.