HUDSON—Patricia Grace Williams, 67, of Stottville passed away peacefully with family by her side Tuesday, August 3, 2021 at Columbia Memorial Hospital after a courageous battle with long illness.

She was born January 15, 1954 in Hudson to her beloved parents, Chester P. Smith and Mary E. Nimons.

A lifelong resident of Columbia County, she graduated from Hudson High School in 1972, then graduated from airline school with adventurous aspirations of traveling all over the world. She ultimately settled into a career at Questar III in Schodack as an accounts payable clerk until she retired in 2019 after 30 years of service. She enjoyed spending time with her daughter, thrift store “treasure” hunting, the beauty of nature—especially flowers and the color pink.

She was a loving, devoted mother and friend, well known for her quiet, humble demeanor and kind personality. She will be greatly missed by all who knew her. 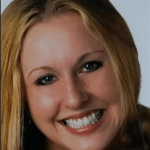 She was born November 22, 1979 in Hudson, the daughter of MaryAnn Ellsworth and the late Bruce Nooney.

She was a graduate of the Ichabod Crane High School.

Ms. Hughes was predeceased by grandparents, Lyle and Jeannine Nooney and Caroline Ellsworth.

She was born August 21, 1933 and grew up in Hudson, graduating from Hudson High School in 1951. She began employment at the Farmer’s Bank as a billing clerk. She married Robert Kipp in 1953 and raised threechildren while working tirelessly on the family farm.

In later years she was employed by Columbia Memorial Hospital and retired from a supervisory position in the business office.

She approached life with a positive attitude and an easy laugh. Never one to stay still too long, over her lifetime she enjoyed traveling with her husband of 41 years, Arland “Mick” Gregory. She also enjoyed spending time with family, friends, her dog Holly, and worshiping as a faithful member of the Reformed Dutch Church of Claverack.

She was past president of the West Ghent Fire Auxiliary and past secretary of the Trippers Club of Hudson. She treasured shopping trips with her sister. She was well known for delivering her and her husband’s fresh produce to friends, family, neighbors and Salvation Army.

Funeral services from the Bates & Anderson-Redmond & Keeler Funeral Home will be held Wednesday August 11 at noon. Visitation prior to funeral services will be from 10 a.m. to noon at the funeral home. Interment will be in West Ghent Cemetery. In lieu of flowers, donations may be made in her memory to the Reformed Dutch Church, Building Fund, Drawer K, Claverack 12513. 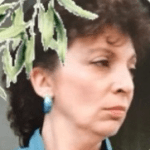 MELLENVILLE—Kathryne Patricia Cassera, 75, went home to her Lord Saturday, August 7, 2021, surrounded by her loving family in her home in Mellenville.

She spent most of her early adulthood as a homemaker. She later spent her time and workforce efforts in retail and retail management, but she will be most remembered for her passion for interior design and crafting. She was blessed to know true love for 52 years: 25 years with her first love Clifford Bain, during which she was blessed with her three children, and 27 years of unconditional devotion to “her guy,” Johnny Cassera.

In addition to her parents, she was predeceased by her first husband, Clifford S. Bain, and her brother, John Torchia.

Cremation will be private and no funeral services will be held. The family will gather at a later date to celebrate the life of this beloved wife, mother, grandmother, sister and aunt. In lieu of flowers, donations may be made to Mellenville Volunteer Fire Company, ATTN: Jim and Marsha Winters, P.O. Box 81 Mellenville 12544. Arrangements were with the Thomas P. Mooney Funeral Home, 11 Elm Street, Nassau. Leave condolences at mooneyfuneralhome.com