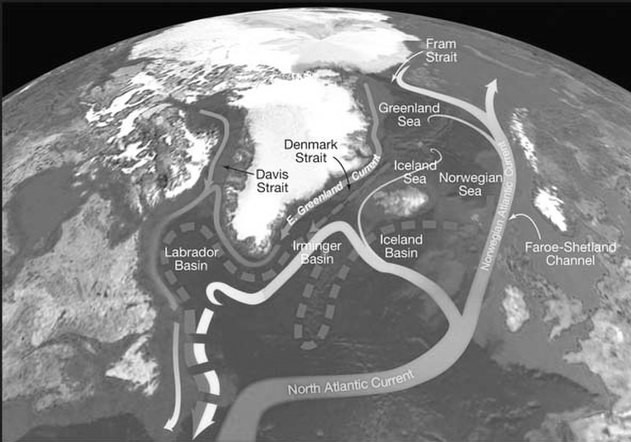 WHEN YOU SAY “CLIMATE CHANGE” the first thing that springs to mind is global warming. The second thing that comes up is sea level rise. Both those are quite likely to become increasingly important in our future. But it is all so much more complex than that, especially as every location around the world will react differently.

Columbia County will endure climate change differently from Southeast Asia, the American Southwest, Florida, New Orleans and simply everywhere else. But The Columbia Paper has asked the two of us to ponder what might happen right here in the upper Hudson Valley and so we have been searching through the literature, hoping to find some answers. Let’s begin a series of columns about what might happen hereabouts in coming decades. Of course, no one actually knows for certain, so let’s just say that we will write about some educated guesses that we have been able to make.

We have been especially interested in some recent speculations about what will happen to the Gulf Stream if global warming continues. You may have learned about the Gulf Stream in high school science classes. See the northeast trending gray line on our illustration (courtesy of Wikimedia Commons). The Gulf Stream is a current of very warm surface waters that begins near Florida and flows north and then northeast toward Europe. It transports enormous amounts of heat from the Caribbean to all of the Northern Atlantic basin.

As the Gulf Stream gets into the north it cools down. At the same time, it evaporates. Its waters become both cold and salty, and that makes them so dense that they begin a sinking into deep waters and then they begin a southward deep-water flow, headed back to the tropics. See how the gray line splits and grades into the pale dashed one. This makes it part of what’s called the global oceanic conveyor belt. That’s one of the world’s most important influences on climate. You should learn more about this. You can Google it.

The problem is that, as global warming continues, the northern latitudes have been warming up, and warming quickly. The Gulf Stream is not cooling as much as it has been. Neither are those waters evaporating as much. So, these waters are not becoming as dense as they had been, and they are not sinking as they had been. Many oceanographers think that Gulf Stream is grinding to a halt. That’s debated but, for our purposes, let’s assume that it is happening.

That would do two things. It would deprive all of the northern Atlantic basin, including Columbia County, of a major source of heat. Our climate would likely cool. It has also been observed that when this has happened in the past that sea levels have risen, especially in the American Northeast. We look into the future and see our region’s climate cooling as the rest of the world warms up. We watch as the Hudson estuary swells with rising tides, as its coastal marshes become submerged. Much of the land just south of City of Hudson would be drowned. The total area of the Hudson’s estuaries would increase in size as sea level rises. Researchers at Cornell University and Scenic Hudson estimate that it will expand from about 7,000 acres today to perhaps 11,000 acres by the end of the century. That will extend all the way down the river to New York City.

To contact the authors email Their Facebook page is “The Catskill Geologist” and their blogs at thecatskillgeologist.com