The Policy Committee is writing a new grading policy in line with the district’s goal to be a more “restorative” district, with language “supportive of teachers,” explained Board member Lucinda Segar.

“What about supportive of students and parents?” suggested Board member Selha Graham. Helping children with remote learning really brought parents into the lessons, she said. 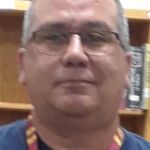 Wayne Kinney, a high school science teacher and since December head of the teachers union, raised concerns about the policy as drafted. “We’ve always had freedom to grade as we wanted,” he said. But the policy proposal calls for “uniform grading systems” and “consistent weighting” of the work and tests that go into a grade with annual oversight by building principals.

“That’s not realistic,” Mr. Kinney said. Some teachers have 85 students at one time.

Ms. Segar suggested Mr. Kinney attend Policy Committee meetings and give his input. In fact, people suggested that union representatives could attend meetings of all board committees.

On another topic, the board is planning to raise the pay rate for substitute teachers, aides and staff for the first time in five years.

“Substitutes are hard to find,” said Human Resources Manager Rachel Rissetto, and Hudson must compete with other districts that may pay substitutes a higher rate.

In addition, said Ms. Rissetto, with the unemployment portion of the federal stimulus package, some potential substitutes find it easier to stay home.

She said the substitute list is already “not long,” and gets shorter whenever someone leaves the list to take a permanent position, such as a teacher’s aide.

One consequence of all these factors is that though the district prefers certified teachers, it sometimes has to settle for less qualified substitutes.

“Is there an area where we especially need substitutes?” asked Ms. Segar.

Ms. Rissetto said that she and Business Administrator Jesse Boehme would work out what the hourly wage for full-time employees would be if benefits were included in the pay, particularly with teacher aides and food service.

Board President Carrie Otty remarked that all this would last only about three months until a new minimum wage goes into effect.

‘We’ve always had freedom to grade as we wanted.’

The school term opening this month will be closer to pre-Covid normal than last year was. Students will come in person five days a week. There will be no daily temperature checks or Wednesday closings for deep cleaning. Students with symptoms have to stay home, but other people who live with them will no longer be automatically quarantined. Buses will run at full capacity—40 to 42 students. The social distance is reduced from six to three feet in most classes. It will be six feet for gym and music.

Still, all students must wear masks on the bus and indoors in school. Staff and visitors must wear masks indoors. Bus windows should be open when possible. Each school expects to get a PCR (nasal swab) test machine, with parental consent required for all testing.

These plans are as of now and can change.

* HCSD is continuing to fill its open positions, Dr. Suttmeier reported. “We need to start the year fully staffed,” she said. 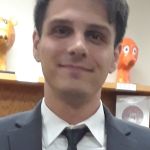 She welcomed Gregory MacVicar, a newly-certified school psychologist who will replace a retired psychologist at the Elementary School. Mr. MacVicar said he was born and raised in Long Island. He called his new position with the HCSD “a pleasure and an honor.”

* The superintendent also reported getting “positive feedback” from the summer teachers. Attendance was good. “Students were happy to be there. They were happy to be with each other,” Dr. Suttmeier said., who added that summer students made up the material they missed out while doing Zoom learning

* Ms. Segar thanked everybody for working hard to get suitable school resource deputy and body camera agreements in place.

Dr. Suttmeier said, “I think the Hudson Police Department and the County Sheriff’s Office put the right people in the schools.”

The next meeting of the HCSD Board of Education will take place Tuesday, September 7, at 6 p.m. at Hudson High School.