HUDSON – Joseph Anelle, 90, of Hudson, passed away peacefully at home on Monday October 18, with his family by his side. Born in Hudson on September 6, 1931, he was the son of the late Vincenzo and Jenny (Guinda) Anelle. Mr. Anelle served in the U.S. Air Force during the Korean War. He was a Welder with Blue Circle Cement in Ravena.

He is survived by his wife Antoinette (Doto) Anelle, his son Joseph (JoAnn) Anelle and grandchildren Joseph Michael, Vincent Michael and Gia. He was predeceased by his son Vincent Anelle as well as brothers James and Anthony and sisters Elizabeth, Carrie and Sandra.

Calling hours are Thursday, October 21 from 3:30 to 5:30 p.m. at the Sacco Funeral Home, 700 Town Hall Drive, Greenport. Funeral services will follow at 5:30 p.m. at the funeral home with Fr. Winston Bath officiating following Air Force honors. Memorial contributions are requested in lieu of flowers to the Alzheimer’s Association at www.alz.org

William was born in Chatham on September 6, 1950 and attended Chatham High School. Mr. Willis worked in the paper industry for 35+ years and retired from Bennington Paper Board which was previously Columbia Box Board.

When Mr. Willis was a younger man he enjoyed driving and training standard bred horses, primarily based out of the Chatham Fairgrounds. He raced his horses all over the North East area with his horse Yellow Venture bringing him the most wins. His favorite horse was Harlem Georgia.

A graveside service and burial honoring William will be performed October 23, 2021 at 11 a.m. at Cemetery of the Maples, East Chatham. If you wish to honor Mr. Willis, donate to your local VFW as he was a strong supporter.

COPAKE – Edith C. Blush, 91 passed away on Saturday October 9 at the Ghent Nursing and Rehabilitation Center, Ghent. Mrs. Blush had been a resident of the Ghent Assisted Living for the last 3 and a half years previously residing in Copake.

She had been employed as an office clerk at AXA Equitable Life Insurance Company in New York City prior to residing in Copake.

Ms. Blush enjoyed cooking and crafting and along with her late husband were faithful members of the Roe Jan Young at Hearters Group.

She was predeceased by her husband, Henry “Hank” Blush in 2014.

Funeral services will be held Monday, October 25, 12:30 p.m. at the Gerald B.H. Solomon Saratoga National Cemetery, Schuylerville. There are no calling hours. Arrangements are with the Peck and Peck Funeral Home, Copake.

Born July 4, 1939, she was the daughter of the late William and Mary Kozy. She was a home health aid for many years. She is survived by 2 daughters, Elizabeth and Patricia Chessman.

Visitation and funeral services were Friday at the Sacco Funeral Home in Hudson. 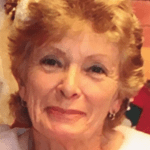 COPAKE–Joanne Marie Delamater, 75, of Copake passed away peacefully in her home Thursday, October 14.

She was born November 12,1945 to the late Elmer and Marie (Case) Jarvis in Rochester. She eventually relocated to Columbia County where she resided for the past 50+ years.

Ms. Delamater was a “Jane of all trades.” She was well known in the community for her skilled plumbing assistance along side her life partner. She was an active member of the Copake Grange, the Copake Park Commission, and the St. John’s Lutheran Church. When she finally found time to relax, she enjoyed landscaping, baking, and feeding the squirrels and birds that visited her daily. She also enjoyed reading her favorite Amish love stories. On Saturday nights in the summer you could find her singing along to her favorite oldies songs at the Copake Park where she was famous for her brownie a la mode.

She will be dearly missed by everyone in her family as well as her community.

She was predeceased by her late husband, Donald Delamater, as well as her late sister-in-law, Feona Jarvis.

A celebration of life will be held November 12 from 5 to 8 p.m. at the Copake Memorial Park building. All are welcome to bring their memories and stories to share.

In lieu of flowers, donations can be made in her name to St. John’s Lutheran Church, Ancram or to Peck and Peck Funeral Home, PO Box D, Copake NY 12516 to assist the family with expenses.

VALATIE – Gloria C. Guido, 92, formerly of West Palm Beach, Florida, passed away Friday, October 8. She was born in Mount Vernon, January 28, 1929 to Catherine and Joseph (Negri) Polese. She attended the Mount Vernon School system and upon graduating from high school she worked at New York Telephone Company. In 1970, Ms. Guido and her husband opened Guido’s Italian Restaurant in Valatie.

Ms. Guido is survived by her loving family: her son, A.J. Guido, Jr.; her two loving grandchildren, Michael J. Guido (Diana) of Sand Lake and Amanda I. Guido of Kinderhook; one great-grandson, Harlan Guido of Sand Lake; a daughter-in-law, Janet Guido of Kinderhook; a sister, Rose Turco of Ghent; several nieces and nephews. She was predeceased by her husband, Armando J. Guido, Sr.; two sisters, Frances Sigler and Ann LaBuff and a brother, Eugene Polese.

There was a Mass Service at St. John the Baptist Church in Valatie, October 18, 2021. Arrangements are with the Raymond E. Bond Funeral Home, Valatie. 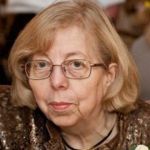 CHATHAM–Joan G. Roth, 82, of Chatham Center, passed away peacefully on Monday, October 11 at St. Peter’s Hospital with her loving family by her side. She was predeceased by her husband, William G. Roth in 2017.

Mr. Roth was born in Hudson on September 19, 1939 to the late Pearl (Holsapple) and Seymour Stupplebeen, Sr. She graduated from Roeliff Jansen High School in 1958 and worked for the New York State Department of Labor for more than 20 years. She was a devoted mother, grandmother and great-grandmother.

She is survived by her son and daughter-in-law, James and Stacey Roth of Valatie, daughter and son-in-law, Wendy and Aaron Nooney of Albany; grandchildren, Johnathon (Bobbie) Roth of Schodack, Christina Carswell (Obie) of Tennessee, Brandon (Sarah) Roth of Valatie, and eight great-grandchildren, Olivia and Vanderbilt Roth, Mackenzie, Ryker, Amelia and Cohen Carswell, Danica and Myles Roth. In addition, she leaves behind her sisters, Edna Mixa of Ghent and Ruth Miller of Ancram.

There are no calling hours. A private memorial will be held at the convenience of the family. Arrangements are with the Raymond E. Bond Funeral Home, Valatie.