Born February 2, 1949 he was the son of the late Ralph V. and Emilienne (Lemaire) Mulford. Vincent was an antique dealer in Hudson for many years. Memorial services are incomplete and will be announced. Arrangements are with the Sacco Funeral Home, 700 Town Hall Drive, Greenport. 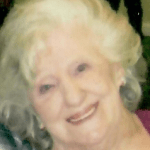 CASTLETON—Frances M. Mackey, 97, of Castleton passed away peacefully in her sleep, surrounded by family and friends Wednesday, October 27, 2021 at her home.

Born November 28, 1923, she was the daughter of the late William and Anna (Quandak) Youzwak.

She was a loving mother, grandmother and great-grandmother who loved her cats.

She is survived by: five children, William Mackey of Niverville, Donald and Joseph Mackey, both of Valatie, Sharon Hagadone of Virginia and Judy Mackey of Castleton; several grand- and great-grandchildren, nieces and nephews. She was predeceased by her husband Albert “Porky” Mackey and her children, Raymond Mackey and Frances “Sissy” Skinkle and her grandson, Donald Skinkle, III.

Funeral services will be held Monday, November 1, 2021, 1 p.m. at the Raymond E. Bond Funeral Home, Valatie. Burial will follow in St. John the Baptist Cemetery, Valatie. Visitation will be from 11 a.m. to 1 p.m. prior to the funeral. Meomorial contributions may be made to CATS (Caring about the Strays), 3415 Leroy St., Schenectady 12304.

Born January 26, 1931 at Ellis Hospital in Schenectady to the late Clyde K. and Wilma (Colburn) Martin, he was later adopted by his maternal grandparents, Lee W. and Lola (Millington) Colburn.

He attended schools in Scotia, where he lived. After graduating he was employed by Niagara Mohawk and was working in Hudson when he joined the U.S. Navy where he served four years during the Korean War.

After that time he returned to Niagara Mohawk and served for a total of 40 years including military time, retiring as a line foreman B hotstick.

During his time in the Navy he served as aircraft electrician third class (AE3) in Fasron 51. He was stationed in Norfolk, VA, Jacksonville, FL, Sanford, FL, and Guantanamo Bay Naval Base (GITMO) in Cuba, finishing his time aboard the Intrepid aircraft carrier. While stationed in Jacksonville, Mr. Colburn met and married his wife, Faye (Sanchez). He and his wife enjoyed many years of travel, golf and fishing. They especially enjoyed cruises and were “Diamond Members” of the Cruise Club with Royal Caribbean and Celebrity Cruise Lines.

Funeral services at the Bates & Anderson-Redmond & Keeler Funeral Home will be held Monday, November 1 at 2 p.m. Visitation prior to funeral services will be from noon to 2 p.m. In lieu of flowers consider a memorial donation to the Philmont Methodist Church or Community Hospice of Columbia Greene, 47 Liberty Street, Catskill 12414. To leave online condolences visit batesanderson.com.

ALBANY—Jan M. Volkmann, age 79, of Albany passed away October 28, 2021 at St. Peter’s Hospital after her second battle with cancer.

She was born in Peekskill to Majorie and Edward Murden, October 23, 1942. She attended Peekskill High School where she met her loving husband, Peter Volkmann, Jr. They married in 1962 and began their family with the birth of their son, Peter Volkmann, III, in 1963.

Mrs. Volkmann worked many different vocations that included an air crew scheduler for General Electric at Westchester County Airport, a cook at the Malcolm Gordon School in Garrison, and administrative assistant for ABC Oil in Peekskill, St. Basil’s Academy in Garrison and St. Christopher’s Inn in Garrison. She was ordained as a Deacon for the Episcopal Diocese of New York City at St. John the Devine in Manhattan in 1999. She served at St. Peter’s Church in Peekskill for years until she retired in 2006. She created the soup kitchen for more than 100 souls a couple of days a week that expanded into a daily program. She also was a contributor in expanding the Children’s Sunday school at St. Peter’s Church in Peekskill. She was one of the few women whose husband and child both were first responders to the World Trade Center in New York City 9-11-2001. Her support of her first responder family members over the years was unwavering. She and her husband moved to Valatie in 2006 to enjoy retirement with her family. She was a constant supporter of her grandchildren, Jaycee and Peter. She was an ardent fan of all Ichabod Crane School District activities and would consistently be cheering for every child at so many school functions.

Her family thanks the staff at St. Peter’s Hospital and the Atrium at Crossgates Senior Living in Albany for their compassionate care of Mrs. Volkmann after the death of her beloved husband.

She is survived by: her son, Peter Volkmann, III, (Layne) of Albany; four siblings, Mary Ellen Tompkins of Missouri, Christine Mileski of Florida, Bruce Murden of Massachusetts, Amy Pelissey of Rhode Island and her two grandchildren, Jaycee and Peter Volkmann, IV. She was predeceased by her husband, Peter Volkmann, Jr., and her brother, David Murden.

Funeral services will be held Friday, November 5, 10 a.m. at St. Peter’s Episcopal Church, Peekskill. Burial will follow in Assumption Cemetery, Peekskill. In lieu of flowers, contributions may be made to the ICC Booster Club, P.O Box 658, Kinderhook 12106. Arrangements are with the Raymond E. Bond Funeral Home, Valatie.