Her memorial gathering was held October 16 at Old Austerlitz / Austerlitz Historical Society, 11550 State Route 22, Austerlitz. It was open to everyone who loved her and wanted to gather to remember her. 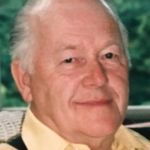 Born October 24, 1923 in Brockton, MA, he was the son of the late Kenneth and Elsa (Shackley) Carpenter.

He was a World War II veteran, who served with the U.S. Army as a medic in the European Theater of Operations. He was employed at Pilgrim State Hospital in West Brentwood for 37 years. He was an avid woodworker and gardener and loved playing bingo at the assisted living facility where he lived.

He is survived by: his daughter, Jeannine Carpenter of East Greenbush; a brother, Fred Carpenter of North Carolina; four grandchildren, Nicholas Stewart, Heidi, Frank and Brian Putallaz and several nieces and nephews. He was predeceased by: his wife, Jerry LaFlair; a daughter, Geraldine Stewart and siblings, Peter and Kenneth Carpenter, Thelma Skinner, Alice Viscome and Betty Tabor.

A graveside service was held in Woodlawn Cemetery, October 18, 2021. Arrangements are with the Raymond E. Bond Funeral Home, Valatie. 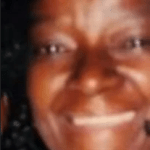 She was born in Dinwiddie, VA, to the late Maggie and Edward Winfield, October 28, 1951. In addition to her parents, her brother, Edward Lee Winfield predeceased her.

She worked as a youth facilitator for many years. In her later years she worked for various agencies as a caretaker for the elderly. She was a very outgoing, outspoken individual who will always be remembered for her candor and laughter.

HUDSON—David Bratton, 54, of Hudson passed away suddenly the morning of October 13, 2021.

He was predeceased by his father, John Bratton.

A memorial service was held October 15, 2021 at Bates and Anderson in Hudson. A celebration of life was held at the Athens Firehouse, 39 Third Street, Athens, Saturday, October 16. 2021.

He is survived by: his wife, Terry (Rauch) Thesher; daughter, Carolyn (Kevin) Delahanty, and granddaughters, Victoria and Isabella. There are no services scheduled at this time. Arrangements are with Bates and Anderson, Hudson.

GHENT—Fred Huber of Ghent passed away peacefully at his home October 17, 2021 surrounded by his family.

He was the original owner of The Red Barn. He took great pride in The Red Barn and its homemade ice cream being an iconic landmark here in Columbia County that is remembered fondly by so many.

Mr. Huber was a valued member of the Hudson Boat Club and loved his time there and boating on the Hudson River.

He is survived by: his wife, Barbara; his two children, Peter Huber and Heidi Huber Grandinetti and their families including three much-loved grandchildren.

The family is not holding services at this time and requests privacy. They thank everyone for remembering Mr. Huber so fondly. Arrangements are with Bates and Anderson, Hudson. 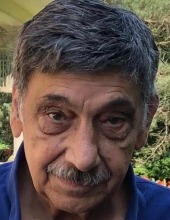 CHATHAM—John F. Menegio, 79, a lifelong resident of Chatham, passed away at home October 22, 2021 of natural causes.

He is survived by: his daughter, Tammi; son, Mike and wife Jan. He also leaves behind his beloved grandchildren, Kaitlyn, Mikala, Gianna and Mitchell.

Born to Italian immigrants, Giovanni (Minneci) Menegio and Girolama “Mamie” Sclafani, he spent his first years living on the family farm in Old Chatham. After a farming accident claimed the life of his father, his mother moved the children to the Village of Chatham where he lived for the remainder of his formative years. Often seen wearing a black leather jacket and slicked back hair he was the product of a bygone era.

Upon graduating from Chatham High School in 1960, he enlisted in the United States Coast Guard. A majority of his enlistment was spent at Governor’s Island, where he was responsible for patrolling the waterways surrounding the city.

After his four year enlistment, he returned to Chatham and married his former wife, Judy. Soon after, they purchased a piece of land where the two managed to build their own home with the help of friends, neighbors and long days. Neither had any real experience in construction.

“How hard can it be?” was a phrase he commonly said. He wasn’t afraid to try something for the first time, that was his spirit.

Mr. Menegio spent the majority of his working life as a salesman in the auto, advertising and utilities industries. He built a reputation for honesty and integrity.

Later in life, he was known for living simply with pleasures like a good eggplant parm, lasagna or Italian cookies. 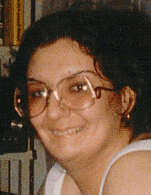 Born June 20, 1961 in White Plains, she was the daughter of the late Patrick R. and Julia (Gatto) Rosino.

She married David White, June 8, 1986 at St. Bartholomew’s Church in White Plains. He survives at home in Germantown.

In addition to raising her family, she was a longtime active member of the American Red Cross and was a CPR instructor. Her passion was for baking and would often create cakes and sweets for all family events.

A brother, Patrick Rosino predeceased her.

Donations may be made in her memory to the American Red Cross at www.redcross.org/donate/donation.html/. 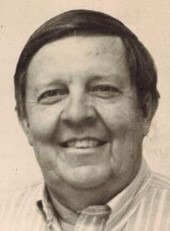 MILLERTON—Harold Lee Decker, Jr., a lifelong resident of Millerton, passed away peacefully October 16, 2021 at his home.

He was born June 5, 1937 in New York City to Harold and Elaine Decker of Ancramdale. He married the love of his life Carol Hoyt December 31, 1957 in Hudson. They were fortunate to enjoy 64 years together.

The couple operated the Sears Catalog Store in Millerton for 10 years. After that they opened the Millerton Appliance Store for six years prior to their retirement, when they traveled extensively and spent winters in Florida.

Mr. Decker was an avid outdoorsman throughout his life. He enjoyed hiking, camping, hunting and especially fishing. He was skilled at archery and entered many competitions.

In addition to his wife, Carol, he is survived by: his son, David Decker of Millerton; his daughter, Diana and her husband Carlos Tanon of Parkland, FL; a brother, Robert Decker and his wife Barbara of Gallatin and an uncle, Alton Hoysradt of Germantown.