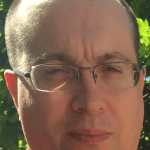 CHATHAM—Gerard Allen Bassett, 49 years old, was rejoined at the gates of heaven by his beloved dog, Teddy, November 12, 2021.

As a young boy he started working as a paperboy in town. At 18 years old, he went to work at the local grocery store, Finest and Meadowgreen’s Restaurant. For 27 years he had a second-family while working at Hannaford. He cherished and loved his job and his Hannaford family.

He was a graduate of Faith Christian Academy in Stockport. He loved his dogs and eating at restaurants. He was everyone’s “Jer-Bear.” Known for caring and helping everyone, he was always in a good mood and wore a smile. He enjoyed watching football and baseball games with his friends.

He had a special bond with his nephew, Vincent and his devoted mother—both stood by his side when he battled leukemia. He was a wonderful son, always committed to his mother. He took the role of caring and supporting his mother after the passing of his stepfather, William Swift.

The family will have a small ceremony to celebrate him at a later date. Condolences may be conveyed at frenchblasl.com. 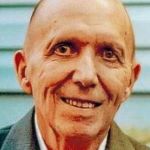 MILLERTON—Carl E. Stahovec, 67, a lifelong area resident, died peacefully Friday, November 19, 2021 at his home in Millerton with his loving family at his side.

Mr. Stahovec retired in August 2019 as an estimator from C.A. Lindell & Son, Inc. in Canaan, CT, where he worked for more than 20 years. He also worked as a self-employed carpenter and general contractor in the building trade for many years prior.

He was a 1972 graduate of Housatonic Valley Regional High School and also attended Oliver Wolcott Technical School in Torrington. On October 15, 1988 in Millerton, he married Kathleen Shaffer.

Mrs. Stahovec survives at home. Mr. Stahovec served on the Town of North East Planning and Zoning boards. He also served on the Town Board as deputy town supervisor and a town councilman for many years. In his spare time, “Stovepipe,” as he was affectionately known to his close friends and family, was an avid golfer and enjoyed playing billiards and tinkering in his woodworking shop. He also had a great love of cooking which he passed on to his daughter, Kelsey.

In addition to his loving wife Kathleen, Mr. Stahovec is survived: by his daughter, Kelsey Kilmer and her husband Joseph of Hillsdale; his stepdaughter, Tisha Rothvoss of Copake Falls; three grandchildren, Karly Rothvoss of Ghent and her companion, Eric Shutts, Brody Rothvoss of Ancramdale and Emiley Najdek of Copake Falls; two great- grandchildren, Lucille and Thomas Shutts of Ghent; three sisters, Sally Swanson of Canaan, CT, Leah Procopio and her husband Vincent of Manahawkin, NJ, and Judy Loucks and her husband Robert of Sharon, CT. In addition to his parents, he was predeceased by his brother, Gene Stahovec and his sister, Faye Stahovec.

Calling hours will be held Saturday, November 27, 2021 from 10 a.m. to noon at the Scott D. Conklin Funeral Home, 37 Park Avenue, Millerton. A funeral service will take place at noon at the funeral home. Pastor William Mayhew will officiate. Burial will be private. Memorial contributions may be made to Hudson Valley Hospice, 374 Violet Avenue, Poughkeepsie 12601. To send an online condolence visit www.conklinfuneralhome.com

Born January 21, 1933 on Long Island, he was the son of the late William McGee and Catherine (Yoepp) Dennis. “Bill” was a U.S. Army veteran and the owner/operator of Bill’s Service Center in Niverville for many years. He was a life-member of the Niverville Fire Department and former captain of their fire police. He was a member of the Kinderhook Elks Lodge #2530.

Funeral Services and calling hours will be private for the family. Burial will be in Long Island National Cemetery. Arrangements are under the direction of the Raymond E. Bond Funeral Home, Valatie. 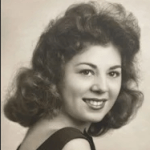 CLAVERACK—Jeanette “Jean” Patella, 89, of Claverack passed away November 18, 2021 in the comfort of her home with her family by her side.

Born October 23, 1932 in Brooklyn, she was the daughter of Anthony and Constance (Fallica) Commegna. Her career was as a dental assistant in Brooklyn. She loved music, especially Nat King Cole. She enjoyed sharing her singing talents during sing-a-longs at Whittier Nursing Center in Ghent. She enjoyed all types of crafts, and was an accomplished oil painter and sketch artist. She and her husband, Gene, were very active in the People’s Bible Church. Together they enjoyed Bible study, and Mrs. Patella was very passionate about ministry to those incarcerated.

Funeral services from the Bates & Anderson-Redmond & Keeler Funeral Home, Hudson were November 22. Interment was in St. Patrick’s Cemetery in Catskill. In lieu of flowers, memorial contributions are encouraged to be made to the People’s Bible Church. 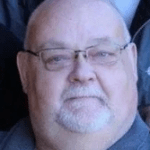 POUGHKEEPSIE—Ernest “Ernie” C. Hover, Jr., 64, of Claverack passed away November 18, 2021 in Poughkeepsie, following a short illness, with his wife and daughter by his side.

He was born in Claverack to the late Ernest C. Hover, Sr., and the late Helen M. Hover. He was predeceased by his sister, Vanessa Slominski and is survived by: his sisters, Carol Miller of North Carolina and Marcia Vchulek of Pensacola, FL. He will be dearly-missed by his wife of 45 years, Theresa A. Hover; daughter, Ashley M. Hover (Daniel Wiessner); granddaughter, Destiny; son, Ryan Hover of Danville, Kentucky (Kelsey Hover). He was most proud of being “Pop Pop” to Destiny, who was the light of his life. He was an avid dog lover and enjoyed nothing more than watching his dogs Roscoe, Jackson and Toby play together.

A private memorial ceremony will be held by his family. In lieu of flowers, donations may be made to the Columbia-Greene Humane Society, 111 Humane Society Road, Hudson 12534. Arrangements are with the Bates & Anderson – Redmond & Keeler Funeral Home, Hudson. Visit www.batesanderson.com to leave condolences. 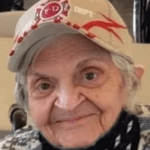 She was predeceased by her parents, Frank and Margaret Lombardo; sisters, Gloria Lorenzo, Judy Young and Joyce Tempe.

A 50+ year member of the Churchtown Fire Company, Ms. Busa cooked for many events and was famous for her venison stew at the wild game dinners. She worked as hostess for many years at the Rigor Hill Diner, where she met many celebrities. As an avid Yankees Fan, one of her greatest thrills was meeting George Steinbrenner and getting an autographed team hat. 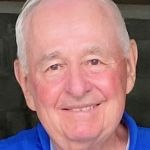 He was born December 13, 1942 to Winston and Helen Burt in Albany. At Guilderland High School, he thrived in chess club and excelled in track and field, graduating in 1961. Prowess in billiards led him away from a traditional academic route at the University of Albany. He embarked on a long and satisfying career at the New York State Department of Taxation and Finance, retiring as director of computer operations.

One night at local hangout, Ralph’s Tavern, Mr. Burt found out how cosmically lucky he was. He met a dynamic and vivacious young teacher named Ellen Snyder. She dazzled him with her infectious laugh, enthusiasm, and love of sports. Her easy-going nature cemented his love for her, complimenting his own practical sensibilities. After an extended courtship, they wed July 31, 1971 in Newport. They settled in Valatie and raised two children together. They shared a wide-ranging circle of friends and loved to entertain at their home. Mr. Burt delighted in making his wife happy for the next 50 years.

As a young man, he discovered a natural aptitude for golf and loved its mental and physical challenges until the end of his life. He possessed an uncanny ability to recall every missed putt and enjoyed recounting each round at the 19th hole with his many friends. He loved playing in annual family tournaments, a combination of his two favorite things. He also accompanied his son and played some of the finest courses in the world.

He organized and ran the Over the Hill Hockey Club for 35 years. Every Friday night in the colder months, he and his fellow over-40s laced up their skates and shed the stresses of the week. Other nights, he cooked delicious dinners for his family and always on the lookout for new meals to try. Every holiday season, he prepared amazing feasts and left behind a treasure trove of recipes.

Being the eldest of nine in a blended family, he shouldered many responsibilities growing up. His vigorous slate of activities were always secondary to his family. He coached, transported, and encouraged his children to explore their interests in sports, dance, art, and anything else they liked. He thrilled in taking his family on countless trips—on one memorable trip out west, he showed his children the beauty of the country from the Grand Canyon to the Redwoods.

The greatest gift he imparted to Win and Mandy was of his own example. He had a steel core of integrity and belief in doing the right thing.

In lieu of flowers, send donations to the American Stroke Association.

Viewing hours will be held Tuesday, November 23 from 5 to 7 p.m. at the Raymond E. Bond Funeral Home, 1015 Kinderhook Street, Valatie. There will be an opportunity to share memories at 7 p.m.