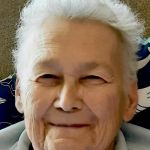 ALBANY—Deborah A. Hannett of Hudson went home to be with the Lord, Jesus Christ, November 8. She was born August 2, 1951, a daughter of Robert and Shirley (Kinnicutt) Williams of Valatie.

She attended Ichabod Crane Central School and graduated in 1969. She attended SUNY at Albany, earning a Bachelor of Arts Degree in 1973 and a Master of Science in 1977, obtaining permanent certification to be a public school teacher of Spanish and French, grades 7 to 12. After obtaining her master’s degree, she worked for the Department of Social Services as a case worker.

In 1978 she married Louis N. Hannett. After the birth of her first son, she devoted her time to being a full-time homemaker. The Hannetts raised four children in Greenport. As her children attended elementary and middle school, she worked as a volunteer for PTO, book fairs, Santa’s Secret Shop, volunteer teacher’s aide, field trips, and in the middle school library. She was also a troop leader for the Girl Scouts. She was a member of the First Reformed Church in Hudson, and frequently visited Solid Rock Church in Glenmont with her children. She was a generous supporter of multiple charities.

Mrs. Hannett was predeceased by her parents.

She enjoyed life and was a lover of the simple things. She loved spending her days with a warm blanket and a cup of tea reading a book, visiting with family or completing elaborate jigsaw puzzles. She loved her husband of 43 years, Lou and enjoyed their time together having weekly date nights. She loved to shop, not for herself, but to get gifts for family and friends. She adored animals and could be seen buying nuts and treats for the many squirrels, birds and chipmunks that lived in her yard. She acknowledged the birthdays of every pet in the family, including grand dogs. She loved the Lord and spent time in devotion daily and thanking Him for all she had. She loved all her family, those here and gone, but in life her greatest joy was being a mother and grandmother. Despite how old her children got, she never stopped her loving tendencies towards them, and it spilled over to her grandchildren. She was fondly referred to as “Grandma” and her house was a favorite place to go. Her kindness and generosity spread beyond family to others who entered her life, and for many of her children’s friends she was fondly referred to as “Mom.” She will be greatly missed by all she left behind “but is being celebrated as a triumphant victory in heaven.” Calling hours will be at the Raymond E. Bond Funeral Home in Valatie, Sunday, November 14 from 5 to 8 p.m. A memorial service will be held at the First Presbyterian Church in Valatie, Monday, November 15 at 11 a.m. Interment to follow at cemetery. 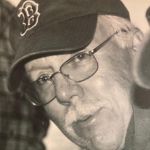 HILLSDALE—Thomas Charles Every of Hillsdale passed away peacefully November 11 at the age of 74.

“Tom” was born March 25, 1947 in Hudson to the late Charles Every and Ruth Goodermote Every.

He was a graduate of Chatham Central School class of 1965. After high school, he served four years in the U.S. Navy (1966 to 1970.) Stationed in San Diego, California, he served on the U.S.S. Ingersoll during the Vietnam War. After his military service, he attended Long Beach City College in Long Beach, California. He graduated from Hudson Valley Community College with a degree in civil engineering in 1973. He worked as the director of the Catskill Housing Authority for 30 years. He also worked as a skilled carpenter and mason on weekends.

He was an avid outdoorsman, enjoying hunting and fishing. Mr. Every also coached area Little League in the 1980s and 1990s.

He is survived by: his wife, Maria; three children, Sarah Every, Erin Mulrein (Bill Mulrein), Gabriel Every and grandchildren, Tyler Mulrein and Madelyn Mulrein.

There will be no calling hours. Arrangements are with French, Gifford, Preiter and Blasl Funeral Home. Donations may be made to Hospice of Columbia Greene, 47 Liberty Street, Catskill 12414. The family thanks the Columbia Memorial Hospital staff of the ER, ICU, 4th and 6th floors. Special thanks to Jen, Whitney and Nancy for all your support. Condolences may be conveyed at frenchblasl.com. 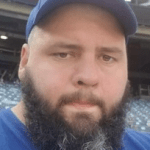 He was born in Troy, the son of Rosemary A. (Houser) Hubbard and the late Warren Hubbard.

He was a truck driver for 16 years, most recently with Cedar Hill Trucking.

He played football in high school for Columbia, he was a devout Giants fan, he was an avid hunter, and gun enthusiast and most importantly a beloved father, husband, son and uncle.

Relatives and friends may call Monday, November 15, 2021 from 4 to 7 p.m. at the Wm. J. Rockefeller Funeral Home Inc., 165 Columbia Turnpike, Rensselaer. The funeral service will follow at 7 p.m.

In lieu of flowers, memorials may be made to a charity of the donor’s choice.