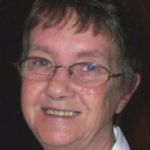 CHATHAM—Louise C. Sitzer, 79, of Chatham passed away peacefully November 2, 2021 with her family by her side.

Born June 11, 1942 in Chatham, she was the daughter of the late George Stupplebeen and Frances Leible.

She was predeceased by her sisters, Marjorie, Emma, Cora and brother, George.

She was employed by the Chatham Central School for 41 years as a food service worker, retiring in 2004.

She was a devoted wife to her husband, Carl of 62 years; loving mother to John Sitzer (Julie) of Valatie, Ken Sitzer (Jen) of Chatham; a loving grandmother to Kayla Sitzer (Robert) of Valatie and Tiffany Sitzer (Bobby) of Kinderhook. She also leaves a sister, Mable Keever of Illinois and several nieces and nephews and her beloved cat, Misty.

She enjoyed spending time with her friends and family, “doing ceramics, cooking, racing and ducks!”

Calling hours for friends and family will be at the French, Gifford, Prieter & Blasl Funeral Home, 25 Railroad Avenue, Tuesday, November 9 from 4 to 7 p.m. with a memorial service from 6:30 to 7 p.m.

In lieu of flowers, donations may be made to Chatham Rescue Squad. Condolences may be conveyed at frenchblasl.com.

CLAVERACK—Julie Zapp, 73, of Claverack passed away Saturday, November 6, 2021 surrounded by her loving family. Visitation at the Bates & Anderson-Redmond & Keeler Funeral Home will be Thursday, November 11 from 11 a.m. to 1 p.m., followed by funeral prayers at 1 p.m. 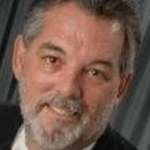 He was raised in Germantown and Valatie, the son of Henry and Jeannette (Williams) Tator.

“Dave” was a sales representative for Nabisco for 26 years before retiring. He played the guitar, loved the open mic and ran his own DJ business.

He was a huge fan of football, especially the Patriots, but most of all he loved life and loved to spend it with his family. He was devoted to his addiction recovery and knew he couldn’t keep what he had, unless he gave his love and experience to others. This community became his second family of friends.

In addition to his parents, Mr. Tator was predeceased by his siblings, Daniel and Nancy Tator

Friends and family are invited to his calling hours Thursday, November 11, 4 to 7 p.m. at the Wm. J. Rockefeller Funeral Home Inc, 165 Columbia Turnpike, Rensselaer. The funeral service will be held November 12 at 11 a.m. at the funeral home. In lieu of flowers, memorials may be made to the Albany Rescue Mission, 259 South Pearl Street, Albany 12202 or the Center for Disability Services, 314 South Manning Boulevard, Albany 12208. Visit the calling hours via zoom at

He was born August 23, 1969 in Hudson. After high school he served in the United States Marine Corps. He then began his career as a deputy sheriff with the Columbia County Sheriff’s Office.

He was a loving son, husband and father and will be greatly missed by: his wife, Fulgencia (Safran) Roberts at home; his mother, Sheila Roberts; sons, Jayden and Tristin Roberts; daughters, Tristina, Adriana, Niya and Hillary Roberts, and brothers, Shawn and Adam Roberts.

Calling hours will be Thursday, November 11 from 2 to 6 p.m. at the Sacco Funeral Home, 700 Town Hall Drive, Greenport. Funeral services will be held Friday, November 12, 11 a.m. at the funeral home with full honors. Burial will follow in Cedar Park Cemetery.

He was born October 14, 1927 to Albert Paul Ginouves, an accountant, and Consuelo Clarise Parga Ginouves, a nurse, in Bergenfield, NJ. He spent his early youth in Bethlehem, PA. The family later relocated to Brooklyn, where he attended Bishop Loughlin Memorial High School, a Christian Brothers school.

After his graduation in 1945, he enlisted in the Army Air Corps. Aptitude testing discerned his ability for codes and led to training in cryptography. Stationed initially in IL, he later shipped off from the west coast to serve on Kwajalein Atoll in the Marshall Islands.

Post-discharge, he matriculated at Sampson College, which was one of the many temporary colleges set up for the great influx of servicemen returning to civilian life. He was subsequently accepted to St. Louis University Medical School in St. Louis, MO.

During the war years, he met Mary Rita Mach of Queens, while she was working at the Carl L. Norden defense plant in New York City. A courtship ensued, and during his first semester of medical school, he returned to Brooklyn to wed his sweetheart, December 26, 1950 at St. Aloysius Catholic Church in Queens. They left by rail for St. Louis that same night. The years spent in medical school were lean, with Mary supporting them by working as a bookkeeper.

He was recognized for high academic achievement and elected to Alpha Omega Alpha, the National Medical Honor Society, prior to his graduation in 1954. An internship, fellowship and residency at Albany Medical Center, Albany, culminated in his appointment as that institution’s first chief resident.

Board-certified in Internal Medicine, his medical practice in Hudson spanned three decades, 25 years of which he was also the physician for the Firemen’s Home of the State of New York. He also served as chapter president of a New York State branch of the American Heart Association.

He is survived by: Mary, his wife of 70 years; his children, Paul (Gwen Francis) of Saratoga, CA, Edward (Gina) of Cedar City, UT, and Mary Elizabeth Ferguson (Richard) of Malta; three grandchildren, Jonathan, Jeffrey and Devin.

He was a man who was endlessly generous to so many, with nary a need for acclaim; a personification of Winston Churchill’s assertion that “We make a living by what we get, but we make a life by what we give.” 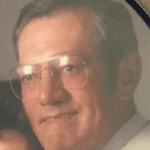 ALBANY—Earl E. Dingman, 94, of Mellenville died peacefully at Albany Medical Center November 8, 2021 with his two daughters by his side.

He was predeceased by his wife of 64 years, Catherine “Kitty” Pozza Dingman.

Known as “Ding” to friends and family, he was born December 13, 1926 to the late Earl Dingman and Beulah Laraway Dingman. He served in the U.S. Army during World War II and worked as a laborer before finding a fulfilling career in construction with Kilby Bros. of Albany. Nicknamed “the Professor” by some of his co-workers, he was a self-taught and accomplished surveyor and blaster. As a foreman, he was responsible for the site work during the building of SPAC and Colonie Center.

He became an avid golfer after retiring from Kilby Bros., and for many years he and Kitty could be found daily at Undermountain Golf Club. He enjoyed reading, woodworking, bowling and billiards, and playing pinochle and dominoes. He was a loyal Yankees fan. After Kitty’s death in 2010, he continued to attend “family Sunday” at the homes of his daughters, with grandchildren and great-grandchildren in attendance. These Sundays were so special, and will be remembered fondly by all.

Mr. Dingman was predeceased by: his sisters, Shirley, Beulah, Jan and Doris and by his dear companion of later years, Patricia Moseley. He is survived by: his brother, Donald; his son, David (Barbara) Dingman; daughter, Lynn (Larry) Lohman; daughter, Joyce Zurenko; grandchildren, Diane, Laurie, Lauren, Cheryl, David, Meghan and Carrie; and 10 great-grandchildren. He was an important part of all their lives and delighted in keeping up with their activities. He will be dearly missed.

Visiting will be Saturday, November 13, 2021 from 1 to 3 p.m. at the Sacco Funeral Home, 700 Town Hall Drive, Greenport. An Army Honor Guard Ceremony will be at 2 p.m. Contributions in his memory are requested to: Greenport Rescue Squad, 3 Newman Road, Hudson 12534.