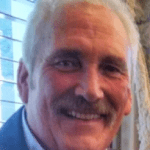 Born April 28, 1953 in Little Falls, he was the son of the late Floyd and Evelyn Harkins. “Sam” graduated from SUNY New Paltz with a business degree.

In addition to his beloved wife, Arleen of Red Hook, he is survived by: his cherished daughter, Blythe Harkins of Red Hook; his sister-in-law, Dr. Karen Garelick of Red Hook; countless diner regulars, golf buddies, colleagues, and friends.

Mr. Harkins and his wife are the longtime proprietors of the famous—Historic Village Diner in Red Hook. Having worked side by side for almost 40 years at the diner, they were true partners in everything in life.

He was the former code enforcement officer for the Village of Red Hook and the current CEO for the towns of Clermont, Germantown, Milan and Livingston.

An avid golfer, he was a decades-long member of the Red Hook Golf Club and a faithful participant in the Tuesday Night Supper Club. He also served on the RHGC Board of Directors and was past president. Mr. Harkins was an original member of the Hourihan Challenge Cup—a golfing society consisting of members of the RHGC versus Hourihan Golf Society in Ireland. The Ryder Cup-style matching that he took part in over the last 20+ years, created many great friendships and memories.

Memorial donations may be made to the House for Dogmanity, 385 Foxhall Avenue, Kingston 12401.

Born December 21, 1939 in Jamestown, he was the son of Frederick and Mary (Moran) Kibler. He is survived by: his two sons, Daniel and Michael Kibler and his sister, Peggy Kibler.

In addition to his parents, he was predeceased by his siblings and his wife, Carolyn (Nelson) Kibler. 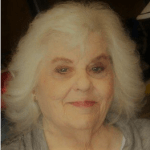 She was born in Massena, December 27, 1931 to the late Margaret Chaszer and Charles Krywanczyk. She graduated from Massena Central School District in 1950.

She married Kenneth J. Shea in Queensbury, June 17, 1952. She worked at many places during her lifetime. She started at Alcoa, then went to Michael Hoffman Publisher, Thomas Waller—president of Belmont Racing Association, John Barrymore Girls Center/Division for Youth, Robert C. Parker School and the Harlem Valley State School. She retired from Lake Katrine Neighborhood Road House. She had patience and a heart that welcomed everyone.

She was predeceased by her husband, Kenneth J. Shea and her two sons, Kenneth J. Shea, Jr., and Kevin T. Shea; four brothers, John, Mike, Joe and Alex Krywanczyk; a sister, Mary Agresta and a granddaughter, Fury A. Shea-Freeman.

Donations made be made in Mrs. Shea’s memory to the SPCA, 11 Humane Society Road, Hudson 12534 or to the charity of one’s choice.