HUDSON—Robert A. Occhibove, Sr., 92, of Hudson died peacefully in his home with his family at his bedside.

Born in Hudson September 24, 1929, he was the son of the late Anthony and Delia (Zelskie) Occhibove. After high school, he served in the U.S. Army during the Korean War as an MP. He was later employed with the NYS Bridge Authority in Catskill as a toll collector. He was a life-member of the Hudson Elks Club #787, Hudson American Legion #1314 and the Hudson VFW. He was also a life-member of the Washington Hose Company and was an avid Yankee fan and enjoyed watching boxing. He also enjoyed singing.

Calling hours will be held Wednesday, December 22, 2021 from 11 a.m. to 1 p.m. at the Sacco Funeral Home, 700 Town Hall Drive, Greenport. Funeral services will begin at 1 p.m. at the funeral home with the Reverend Winston Bath officiating. Burial will be in Cedar Park Cemetery.

Mrs. Mackey graduated from Columbia-Greene Community College in 1970 and was active member in the community. She was employed for many years at Herrington’s Lumber in Hillsdale. Besides her parents, she was predeceased by her husband of 46 years, Thomas G. Mackey (2019). She is survived by: brothers, Michael Goodwin and his wife Anne, Glenn “Bud” Goodwin, Jr., and his wife Patricia; sisters, Cathy Goodwin and Karen Southard and her husband Bryan.

She is also survived by nieces, nephews, and great nieces and nephews.

A private funeral service will be held from the Wenk Funeral Home, 21 Payn Avenue, Chatham. Interment will be in the Ghent Union Cemetery. Memorials may be made to the Valatie Rescue Squad, 35 State Route 9H, Valatie 12184. For online condolences visit wenkfuneralhome.com. 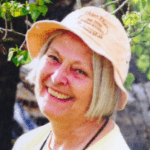 She was born in NYC and grew up in Brooklyn. She attended Mount Holyoke College, graduating in 1956.

She traveled to Europe by ship on a Fulbright Scholarship, and returned with a 1956 Volkswagen for her mother. She attended Columbia University, where she earned her MD in pediatric neurology. She retired from Washington University, St. Louis, as a professor of medicine in 2003.

Dr. Deuel-Snyder was very keen on adventure and led many Sierra Club treks into the Arctic, where she and her co-adventurers made advancements in the study of global ice melt.

Her positive, upbeat demeanor was unmatched, and her love for children, and all humans cannot be understated. She was a devoted member of the Episcopal Church, where her father was a minister, and she continued, with husband Dale to play music at venues throughout the area.

She is survived by: her husband, Dale Snyder of Canaan; her son, Thomas Deuel of Seattle; her daughter, Katie Deuel (Dwight) and grandkids, Jasper and Kintla of Missoula; brother, Theo and sister, Marqurite. She was preceded in death by her daughter, Julia in 2020.

Born March 15, 1937 in Pittsfield, MA, she was the daughter of the late Maurice (Bus) and Anne Callahan O’Connell.

She was a graduate of Chatham High School. She worked for many years at Delson’s in Chatham and later retired from NYSDOH. She was actively involved for years with the Chatham Little League and was a member of ECFD Ladies Auxiliary.

She was predeceased by: her daughter, Marcella; her sister, Maureen and her grandson, Jacob.

Family will receive friends Tuesday, December 21 at the French, Gifford, Preiter & Blasl Funeral Home, Chatham, from 4 to 7 p.m. A Mass of Christian Burial will be celebrated Wednesday, December 22 at 10:30 a.m. at Saint James Church. Interment will follow in St. James Cemetery.

At her request, donations may be made to the Morris Memorial, Chatham in lieu of flowers. Condolences may be conveyed at frenchblasl.com. 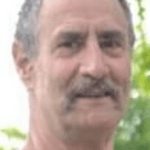 Born May 29, 1952 in Mount Vernon, he was the son of the late Nicholas and Dorothy (Kraus) Casucci.

He worked his whole life as a mechanic for Local 137, most recently for Blackburn, Inc. in Elizaville. He enjoyed camping with his family, he was a jack-of-all-trades who could fix anything and was always willing to help people.

He was a former longtime member of the Milan Fire Department.

In addition to his loving wife of 47 years, Jennifer Casucci, he is survived by: his children, Jennifer (Stephen) Shumsky of Claverack and James (Megan) Casucci of Gallatin; his loving grandchildren, Ali, Kirsten and Mia Shumsky, Kairi, Aria, Harley and Linkin Casucci; a sister, Karen Turner of Hopewell Junction; extended family and friends.

A sister, Diane Casucci, and a brother, Nicolas Casucci, Jr., predeceased him.

Funeral services and interment will be private.