HUDSON—Maxine “Pat” Perry, 72, of Hudson, a loving mother and grandmother, was called home to the Lord after a brief illness, Tuesday, November 30, 2021 at Columbia Memorial Hospital.

Born in Pahokee, FL, October 10, 1949, she was the daughter of the late Edgar and Mable (Atkins) Hooper.

She was a machine operator for Becton Dickinson Medical Supplies in Canaan, CT, for many years before her retirement. She was a woman of strong faith and a devoted member of the Holy Temple Church of God in Christ in Hudson.

HUDSON—Patsy R. Cordato, 87, of Hudson died peacefully Tuesday, November 30, 2021 at Columbia Memorial Hospital. Born in Hudson November 20, 1934, he was the son of the late John and Molly (DeJoy) Cordato. He served honorably with the U.S. Navy during the Korean War. He then went on to work with the U.S. Postal service and was the Craryville postmaster until his retirement after 25 years. He was a devoted husband, father, grand- and great-grandfather. He was a member of the Full Gospel Businessmen’s Fellowship Intl., and hosted weekly prayer meetings in his house since the 1970s.

He will be greatly missed by: his wife, Violanda (Doto) Cordato; sons, Gerard B. (Laurie) Cordato, Mark (Mary) Cordato; grandchildren, Caleb (Amanda), Heather, Brianna and Rachel, as well as, great-grandchildren, Brayden, Blake and Mason. He was predeceased by brothers and sisters, John and Joe Cordato, Matilda Shook, Anna Houghtaling and Magaret Chewning.

There are no calling hours. Burial will be private in Cedar Park Cemetery. Arrangements were with the Sacco Funeral Home, 700 Town Hall Drive, Greenport. 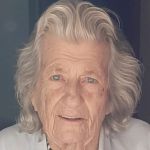 CHATHAM—Adeline Ostrowski, “Mrs. O,” 93, passed away peacefully November 30, 2021. She was the daughter of the late Arthur and Carrie Howard. She was predeceased by her sister, Dorothy (Howard) Ostrowski, and her loving husband, Stanley Ostrowski.
A lifetime Chatham resident, she was formerly employed as a secretary with an Albany insurance company and as a courier for the Chatham Central School District.

She received her most pleasure from spending time with her family and manicuring the hilltop residence. She was happiest while mowing her lawn.

She is survived by: her children, Sharon Ostrowski Deck, Sheila Gardella (Tony), and Sherry Nichols (Karl); her grandsons, Christopher Deck (significant other, Ashley) and Derek Gardella (Alexia); sister-in-law, Mary Farley; several nieces and nephews; and many extended family members.
The family gives special thanks to Evergreen Commons for the attention, care and friendship Mrs. Ostrowski received.

Friends and family are welcome to celebrate her life Friday, December 10, noon to 2 p.m., at the Wenk Funeral Home, 21 Payn Avenue, Chatham. Burial will follow in the Chatham Rural Cemetery.

HUDSON—Mary M. Barringer, 98, of Hudson died peacefully Friday, December 3, 2021 at the Firemen’s Home in Hudson. Born in Hudson April 3, 1923, she was the daughter of the late John and Emma (Toth) Pulver.

She was a homemaker and also worked for many years throughout Hudson for Kadin Bros, Candy Lane Factory, the Textile plant making rubber rafts and Hudson Cold Storage. She was also an active member of the Washington Hose Ladies Auxiliary, American Legion and VFW. She was predeceased by her beloved husband, Herbert A. Barringer in 1993. She is survived by: her daughters, MaryBeth and (Terry) Reutenauer of Hudson; Lisa M. (Jon) Bogardus of Stockport and her grandson and his fiancee, Justin Bogardus (Kari Mann); many nieces and nephews. In addition to her husband, she was predeceased by brothers, John and Joseph Pulver and her sister, Margaret Cordato.

Calling hours will be Wednesday, December 8, 2021 from 10 a.m to noon at the Sacco Funeral Home, 700 Town Hall Drive, Greenport. Funeral services will begin at noon with Rev. Winston Bath officiating. Burial will follow in the family plot at Hudson City Cemetery. Memorial contributions in her name are requested to the Firemen’s Home, 125 Harry Howard Avenue, Hudson 12534.

He was born in Boston, October 29, 1948 to Joseph and Jean (Morrison) Antell. He spent his childhood in Weston and Cape Cod. He studied at Fairleigh Dickinson University and New England School of Law.

Mr. Antell was appointed an assistant district attorney in the Suffolk County District Attorney’s Office (circa 1975) served in both the Major Violators Division and the Grand Jury Division. His interest, enthusiasm, dedication and sense of humor, had no bounds. There was no task too menial, too time consuming, too difficult or too complicated for him. His reward was the opportunity to work with experienced professionals and learn from them.

With the change of administration, (circa 1979) Mr. Antell left the District Attorney’s Office. He was appointed as a senior staff attorney in the City of Boston, Office of Corporation Counsel, where he represented the City of Boston and served as a trial attorney responsible for civil rights, personal injury, contract, eminent domain and real estate tax cases. After several years as chief of litigation, assistant corporation counsel, Mr. Antell left and opened his own private law office at 140 Newbury Street in Boston. With his vast experience, in both criminal and civil litigation, Antell & Associates is where he made his mark as a trial lawyer. He cared deeply about Newbury Street, Back Bay and served as a vocal advocate for their businesses and residents. He served as a member of the Ancient & Honorable Artillery Company of Massachusetts.

In 2000 he and his wife purchased a scenic parcel of farmland in Ancram. There they developed the property together and built a magnificent home and farm, which they named Two Arrows Farm. His time at Two Arrows with his wife and their three dogs brought him unparalleled peace and joy. On December 4, 2021 at 73 years old, he passed away peacefully in his bed at Two Arrows surrounded by his wife and dogs.

Viewing hours in Massachusetts will be held Thursday, December 9, 2021 from 4 to 7 p.m. at Ernest P. Caggiano & Son Funeral Home, 147 Winthrop Street in Winthrop. Viewing hours in New York will be held Saturday, December 11, 2021 from 2 to 4 p.m. at Peck and Peck Funeral Home, 8063 Route 22 in Copake. A Mass of Christian Burial will be celebrated Friday, December 10, 2021 from 10:30 a.m. at Saint Cecilia Parish, 18 Belvidere Street in Boston, MA. He will be laid to rest at a private family burial at Two Arrows Farm at a later date.

HUDSON—It is with great sadness that her family announces the passing of Edith M. Knott, November 25, 2021, one day after her 94th birthday.

She lived her entire life in the Hillsdale/Copake area. She was an accomplished seamstress making everything from doll clothing to wedding dresses. She was a kind soul who touched the lives of everyone she came in contact with. She enjoyed music and singing, wordfind puzzles, and cardinals and hummingbirds. Her greatest joy was her family. She was involved with many of her grandchildren’s activities including Boy Scouts and Little League. Left to cherish her memory are: her two daughters, Sandra Rivenburg and Deborah Wilde; grandchildren, Randy and Scott Rivenburg, Amanda Weaver, and Jeffrey and Eric Knott; eight great grandchildren; one great-great granddaughter; a sister, Joyce Gabe and several nieces and nephews. She was predeceased by her husband, Harry Knott and sons-in-law, Hank Rivenburg and Darrell Wilde. Memorial services are being planned and will be announced. Her family thanks the entire staff, especially wing 1 at Ghent Rehabilitation and Nursing Center for the compassionate care throughout her time there. Arrangements are with the Bates & Anderson – Redmond & Keeler Funeral Home, 110 Green Street, Hudson. Visit www.batesanderson.com to leave condolences.

She retired from NY Tel/Verizon in 1991 after 32 years of dedicated employment. She was a member of the Red Hat Society of Columbia County and Fort Meyers, FL; PALS of Albany; and the Telephone Pioneers of America. She loved angels, butterflies, birds, reading, gardening, quilting, working with stained glass, collecting stamps and coins, traveling, donating her time to local charities and her mid-life red Corvette.

Her family thanks the nursing staff at Ghent Rehabilitation and Nursing Center, who cared for her with patience and kindness and made her comfortable during her transition into heaven. Special thanks to Tonya who treated “Ruthie” like she was her own family member.

Services are private at the convenience of the family.