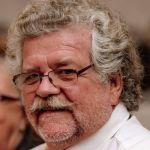 He was born to the late Otis W. Proper and Lorraine (Hume) Proper, January 27, 1957 in Great Barrington, MA.

After graduation from high school, he married his high school sweetheart, Teri S. Miller, April 2, 1977. They raised their four children in the Town of Copake.

He had a passion for cooking, grilling and smoking meats on his homemade smoker in the backyard. He also worked with many organizations on fundraising events over the past 40+ years. One of his favorite fundraisers was the Taconic Hills Dollars for Scholars Burger/Laverack Annual Alumni Soccer Game & Barbecue, which his whole family helped out with, and all of his children played in.

He was employed as a bartender for Morandi’s Restaurant and Bar in Hillsdale until September 1977 when he became a New York State Licensed Insurance Agent for Mutual of Omaha Insurance Company where he worked until January 1979.

Following his 30 years of employment with the town highway department, he accepted the position of superintendent of buildings and grounds for the Taconic Hills Central School District where he worked from March 2, 2008 to January 27, 2012.

At the age of 16, he began his community volunteer efforts when he joined the Craryville Fire Department in 1973, and worked his way up to the rank of first lieutenant during his seven years of service.

He joined the Community Rescue Squad at the age of 18 in 1975 and held the offices of treasurer, first lieutenant, Explorer Post 1160 advisor, and member of the Board of Directors.

Mr. Proper joined the Copake Volunteer Fire Department at the age of 23 and held the offices of vice president, treasurer, member of the Five Alarm Caterers, member of Board of Directors and lifetime member. In recognition of his years of service to the department, he will be buried in his fireman’s uniform and will be honored with a Fireman’s Funeral Ceremony.

In 1983, he became secretary/treasurer of the Board of Fire Commissioners and later held the position of fire commissioner and deputy treasurer.

He was a frequent supporter of community youth sports programs. He organized the food concessions stand for the Roe Jan Youth Soccer Program for three years.

He served as coach of the Copake Little League team for 10 years, and also held the administrative positions of treasurer and member of the Board of Directors of the Roe Jan Little Association.

He was a member of the Copake Parks and Recreation Commission and park superintendent of the Copake Memorial Park. In 2010, the Town of Copake named the new park building the “Lawrence O. Proper Community Park Building” in honor of his years of dedicated service to the park.

In addition to his other municipal duties, he served as person- in-charge of the town’ Williams Cemetery.

An avid hunter, he was a third generation member of Deer Run Lodge, Inc., following his father, Otis, and his grandfather, Myron, who were both founding members.

Food donations for the gathering following the funeral can be dropped off at the Copake Fire Department building prior to the memorial service Monday, December 6.

A memorial scholarship fund is being established to honor Mr. Proper’s many years of service to the local community. Checks may be made payable to Community Scholarship Fund (or CSF) and send to the following address: ATTN: CSF

Funeral services will be held Monday December 6, 2021 at 11 a.m. also at the funeral home.

Interment will follow in Copake Cemetery. To send an online condolence visit www.peckandpeck.net. 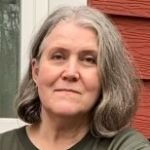 Born August 4, 1953 in Chatham to Peter and June Raup, she spent her early years in Columbia County and returned to the area in 1995 to raise her three children. She briefly attended New England College in Henniker, NH, before obtaining a bachelor’s degree from SUNY Plattsburgh. She spent several years living in the Plattsburgh area before relocating to Norfolk, VA, in the 1980s. Upon returning to Columbia County in the 1990s, she lived in Ghent before settling back in Chatham, a place she always called home.

She leaves behind: her three children, Anna, Phillippa (Pippa), and Peter; a brother, Konrad and his wife Patricia, of Albany and their children; three cats who miss her terribly, Eliot, Olivia and Sybil; and a network of families across Columbia County who became like family to her.

She loved animals, cooking, walks in nature and visiting yard sales in the community to find hidden treasures. Her greatest passion, however, was helping to raise children. She worked for many years at Family Resource Center of Columbia County and spent countless hours in the homes of local families providing childcare. She truly loved being part of so many children’s lives and providing support as families navigated early childhood.

Calling hours for Ms. Raup-Kounovsky will be held Saturday, December 11, 2021 from 3 to 5 p.m. at Wenk Funeral Home, 21 Payn Avenue, Chatham. In lieu of flowers, her children ask that donations be directed to The Community Hospice, which provided incredible care during her short illness. Donations can be mailed to 310 South Manning Boulevard, Albany 12208 or by visiting www.communityhospice.org/donate. To view her online obituary and leave condolences visit www.wenkfuneralhome.com.