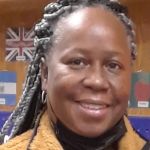 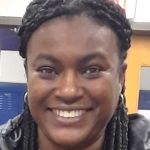 HUDSON—The Hudson City School District (HCSD) Board of Education elected Willette M. Jones as its new president and Lakia Walker as a new board member at the January 18 meeting.

The departure of now former board President Carrie Otty led to chain of other board changes. To replace Ms. Jones, who had been the board vice-president, the board elected Mark DePace, who joined the board last May. And to keep its membership up to a full seven, the board chose Ms. Walker, who had not previously served on the board.

Ms. Otty had been on the school board 10 years, a little over half of that time as president. She joined the board on November 14, 2011 and became president in July 2016. Dr. Maria L. Suttmeier, who just retired as superintendent and was serving as interim superintendent for the month, thanked Ms. Otty for her service and presented her with a travel bag to “take wherever life takes you.”

Ms. Otty thanked the board, and said of her service, “It’s been an experience and a joy.”

Ms. Jones has been on the board for five and a half years, since May 2016. She became vice-president in 2018. Ms. Jones moved to Hudson when she was two and graduated from Hudson High School in 1988. Her four children attended Hudson City schools. She has worked as a parent coordinator for Community Schools.

Mr. DePace joined the Board last May. He has owned a company that produces commercials, and since 2018 he has lived in Hudson. His son has attended Montgomery C. Smith Elementary School.

Ms. Walker said she has an MA in school counseling and has been working for Questar III BOCES for 20 years. She lives in Hudson, and her children attend HCSD schools. She acknowledged encountering people whose image of the district is not positive. But, Ms. Walker declared, “I love this school, and my kids love this school. I’m always looking at ways to improve things. Changes are coming, and I want to be part of them.”

Three other candidates for the school board opening—Kjirsten Gustavson, Katie Hardy, and Jennifer Daly—came to the meeting. Dr. Suttmeier encouraged them to run again in May, when four board seats will be up for election.

• Ms. Carter reported that the Buildings and Grounds Department is now “better staffed.” The High School pool’s rooftop condenser unit and the monitor for the boiler’s underground tank will be replaced. However, Ms. Carter noted, several auditorium lights have blown out and replacement bulbs are unavailable. Under consideration is replacing 16 of the auditorium lights with LEDs

• Assistant Superintendent for School Improvement Dr. April Prestipino announced that she has been substituting for administrators and Junior High teachers because of shortages. “This is an educational experience for me,” she said

• Business Administrator Jesse Boehme reported that school buses are now late more often than they used to be because of a driver shortage. Other districts have the same problem. Ms. Daly reported that in Kingston, where she teaches, announcements regularly include, “The bus changes for today….” HCSD Board member Selha Graham reported that in some districts, parents get reimbursed if the buses come late. Mr. Boehme said, “We haven’t reached that status yet”

• Dr. Prestipino announced that Hudson High School is re-evaluating how to welcome students for which English is a new language.

Dr. Lisamarie Spindler, who will become district Superintendent February 1, quietly observed the whole meeting while seated in the audience section.

The next meeting of the Hudson City School District Board of Education will take place Tuesday, February 1, at 6 p.m., at Hudson High School. It will be the first meeting with Dr. Spindler as superintendent and Ms. Jones as board president.

HUDSON—Four Hudson High School sports teams received Scholar Athlete recognition at the January 18 meeting of the Board of Education. They were recognized because 75% of their members have grades of 90 or higher. These teams were Varsity Golf, Girls Volleyball, Boys Soccer, and Girls Soccer.

Several team members appeared at the meeting to receive certificates. Athletic Director Sean Briscoe told them that their academic achievement was “the biggest thing, to me. You’re students first.”

Interim Superintendent Maria L. Suttmeier added, “You made us very proud to be Blue Hawks.”