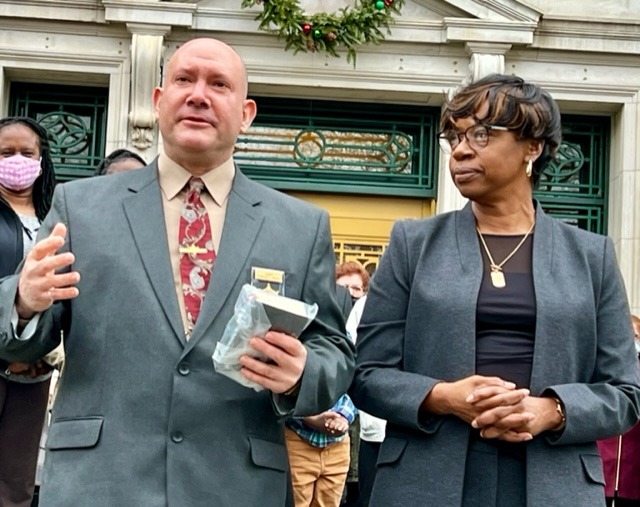 It’s official At 10 a.m. on January 1, 2022 Donald J. Krapf (l) was sworn in as the sheriff of Columbia County. Standing on the front steps of the county Courthouse in Hudson with his mother holding their family bible, county Clerk Holly Tanner administered the oath of office. Those attending included his family, friends, fellow law enforcement officers and members of the community. Sheriff Krapf’s first official act was to appoint Jacqueline Salvatore (r) as undersheriff. Ms. Salvatore was also given her oath of office by Clerk Tanner, with her brother Buck Mason at her side. In speaking to the press Sheriff Krapf said, “I would like to extend a message of gratitude. It is an honor to serve the County of Columbia in the Office of Sheriff. We look forward to working collaboratively with all county agencies and for all of the citizens of this great county.” Photo by Lance Wheeler