He was born March 12, 1954 in Suffern to the late Michael and Marion (Stengle) Demchuk.

His family moved to Ancramdale and he attended Taconic Hills Central School. He served in the United States Navy during the Vietnam years. On October 5, 1976, he married Deborah Lamont. They shared 45 years of marriage.

Mr. Demchuk was a truck driver, who began his career driving for George Hildebrant Trucking. He then went to work for Hess, Carrier and most recently M&O, before retiring. One of the best story tellers, if he got someone’s ear, he’d have them for hours talking about “back in the day.” He was very mechanically inclined and was always fixing something. From cars to things around the house, there wasn’t much he couldn’t fix. He had a helping nature and would help anyone in need. He will be missed.

He is survived by: his wife, Deborah Demchuk, his two daughters, Tristen Demchuk and Taryn Haid; his granddaughter, Aislynn Demchuk; his grand fur-babies; his sister, Helene Demchuk; many nieces and nephews.

Services will be held at the convenience of the family.

Arrangements are with the Peck and Peck Funeral Home. 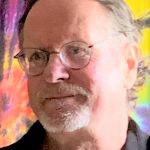 CHATHAM—William “Bill” D. Dunbar passed away at his home, Thursday, January 13, 2022. He was born in Hudson May 2, 1958 to Richard “Dick” and Marian Dunbar. He grew up in Omi and completed his senior year early at Chatham High School to pursue a bachelor’s degree in chemistry at SUNY Plattsburgh.

During his professional career, he was a research chemist and traveled abroad to setup a research branch in Brazil. He also shares a patent with collaborators in Germany.

In 2002 and 2003, with a running team in Kinderhook, he participated in a 200-mile relay race from the shadows of Mt. Washington to the Atlantic Ocean. He played backgammon via mail with his best friend for more than 20 years. He also carried on the annual tradition of jumping into the family pond every Easter. Known, for marching to the beat of his own drum, he will be remembered as a musician, eclectic gardener, writer of heartfelt notes, runner, pilot and proud father.

She was born March 29, 1934 in Greenport, daughter of Norman H. Wentworth and Truth M. Pink.

She worked as a housewife and lived in California. After her daughters graduated from high school, she used some of business skills in the working world.

She was predeceased by her parents; her brothers, Henry Wentworth and Harold Wentworth; her sister, Ruth G. Hannett and her daughter, Laura Heilman.

Arrangements are with Bates & Anderson. There will be private services for the family. 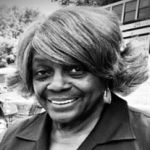 She was born to Charles Ivery and Nona Ruff Ivery in Catskill, November 30, 1943.

She was the beloved wife of Jacob “Jake” Walthour, Sr., a successful Hudson businessman, who predeceased her 13 months ago.

She was comforted during her transition to reward by her three children and a host of nieces, nephews and friends. In the end, she died just like she lived: thinking of others, putting up a fight and trusting in God. She is already missed by her family, friends, and all the people she has helped throughout her amazing life’s journey.

She came from a humble background that shaped her life and life’s work. Her mother died in 1962 when she was a senior in high school and 17 years of age. As the oldest daughter and in an act of selflessness and sacrifice, she left Catskill High School to nurture nine siblings including Robert H. Ivery, Charles Ivery, Linton, James Roy, Evelyn Ivery, David Ivery, Edna Elizabeth Ivery, Joseph Ivery and Betty Lou (Ivery) Johnson. It is often said that she became a matriarch before she became a mother.

She was conditioned by her circumstances to help others and throughout her life she took care of everyone with a confident, comforting presence. She was known for providing sage advice.

She never turned people away when in need and she would not hesitate to insert herself into other’s personal affairs. To her—everybody’s business was her business.

Her reputation for serving others gave her lasting popularity and influence in business, social and political circles in Columbia County. She was often referred to as a “Mother of the Community” as her life was a living example of human service and generosity. She used that reputation to bridge a lot of different worlds and bring attention to many local causes and injustices. Columbia County Women’s Alliance named her to its 100 Women Making a Difference in Columbia County and called her a “pillar of the African American community.”

In 1982, she co-founded Savoia Bar & Restaurant with her husband. “Mrs. B,” as she was called at the restaurant, managed the establishment for 35 years and created the multi-racial, friendly atmosphere and made it “the place to be” for locals and visitors to Hudson. Their success was a testament to her ability to get people of varying backgrounds to peacefully gather and their respect for her.

Her husband used to quip that while he was always thinking about how to make money, his wife thought about how to “give his money away.” To her, words were not often enough. Life required resources, opportunity and second chances. Whether someone needed food, bail, rent, medication, tuition or charitable donations they could depend her.

The union of Mr. and Mrs. Walthour produced one daughter, Nona Marie and two sons, Jacob, Jr. and Marcus Alger, who all survive her. She never missed a recital, concert, game, awards ceremony, childbirth, wedding, shower, or graduation. She was proud of her children and their accomplishments. However, she would not favor them. To her, her children were privileged to have two active parents as living role models, that meant that she could often focus her efforts on others who needed her more.

She treasured her grandchildren, nieces and nephews and embraced every moment with them. Regardless of kinship or title she treated them all the same. She held everyone accountable for being supportive family members and honoring the values she passed down.

Mrs. Walthour is survived by her best sister-friend of 60 years, Jacqueline Merritt who along with recently deceased sister-friend, Francis Hughes, she spoke with daily. They raised their children together and became interchangeable as mothers.

All of Mrs. Walthour’s siblings predeceased her.

Despite her long illness, her personality never changed. In the end, she was still the strong-willed, fearless and outspoken “mother of all” dispensing her love in ways that will continue her legacy.

In lieu of flowers and cards donations may be made to: Operation Unite for Youth, PO Box 1305, Hudson 12534 http://www.operationuniteny.com/

To read a complete obituary for Mrs. Walthour or leave condolences visit www.batesanderson.com

He was born in Kinderhook to Lloyd Gaylord and Kathryn Boomhower Gaylord and lived in Stuyvesant and Taghkanic as well. After marriage, “Ron” lived in Copake and worked for Sunnybrook, first driving truck then working at their feedstore. He and Marguerite settled in Greenport where they built a home and raised their family and Mr. Gaylord started his Surge milking equipment business.

He loved and was very proud of his family. He worked very hard and provided very well for them all. Over the years he enjoyed snowmobiling, building soap box derby cars, riding mini bikes, eating prunes and egg salad sandwiches with his granddaughters, rubbing his grandchildren’s backs while they were in their playpen, watching all of his grandchildren and their friends swimming, “sneaking” his “faithful companion” bagels at the breakfast table and telling a joke or two. He was loved by all.

No matter how good or bad he felt, his family was always told by care-giving staff that “it was a pleasure to take care of him.” His family thanks all staff who ever lovingly cared for him. He was a member of Hudson Widow Son’s Masonic Lodge as well as an Army Reservist from 1954 to his honorable discharge in 1962. 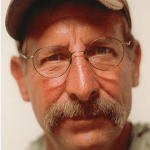 GERMANTOWN—Wade Ezzell, 63, of Germantown passed away Wednesday, January 12, 2022 at his home.

Born February 4, 1958 in Fort Dix, NJ, he was the son of the late Francis and Ethel (Hailfinger) Ezzell.

He was a graduate of Red Hook High Schools. He married Robin Moore, August 30, 1980 at St. John’s Episcopal Church in Barrytown. His wife survives at home in Germantown.

For many years, and until his retirement, Mr. Ezzell was a project supervisor and skilled carpenter for Robert Bump Construction based in Barrytown.

An avid outdoorsman, he enjoyed hunting, fishing (including fly fishing and making his own flies), scenic photography, four wheeling, skydiving, and hiking all of the Catskill mountain peaks.

He was an accomplished woodworker and furniture maker, and enjoyed working and tinkering with antique pocket watches.

A sister, Glenda Ezzell predeceased him.

A celebration of his life will be held in the spring. Interment will be private.

Memorial donations may be made to the American Diabetes Association at diabetes.org or to National Kidney Foundation. 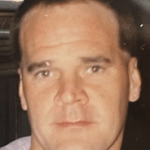 Born February 15, 1958, in Kearny, NJ, he was the son of the late John and Constance (Patterson) Halterman.

He was the third generation owner and operator of K & H Fuel Oil, based in Germantown. He loved what he did and always enjoyed the customers he came in contact with. He created many valued friendships from his work.

His favorite times were spent with his family and friends. He spent countless hours making memories with his grandchildren, nieces and nephews.

He was constantly creating adventures on his property for them and following their sports endeavors. He took great pride in the upkeep of the family property and continuing the K & H legacy with his son, Derek.

He grew up a huge sports fan and was a football star throughout high school. His favorite football team was the Dallas Cowboys. He and his sister, Doreen, shared an inseparable bond that could be seen by all who knew them. He loved his family and friends with all his heart and was the greatest son, father, grandfather, uncle and brother anyone could have.

He leaves behind his loving family: his daughter, Danielle (Gary) Short of Kingston; his son and business partner, Derek Halterman of Germantown; his sister, Doreen Kaiser of Germantown; his grandchildren, Dylan, Kendyl and Avery Short; his nieces and nephews, Amy Potts, Jimmy Potts, Joseph Kaiser, and Bethanie Kaiser; in addition to extended family and countless friends. 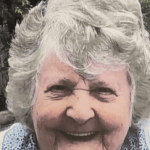 RED HOOK—Anna Scibelli, 91, of Red Hook and a longtime resident of Brooklyn passed away Sunday, January 2, 2022.

Born April 5, 1930 in Brooklyn, she was the daughter of the late Anthony and Florence (Voglio) Salatino.

Mr. and Mrs. Scibelli would often traveled upstate to Elizaville with the beautiful family they created. Elizaville became a special place for both of them. Mrs. Scibelli took great pride in raising her nine children as well as her sister, Florence and later on in life being able to care for her grandchildren.

A woman of great faith she took time to pray every day. She had a large heart and would start a conversation with anyone always leaving an impression. She loved her large family more than anything and was very proud of all her children and grandchildren. She had a smile and glow that would brighten anyone’s day.

She enjoyed watching the Mets play baseball, Hallmark Channel movies and listening / dancing to Frank Sinatra. She made hooked rugs and pillows for all her family members. She enjoyed her family, and loved to spend time with them.

In addition to her husband, she was predeceased by her sons, Pasquale Scibelli, Anthony Scibelli, Michael Scibelli and Richard Scibelli; her brother, Frank Salatino; and her sister, Lilly DiAmico.

Memorial donations may be made in her memory to the St. Jude Children’s Research Hospital.