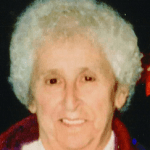 Born June 28, 1932 in Poughkeepsie, she was the daughter of the late William and Anna Mae (Butts) Heady. She married John J. Dipper. He predeceased her November 19, 1996.

Her two sons, John Dipper and Jeffery Dipper, along with several siblings, predeceased her. 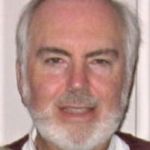 CLAVERACK—David M. Ackerman, businessman, mentor and macher, died of cancer January 21 at home in Claverack in the company of family. He was 74.

An accountant and businessman locally for more than 50 years, he was until recently principal of Karp, Ackerman, Small and Hogan CPAs, PC as well as founder, partner or shareholder in numerous other businesses.

He served as mentor to an untold number of people in businesses small and large, and always said that his goal in life was to help other people. He delighted in being known as The Macher—a Yiddish expression for a person who solves problems and gets things done. Colleagues and clients remember him as creative, protective, funny, curious, perceptive, and indifferent to public recognition for his good deeds. He was also known for not mincing words, delivering definitive judgments in a gruff but gracious way.

He had a remarkable capacity to turn everyday encounters into personal exchanges in a way that made clients, service people, and even IRS auditors into friends. Even as a medical patient he was on a first-name basis with virtually all his doctors and their staffs and was privileged to have their personal cellphone numbers.

Intrigued by technological innovation, he was an early adopter of multiple generations of Apple products and was founding partner of YouThisMe, LLC, which holds international patents on unique solutions to protect personal information in social media applications, and in data transferred between patients and doctors. He took special pleasure and pride in the accomplishments of his daughter Claire, who also served as coordinator of his medical care in recent years.

Born December 10, 1947 in Parkchester, The Bronx, on his mother’s birthday, he was the son of Sarah Meisner and Nathan Ackerman. He and his sister Harriet moved to the family farm in Greenport in 1953, where he attended Hudson City schools, graduating in 1965. He went on to receive a BS degree in accounting from the University of Bridgeport in 1969.

Following college, he joined the accounting practice of Morton J. Glickman in Hudson where he worked for the next 52 years, shepherding the firm’s growth through several name iterations, eventually opening satellite offices in Albany and Saratoga and Berkshire County, MA.

Other businesses included serving as partner of one of the first computer consulting companies in the region in the 1980s, Encore, which specialized in custom software for major corporate clients through 2017.

He also operated an insurance premium financing company, PPP, for 10 years in the early 2000s.

He met his wife Teresa Phillips in the accounting office and they married in 1975; their daughter Claire was born in 1979.

A football fan throughout his life, he was a dedicated Jets supporter. As a golfer he was a member of Columbia Golf & Country Club, where he served on the board of directors, and Seagate Country Club in Delray Beach, FL, where he maintained a second residence. At Columbia he founded the Hackerman Tuesday Golf League.

He is survived by: his wife, Terry and daughter, Claire in Claverack; sister, Harriet in Greenport; his uncle, Jack Ackerman, 94, of Delray Beach; and by numerous cousins.

A graveside ceremony was held January 24 at Cedar Park Cemetery in Hudson. A memorial service will be held at a later date. 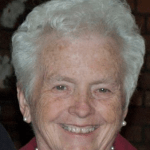 CHATHAM—Jeanne Marie (Perkins) DuBois passed away Wednesday, January 19, 2022 at the age of 85 at home from complications due to diabetes.

She was predeceased by her cherished husband of 61 years, Laurence “Larry” V.O. DuBois.

She was born in 1936 in Cayuga to parents Walter A. and Mary (McGhan) Perkins. She graduated as Valedictorian from Union Springs Central High School and garnered the Elmira College Outstanding Achievement Award among many other honors. She played with the Beacon Chicks basketball team sponsored by the Beacon Milling Company of Cayuga. She attended Mass at St. Joseph’s in Cayuga.

She graduated in 1958 with a Bachelor of Science degree from Cornell University where she majored in early childhood education in the College of Human Ecology. She met her husband at Cornell in October 1956. They were married by

Father Edward Joseph Waters at St. Joseph’s in Cayuga, August 9, 1958. While pursuing her studies she worked as business manager in the office of the Cornell Countryman, a student publication of the College of Agriculture and Life Sciences.

She was a member of the Sigma Kappa sorority and its house president in 1957 in a role that championed inclusion.

After graduation she taught first grade for a short time in the Honeoye Falls Central School District.

Mr. and Mrs. DuBois began farming on a rented farm in Mendon. They, and their two eldest children moved to Valatie in 1960 and created the successful dairy farm known as Glenrest. In 1961 she substitute taught at Ichabod

Crane. U.S. Secretary of Agriculture Orville L. Freeman visited the farm in 1966. In 1970, after selling the farm, the entire family toured Europe in a red Volvo station wagon and a six-person tent.

Mr. and Mrs. DuBois owned and operated The Milk House, initially a Stewart’s Ice Cream franchise on Church Street in Chatham from 1970 to 1984. Chatham icon Mary Dardess nominated Mrs. DuBois for Woman of the Year honors.

They were long-time subscribers and supporters of the Mac-Hadyn Theatre, housing dozens of cast and crew during the summer months over the years. She worked for many years in the MHT Box Office.

She loved to prepare, cook, and bake delicious food, whether it was an apple pie for Secretary Freeman, Jeanne’s Beans for the Mac-Haydn Sunday dinner between shows, a celebratory meal at the Milk House for one of Chatham’s winning sports teams, or a potluck birthday party for one of the “Dirty Dozen.”

She was like a second mother to many of the children in the community and beyond. She hosted Fresh Air children in 1964, 1966 and 1968. She taught her own nursery school in the DuBois home from 1965 to 1969 and later started the Three Little Pigs Nursery School on Woodbridge Avenue in Chatham. She was a Brownie Leader from 1958 to 1971, a Cub Scout helper, Girl Scout camp counselor, and helped with Boy Scout paper drives.

At Saint James Church she was the secretary of the Parish Council from 1971 to 1974, a Sunday School teacher, a member of the Altar Rosary Society, the weekly Bingo food committee, one of “God’s Helpers” in the care of linens and the sanctuary, and a member of the group that performed ecumenical care and service to the elderly and shut-ins.

She raised her children in a cosmopolitan environment by hosting foreign exchange students from Greece, Germany, Brazil, and Mexico. In the Chatham school system she worked as room mother in 1964, was the PTA president in 1965, and the school budget information drive co-chairman in 1975. She also worked on Ski Club paper drives and the Chatham High School Booster Club Awards Dinner committee.

She loved to travel and always enjoyed putting together itineraries and instructional stops including family vacations to Maine, Cape Cod, Myrtle Beach, the Canadian Maritimes, Ireland, and Europe. With her husband, she toured Alaska’s Inside Passage, took a cross country trip around the USA, and motored down a Russian river. They made several trips with the Ghent/Chatham Area Senior Citizens Club.

She was an animal lover, caring for the family dogs and cats, feeding the Glenrest birds, and talking to the deer that roamed off Shufelt Road.

Her husband called her a chief helper of wayward people, cats, dogs and birds. She was his chief decorator and change around artist. She was a “bucker-upper” to those that got discouraged including him.

Calling hours from 9 to 11 a.m. and a memorial Mass immediately following will be held Saturday, February 5, 2022 at St. James Roman Catholic Church, 117 Hudson Avenue, Chatham. A private burial ceremony will take place at the St. James Cemetery, Route 66 in Ghent.

Affectionately known as the “gentle giant” he was a graduate of Taconic Hills Central School District, class of 1990. While at Taconic Hills he was a member of the 1988 State Football Championship Team and was called the “Big Guy” by his coaches and teammates.

An animal lover, he rescued many cats and dogs in his lifetime.

Surviving besides his parents, are: his sister, Gabrielle D’Amour and her husband Chris Goldner: a niece, Kira D’Amour; several aunts, uncles, cousins and numerous friends.

A memorial celebration will be held at a later date.

In memory of Mr. D’Amour consider making a donation to the Columbia-Greene Humane Society, 111 Humane Society Road, Hudson 12534 or any rescue of choice.

Arrangements are with the Peck and Peck Funeral Home of Copake. To send an online condolence visit www.peckandpeck.net. 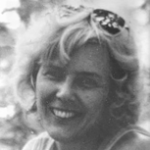 Born in Manhattan, August 6, 1928, the daughter of George Anthony Krauss and Fredericka Moersch Krauss, “Marge” moved to Copake with her brother George Krauss and widowed mother, who married Roy Jennings in 1929.

In 1946, she graduated from Roeliff Jansen Central High School and went on to marry Remo Palmo Gabaccia, raise three daughters and start a family business.

She worked as a bookkeeper/financial manager for many years, first in the family business, Krauss & Gabaccia and later at Funk & Gallup GMC earning the nicknames, “Boss” and “The General.”

She loved cooking for family and friends, helping others, knitting, sewing, carpentry, the Brooklyn Dodgers, gardening, birds, photography and nature. She was also a devoted Civil War buff.

She will be remembered for her zest for living and a phenomenal resilience. She approached every day with optimism, a smile and those twinkling green eyes.

Her greatest loves were her daughters, Linda Gabaccia of Copake Falls, Donna Gabaccia of Toronto, Canada, and the late Julie Gabaccia McKenna and her three grandsons, Flannery McKenna of Brisbane, Australia, Quinton McKenna of Philadelphia, PA, and Thomas Kozak of Fairfield, CT, to whom she was known as “Nonnie.”

She was also the proud great-grandmother to Aurelia Kozak of Fairfield, CT, and Julian McKenna of Brisbane, Australia; and loving aunt to many nieces and nephews, the Krausses, Laveracks, Shivelys and Buchingers.

A remembrance of her life will be scheduled for this summer. The family welcomes memories via www.peckandpeck.net from those who knew her. Arrangements are with the Peck and Peck Funeral Home of Copake.

He is survived by: his sisters, Winnie (Clarence) Speed and Mary Graziano. He was predeceased by the “love of his life,” Robin Hamm Klima. They raised their family in Philmont. He had four children, Michael, Scott (Patricia), Jeffrey, Jennifer (Keith) MacTavish; eight grandchildren, Jeffrey, Kristopher, Michael, Alexsis (Elson), Ashley (Alex), Keegan and Brian (Bridget). He was predeceased by his granddaughter, Savannah. He also had great-grandchildren. He met his newest great-grandson, Max, prior to his recent illness.

He worked for Mabey’s Moving and Storage and enjoyed working for the Mabey family. He was a Navy veteran and a member of the Greenville American Legion Post 291. He always enjoyed his vacations to Disney World with his wife and decorating for Christmas. There was never a branch on the Christmas tree that did not have an ornament.

After an illness 13 years ago, he moved to live with his daughter in Greenville. He spent his time there with his constant companion, his dog Hope. He enjoyed taking her for walks to the park and sitting outside on sunny days waving at neighbors as they passed by.

The family thanks the Albany County EMS, nurses and support staff at Albany Medical Center and Whittier Nursing Facility for their compassionate care.

There are no calling hours. Services will be announced later in the spring, to be held at the Mellenville Union Cemetery.

Arrangements are with the Sacco Funeral Home, Greenport.