Born March 1, 2002 in Hudson, she was the daughter of Jacqueline Engel of Hudson.

She was an activity aide at The Grand at Barnwell in Valatie. She loved caring for the elderly and enjoyed hiking, walks in the woods, animals, photography, drawing, writing and painting.

Besides her mother, she is survived by: her maternal grandparents, Robert T. and Betty Engel of Hudson, several aunts, uncles and cousins.

Visitation was held December 30, 2021 at the Raymond E. Bond Funeral Home, Valatie. In lieu of flowers contributions may be made to the Columbia-Greene Humane Society, 111 Humane Society Road, Hudson 12534.

Born November 27, 1984 in Albany, she was the daughter of the late Mark Shook and Gloria Shook (Bell) of Valatie.

She was home-schooled and graduated with an associate’s degree from Columbia-Greene Community College in 2003. She was a librarian clerk for New Lebanon Library and most recently the Castleton Free Library. She was an avid book reader and horse-lover who loved animals and playing Dungeons and Dragons.

Besides her mother, she is survived by: her two sisters, Emily Shook of Valatie and Brandi Carabateas-Shook of Schoharie; several aunts and uncles. She was predeceased by her brother, Tyler Shook.

Visitation was held December 29, 2021 at the Raymond E. Bond Funeral Home, Valatie. Burial will be in Woodlawn Cemetery at a later date. In lieu of flowers, contributions may be made to the Ronald McDonald House.

“Judy” was born in Burlington, VT, to Gene and Carrie (Carpenter) Benoit, August 31, 1947. After a move to Massena, she went on to graduate from Massena High in 1965. Shortly thereafter, she met the love of her life and future husband of 56 years, William, “Bill.”

She loved spending her free time with her husband, gardening and landscaping in their yard. She had a great love for butterflies and angels—she was an avid collector of both and believed in all they represented. But her greatest love was spending time enjoying her family—spoiling her grandchildren and cooking for all. Family was everything to her, and they’re all looking forward to the next time a cardinal visits, to signal that she’s nearby. Calling hours will followed by a brief prayer service were held December 28, 2021 at Raymond E. Bond Funeral Home, 1015 Kinderhook Street, Valatie. Interment and a Celebration of Life will follow in the summer, at a date convenient to the family. The family thanks the Valatie Rescue Squad (VRS) for their dedicated service. In lieu of flowers, memorial donations may be made to VRS, 35 NY-9H, Valatie 12184, or the American Diabetes Association, P.O. Box 7023, Merrifield, VA 22116-7023 or at www.diabetes.org. 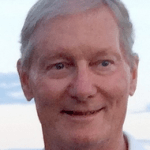 STUYVESANT—Kevin Lyle Nooney, 72, of Stuyvesant passed away December 19, peacefully at his home with his family by his side.

He was born in Hudson to Harold and Jane (VanAlstyne) Nooney, April 14, 1949. He graduated from Ichabod Crane High School in 1968, earned an AAS degree from Hudson Valley Community College, and worked for NYS Taconic DDSO retiring in 2004. After retirement he worked part-time for Columbia County Solid Waste, which he enjoyed for 17 years. His passion for the drums led him to play with several popular local bands, most notably, Jarrod, Phoenix and King of the Forest. He was a lifetime member of Glencadia Rod and Gun Club and Stuyvesant Falls Fire Company.

Mr. Nooney is survived by: his wife, Connie (Smith) Nooney; his two sons, Aaron (Wendy) and Jason (Stacey); his grandchildren, Joshua and Miah; his sister, Tamara (Nooney) Proniske, her husband George, and their children Trisha and Gregg; he was predeceased by his parents.

A small service for family and close friends was be held at Cornerstone Fellowship Church in Kinderhook, December 28. In lieu of flowers, the family requests donations be made to Community Hospice or Leukemia Society. The family is grateful to the hospice organization for the love, care and support during this difficult time. Arrangements were with the Raymond E. Bond Funeral Home in Valatie. 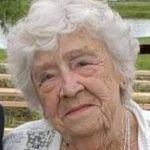 HILLSDALE—On December 27, 2021, Virginia Ann Sander, nee Scholz, of Hillsdale passed from this world with her children and grandchildren gathered by her side. She left this world as she lived in this world, surrounded by her beloved family.

Born November 8, 1935, in the Bronx, “Ginny” was the firstborn daughter of Alfred and Frances Scholz. She lived with her two sisters and her mother’s mother, “Mom” in a family-owned apartment building. Early on, her mother gave her the role of caretaker for her family, a role she accepted, and graciously perfected throughout her life. Her early years were filled with family, friends, summer months in a Pennsylvania camp, and her church youth group.

A graduate of Walton High School, she attended Berkeley Business School and went to work for a Radio Station in Manhattan. While vacationing in the Catskills, she met Peter V. Sander, a handsome Army honor guard who was visiting his aunt’s farm. They were soon married and began to grow their family.

Moving from the Bronx to Yorktown Heights, she spent the next 30 years building a home for her husband and four children that was full of laughter and love. She was a good neighbor and made lasting friendships both in her town and at her work where she was a dental assistant. In 1989, she lost her beloved husband and dancing partner, Peter, and moved to their newly built house in Hillsdale to be closer to her mother and sisters.

While her family was of utmost importance to her, she also loved to travel and had a part-time home in Clearwater, Florida. She spent many a winter sharing her beautiful beaches and warm Gulf sunsets with visiting family. She made it to Germany to visit her roots and extended family. She traversed the country while always returning to her cherished home on the hill and mountain view.

In her last years, she valiantly fought illnesses to treasure every last moment of her beautiful life. She rejoiced in her children and grandchildren’s accomplishments and was most proud of the fact that they, “Are all good people.”

Mrs. Sander is survived by: her four children, Valerie Frey and her husband James, Peter G. Sander and his wife Kara, Frances Foley and her fiance John, Christine Foster and her husband Tim, as well as her sister, Frances Stang. Her memory will also be carried forward in the hearts of her 11 grandchildren, Jason, Tristan, Georgeanna, Jacob, Peter, Jessica, Jordan, Meaghan, Thomas, Nathan, and Caitlin, as well as many nieces and nephews.

In lieu of flowers, friends and family are invited to donate to the charity of their choice in her memory.

Born in 1961, she graduated from Wahconah High School in 1979 and McCann Technical School in 1980, where she majored in cosmetology.

Mrs. Durlack worked in many area restaurants including Timothy’s, Shaker Mill Tavern, The Sand Piper, Back Water Grille and her family restaurant, Ye Olde Forge Tavern, where she invented the award-winning recipe for the original wings. More recently, she operated MEPS BBQ in Canaan, where she made many savory dishes. She was always in her element when cooking for a crowd—whether total strangers, returning patrons or for big holiday meals at her place. A memorial service will be announced and held in the spring. Memorials may be made to The Hospice Inn at St Peter’s Hospital, 315 South Manning Boulevard, Albany 12208. For online condolences visit wenfuneralhome.com 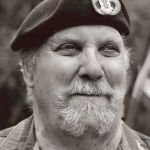 HORSEHEADS—Formerly of Bethel Park, PA, Thomas L. Jensen passed away Tuesday, December 28, 2021 at the age of 84.

He grew up on a dairy farm in Copake and graduated from Roeliff Jansen High School.

He was predeceased by his parents, Walter and Lula and father- and mother-in-law, Rex K. Noble and Rose Lee Noble. He is survived by: his loving wife of 58 years, Margaret A. Noble Jensen; daughter, Lisa J. (Andy) Berg and their children, Sarah (Jason) DeRise, Jessica and Andrew; son, Jon Jensen and his son, Ryan; son, Andrew C. Jensen and his daughters, Andrea (Adam) DelGrosso and Alyssa Jensen; daughter, Amy E. Jensen; son, Matthew J. Jensen; 11 great-grandchildren; brothers, Peter (Mary Lou) Jensen and Eric (Joan) Jensen; sister, Amy Lou McAden; brother- and sister-in-law, William L. (Dorothy) Noble; his beloved “fur babies”; and many extended family members and close friends. He attended Hobart College and West Virginia Wesleyan College, where he earned a BS in economics and played football and lacrosse. Notably, he played against Jim Brown when Hobart played Syracuse University. He served his country honorably with the U.S. Army 82nd Airborne Division. He worked for various local companies, Corning Inc., Thatcher Glass and Schweizer Aircraft. He was retired as a purchasing agent from Bombardier. He was an avid cyclist, primarily riding around the Finger Lakes, and paddling his folbot (kayak) around Lamoka Lake. Mr. Jensen was also a hospice volunteer for more than 25 years and was awarded volunteer of the year in 2003. He will be lovingly remembered as a husband, father, grandpa, brother and friend. He always thought of life as a “great adventure.” The family welcomes thoughts and prayers at this time, but services will be held at a later date. In lieu of flowers donations may be made to CareFirst Hospice and Palliative Care, 3805 Meads Creek Road, Painted Post 14870 in his memory. Arrangements are with Sullivan’s Funeral Home, 365 East Franklin Street at Route 13, Horseheads.

Condolences, words of comfort may be expressed at www.sullivansfuneralhome.com.