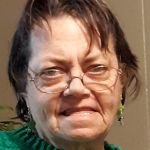 CHATHAM—Barbara A. Laspada knew everyone, and they knew her. She passed away January 5, 2022.

She was born May 16, 1955 in Manhattan. She graduated class of 1974 at Dodge Vocational High School. In Manhattan she worked in retail.

In 1977 she married her husband of 43 years. She moved up to Chatham, where she continued to work in retail. She volunteered her time with the Ladies Auxiliary of the Chatham Fire Department, Saint James Church, and the Mac-Haydn Theatre.

Calling hours will be on Wednesday, January 12, 11 a.m. to 12:30 p.m. at the French, Gifford, Preiter & Blasl Funeral Home, 25 Railroad Avenue, Chatham, followed by a Mass of Christian Burial at Saint James Church at 1 p.m.

In lieu of flowers contributions may be made to the family to help offset the costs of funeral services. Condolences may be conveyed at frenchblasl.com. 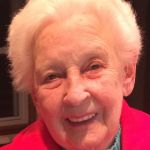 POUGHKEEPSIE—Bertha M. Schnackenberg of Kinderhook passed away Friday, January 7 at The Pines at Poughkeepsie Center for Nursing and Rehabilitation in Poughkeepsie.

She was born in Great Barrington, MA, to John and Bertha Malally (Keefner). From there the family moved to Hillsdale, where she graduated from Roeliff Jansen High School in 1953.

In 1955 she married John Schnackenberg of Ghent. Together they raised two children and operated the family’s dairy farm until 1986. During that time, other than her roles with the family farm and being a mother, she held jobs as a medical receptionist and home healthcare aid.

She always found time to volunteer and made sure that she was able to support her children by attending almost every sporting event or activity they participated in.

Services will be private. Arrangements are with the Raymond E. Bond Funeral Home, Valatie. In lieu of flowers donations may be made to the Immune Deficiency Foundation at https://fundraise.primaryimmune.org/Memorial/bschnack.