CLAVERACK—John M. Libruk, 65 years old, of Damita Drive in Claverack passed away January 7 at home surrounded by loved ones after a courageous battle with lung cancer. His wife of 38 years, Regina, as always was by his side.

Mr. Libruk was the proud and loving father of Lauren (Aviv) Bachan of San Jose, CA, and Alisha (Inez) Libruk of Stuyvesant. He was grandfather to Ari and Maya Bachan and Paxton and Channing Libruk. Also surviving are: his brother, Mark (Renae) Libruk; his brothers-in-law, JB Drahushuk and Mitchell Karp; his beloved nieces, Audra (Andy) Bennett, Tara (Steven) Manierre, Morgan Libruk and Aaron Libruk; and his cherished English Springer Spaniel, Jake. He was predeceased by his parents, John and Mary Libruk and his sister, Patricia Drahushuk, all of whom he loved dearly.

Mr. Libruk retired after a long career with the NYS Office of Children and Family Services Brookwood Secure Center in 2010. He particularly enjoyed his work at Zero Tolerance Manufacturing, Ghent in his final years.

He spent his life hunting, fishing and storytelling. He will be greatly missed by his family and many friends. Calling hours were held January 10 at the Bates and Anderson – Redmond and Keeler Funeral Home, Hudson. Graveside services were held January 11 at Cedar Park Cemetery in Hudson. In lieu of flowers the family asks that donations be sent to St. Jude’s Children’s Research Hospital or Community Hospice of Columbia County.

HUDSON—Jeffry T. Ringwood, 48, of Columbiaville died Saturday, January 8, 2022 at Columbia Memorial Hospital. Born October 19, 1973 in Poughkeepsie, he was the son of Pamela Ceasarine of Rhinebeck.

He was a shop manager for DeBrinos Caulking Associates. He is survived by his longtime partner, Jennifer Stone; children, Tyler and Madison; his brother, Christian Ceasarine and sister, Jenna Ringwood.

There are no services scheduled at this time. Arrangements are with the Sacco Funeral Home, 700 Town Hall Drive, Greenport. To leave online condolences visit www.saccofuneralhome.com

He was born to Charles and Anna Varriale October 29, 1933 in NYC. He was a loving husband, father and beloved grandfather. He attended LaSalle High School in NYC, was AAU wrestling champion in 1951 and then joined the Navy from 1951 to 1954 as a Seabee in the Philippines.

On July 26, 1953, he married Haydee L. Santiago. His greatest accomplishment was raising 6 children with Haydee, his wife of 69 years. He adored all the grandchildren to come. After his military service he primarily started his carpentry career, known at Vincent’s Home Alterations.

He built the family homes in Clermont, NY, and Oxnard, CA, and settled in Craryville in 1968. He was an accomplished cabinet maker. For 25 years he did renovations, improvements and cabinetry at Camphill Village, Copake.

He was never idle. He had many hobbies and interests. He loved the outdoors and with the family enjoyed gardening, fishing, hiking, camping, ice boating, skating, ice hockey, fossil and rock collecting, canoeing, swimming, badminton, Sunday drives and picnics. His love of history started as a teenager with stamp collecting. He enjoyed motorcycle rides, cooking and writing a cookbook, black and white photography, sea shell crafts, and playing the harmonica.

A celebration of life will be announced at a later time on the website of Peck and Peck Funeral Homes, Inc. Contributions in his memory may be made to Community Rescue Squad, P.O. Box 327, Copake 12516 or Columbia-Greene Humane Society, 111 Humane Society Road, Hudson 12534. To leave a message of condolence visit www.peckandpeck.net

He was born November 14, 1958 to Thomas and Anna Dalton. He was predeceased by his father, Thomas and brother, Thomas, Jr. He is survived by: his two children, Robert and Stephanie; sister, Nancy; brother, Richard and grandson, Daniel.

He was an avid outdoorsman and loved fishing, especially in Montauk. He enjoyed classic cars, drag racing, and was one of the biggest Mets and Jets fans one would ever meet.

Originally from Westchester County, he graduated from Eastchester High School and spent 30 years as a member of Local 21 Plumbers and Steamfitters until retiring to Columbia County in 2015. 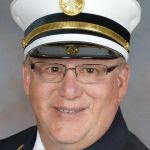 LIVINGSTON—Thomas Jay Shumsky of Livingston passed away peacefully January 7, 2022 at the young age of 62.

He was born November 25, 1959 in Hudson to Shirley I. (Dallas) Shumsky and the late Stephen S. Shumsky.

To some people, he was known as “Shumper” or “Happy” or just “Tommy,” it depends where and how you knew him, but his favorite nickname was “Papa” when his grandkids called out to him. When he stretched out his arms and called out, “come to Papa!” the kids came running. He knew he was in trouble when he was called, “Thomas Jay.”

He graduated from Hudson High School in 1978 where he played football, ran track and was on the swim team (holding a high school swim record for many years.) After high school, he attended Hudson Valley Community College and made a 35-year career driving cement truck for F.H. Stickles and Sons. He often commented that he drove more miles backing up than most people drove forward.

For 44 years, he served his community as a brave and dedicated volunteer firefighter, beginning in 1978 when he and a group of friends joined the Stottville Fire Company #2. He had worked his way from lieutenant up to captain until he moved to Livingston in 1984 and joined Livingston Pumper Company #1. There, he worked his way from lieutenant and captain, up to second assistant fire chief, and later became a fire commissioner. In 2000, he joined the Greenport Fire Department—Becraft Pumper Company #2 where his tour of duty ends. He worked his way up the ranks again to hold the position of second assistant fire chief. He was proud to represent all the positions he held in the fire service and gave 100% to each one.

Mr. Shumsky was also involved with many other organizations. They include: Southern Columbia County Ambulance Squad (SCCAS), Bridgemen Drumline and Color Guard, Columbia County Volunteer Firefighter’s Association, and as town councilman for the Town of Livingston. He liked to be busy! One of his favorite things was marching in a parade, whether carrying a drum or in the line of march, he didn’t care as long as he was in the parade (and not watching it). He had a knack for making the fire truck shine for the parade, there was never enough wax for the truck or Armour-All for the tires. He liked things neat, straight and orderly. He thought there was nothing better than the sound of a Federal Q siren to get the blood pumping.

Besides his sense of humor, one thing his family will sorely miss is his Cheshire cat smile. He just had a grin that went from ear to ear and they just knew he was up to something. That smile and the sparkle in his eye meant trouble, or a whole lot of fun, or maybe a little of both.

If he was in it, he was in it to win it. He put his all into everything no matter what he was planning or doing. He could be working a concrete job or planning out a fire drill; “if he was gonna do it, it was gonna be done good, and right.” He was the guy who made everything look like it was easy.

Though his heart was huge for his family and community, it was not strong enough to keep him here on this earth. “What a fight, we thought we had more time. May Tom rest in peace at home in the presence our Lord. You are so loved and so missed already.”

Visitation at the Bates & Anderson-Redmond & Keeler Funeral Home, 110 Green Street, Hudson will be held Friday, January 14 from 4 to 8 p.m. A procession will form at the funeral home, Saturday, January 15 between 9:45 and 10 a.m. and proceed to Livingston Cemetery for funeral services. In lieu of flowers contributions in his memory are encouraged to be made to Becraft Fire Co. #2, 257 County Route 14, Hudson 12534 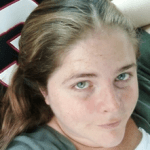 Born September 5, 1980 in Hudson, she was the daughter of the late David L. Martin and Shirley (Kowalski) Martin of Stuyvesant.

She was a 1998 graduate of Ichabod Crane High School. Her daughter, Jeniah was the light of her life and she homeschooled her since kindergarten.

Besides her mother, Mrs. Woodward is survived by her husband, Jeremiah H. Woodward; daughter, Jeniah Woodward; two brothers, Sean VanZandt of Stuyvesant and Jake Martin of Hunter; a sister, Lisa Marshall of Nassau and several nieces.

Visitation will be held Thursday, January 13, 2022 from 10 a.m. to noon at the Raymond E. Bond Funeral Home, Valatie. Burial will follow in St. John the Baptist Cemetery, Valatie. Contributions may be made to the family to help with funeral expenses.